by Kelvin Patrice
in Entertainment
0 0
0

Events promoters across the country, through their umbrella body UNA have written to Uganda Police seeking Clearance to convene a meeting to discuss solutions to a string of challenges affecting their trade.

In a letter dated 3rd January signed by the group’s leader Andrew Alphonse Mukassa of Bajjo Events, the Inspector General of Police is notified to attend the meeting which will attract attendance from members across the four regions of the country.

Key among the burning issues to be deliberated on are, hiccups in getting security clearance from RDCs, exorbitant Police, City and URA fees, handling radio and TV adverts, harmony among promoters, among others. 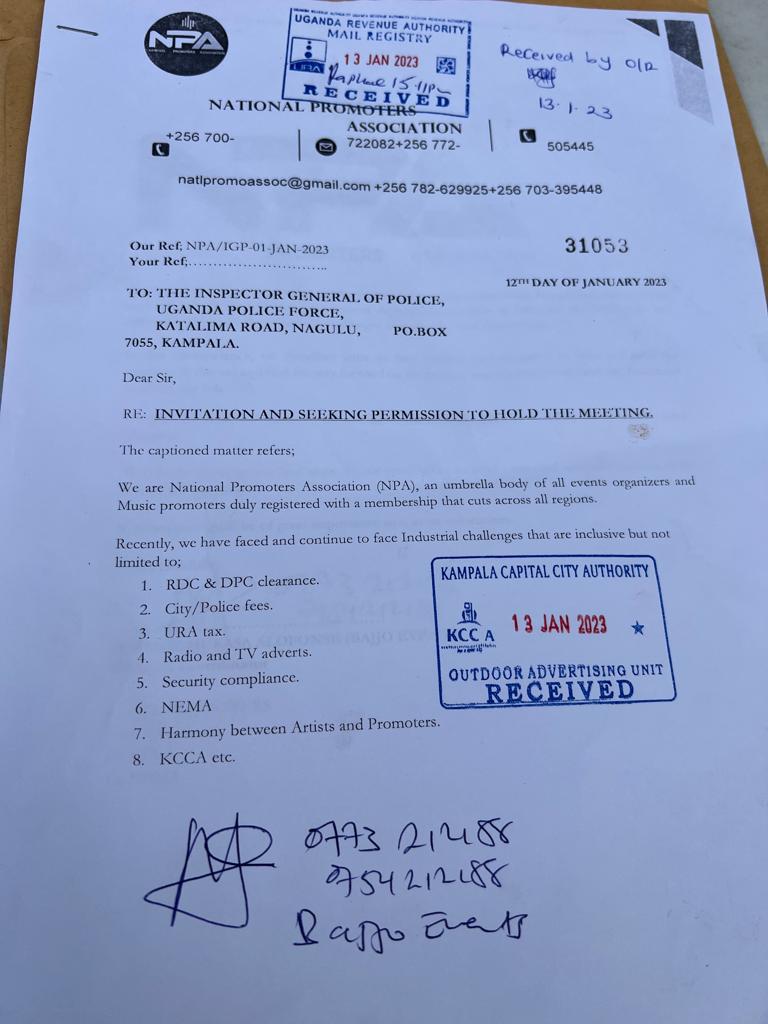 ” As a result, NPA has resolved to hold a meeting with different members, key players and stakeholders and officials from different government departments and entities to liase on the best ways and approach to handle the industrial challenges affecting the said association,” reads the letter in part.

In this circumstance, we therefore write to you seeking yiur clearance to hold and have a meeting to discuss on the way forward on the primary and key issues that have continued to affect our job,” adds the letter.

The planned meeting is scheduled to take place at Calender Hotel in Makindye on the 23rd. January. The Inspector General of Police Walter Okoth Ochola has also been invited to attend. 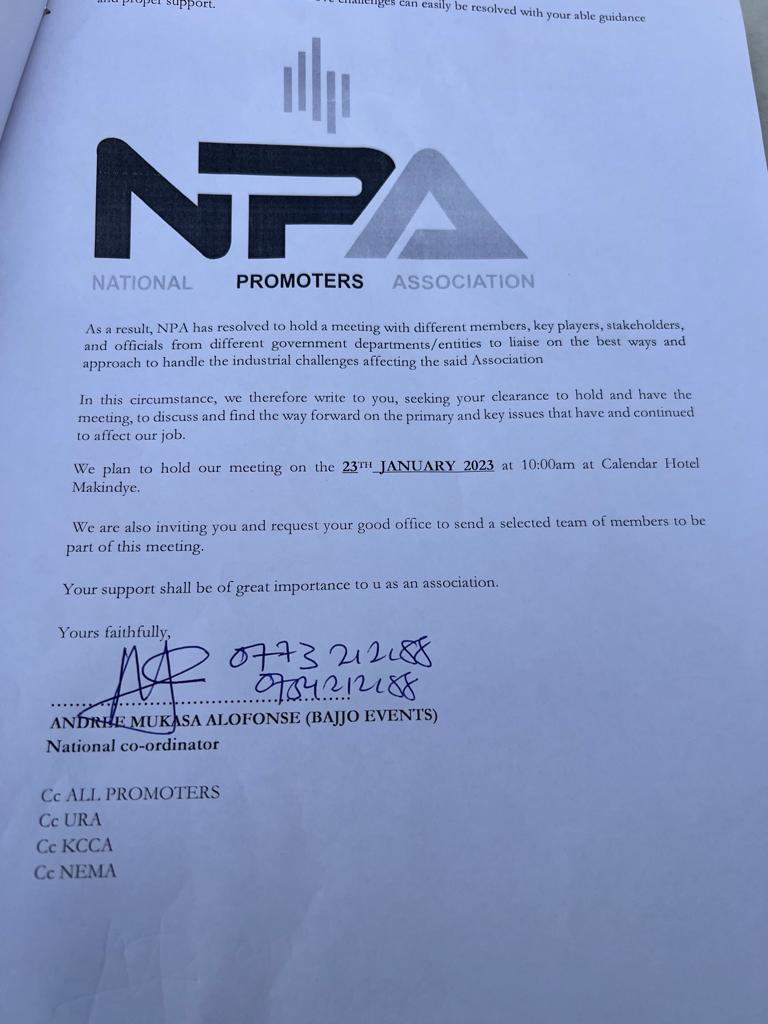 Speaking to this publication, Andrew Mukasa Bajjo confirmed the authenticity of the letter and noted that the meeting is part of the wider plans aimed at organising the trade by eradicating factors impeding progress.