by Stephen Kalema
in Entertainment, Showbiz
1 0
0

The 2nd Edition of the Malembe Block Party sponsored by Uganda’s big beer brand and a big supporter of the entertainment scene Club Pilsner was a worthwhile show that lived up to the high expectations of ‘Kampalans’.

The show was featured by NSG, a British afro swing artist group and Ugandan artists who managed to pull off what was an exhilarating performance that left whoever attended contented.

The performances were kick-started by one of Kampala’s newfound Party hypers MC Etania a.k.a Life of the Party and was later joined by Timothy Code, a celebrated emcee and one of Kampala’s top rappers.

These two got the crowd fired up before each curtain-raising act came out on stage and then got the audience in the most perfect ‘vibe’ for the main acts.

Uganda’s local rappers; Atlas Da African, Zaggazilions, Mun G, CDave Honcho and DJs Spinny, Dash, Emmie and Ssese pulled out a greater performance that to the extent of revellers begging them to get back on the stage, especially Mun G.

Although the majority of the audience were youth below 35 years, the huge surprise of the legendary singer Ziggy Dee who stepped on the stage after almost half a decade was one of the best acts by the organizers.

The Mic ya Ziggy Dee singer added a new flavour to the show which geared up the audience who sang with him all his songs and asked for more a move that almost broke him to tears.

The NSG who were the headliners also did what was expected, the group of six delivered a massive and energetic performance from the moment they stepped on the stage till the end.

The main acts; Kruddz, OGD, Papii Abz, Dope, Mxjib, and Mojo from the British afro swing group NSG (an acronym they say has multiple meanings such as; Non-Stop Grinding, Never Stop Growing, Nigeria Slash Ghana among others) stepped on stage at about half past 10 o’clock to a loudly cheering and excited crowd. 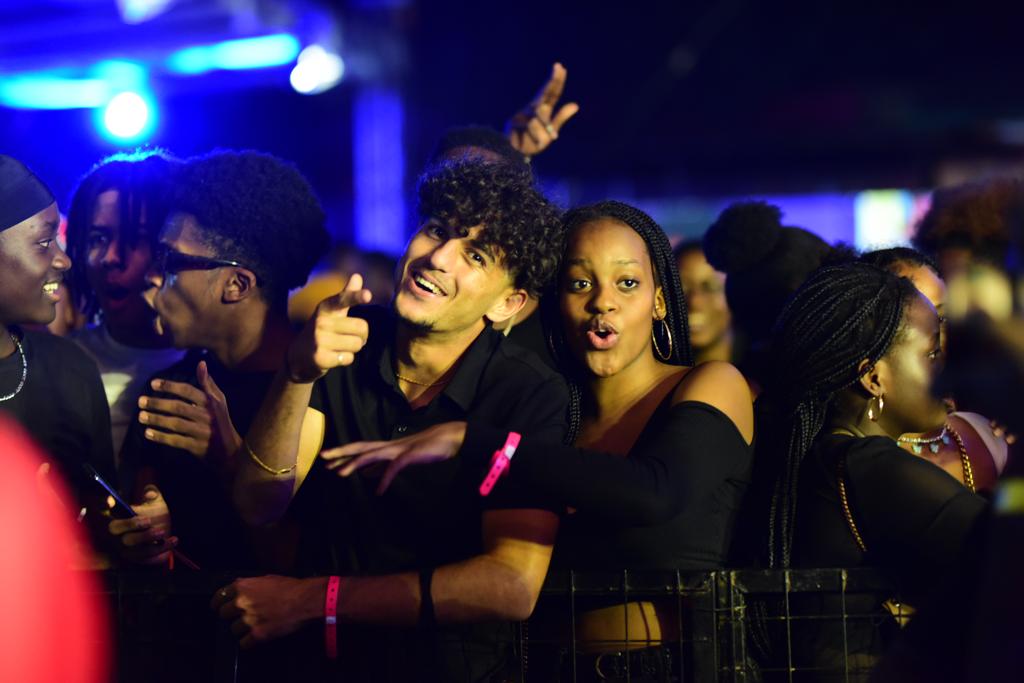 They shot through most of their top hits including Options, Petite, In Da Car, and Roadblock with the audience singing and rapping along.

The NSG left revellers yearning for more with the NSG promising to be back to Uganda soon. This was their first performance in Uganda.