by Allen Kisakye
in Entertainment
134 4 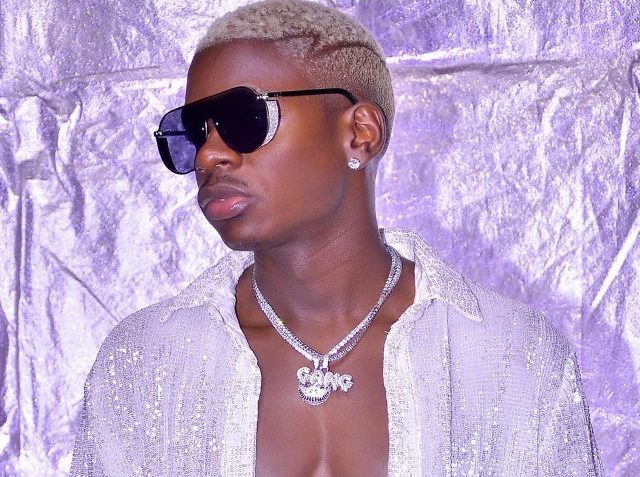 Singer Deus Ndugwa aka Grenade Official has responded to questions that he is in love with a much older woman.

Many people are concerned after rumours of Grenade, having a romantic relationship with the 40-year-old South Africa based Ugandan socialite Zari Hassan went public.

But through his social media platform on Monday, Grenade expressed that what the way he feels for the mother of five is beyond love but rather an addiction.

“Everyone has an addiction, mine happens to be her “zarithebosslady” he shared. And Zari couldn’t leave her ‘Bae’s’ post hanging as she responded with love “happiness babe”.

The love between Zari and Grenade was made official after their cosy video leaking on the internet.

In the video, the couple was worrying too close and ‘boss lady’ was seen jamming on Grenade’s song Mpulila Bibyo. Later he (Grenade) got so close and pecked her cheek.

When asked to comment about the love portrayed in the video, Grenade didn’t deny or accept having a romantic relationship with Zari, but instead stated that it’s not an offence to date a woman who is older.

“Any ways, falling in love with a woman who is older than you is no offense and it is acceptable most especially if you love or when you love each other to the fullest. In fact, it is very okay. At the moment though, I’m single and Zari is my good friend,” Grenade said during an interview recently.

12 things women do right before sex but never admit to

How Billionaire Sudhir envisions business and life after Covid19 era

Singer Angella Katatumba has described her experience with Producer Daddy Andre as professional and wondered why upcoming singers like Nadia...

Jamaican- American singing Duo Brick and Lace are to be reunited after seven years of separation, to give Ugandan’s a...

How Billionaire Sudhir envisions business and life after Covid19 era