by watchdog
in Business, Technology
0 0
0

If you think your phone’s expensive, then think again!

New iPhones can cost in excess of $1,000, which is a lot of money for most people.

But not for the owners of the phones on this list.

There are actually mobile phones, mainly iPhones, that are worth and have sold for over $1 million dollars!

So, BRACE YOURSELF, as this list of the 10 most expensive phones in the world will blow your mind!

The list of phones and figures mentioned below have been compiled from various sources around the web; such as Luxhabitat, Value Walk & Marketing91.

These are the 10 most expensive phones in the world:

The first most expensive phone on our list is the Virtue Signature Cobra.
Virtue has a reputation for creating some of the best luxury phones in the world, and their Signature Cobra edition is no exception.

The Signature Cobra is part of an eight phone limited series, each phone costing $310,000.

It was designed by French jewellery company Boucheron Vertu and assembled by hand in the United Kingdom.

As well as the phone itself being gold plated, the most striking and decorative feature, the Cobra, which wraps itself around the handset; is made of solid gold and contains four-hundred and thirty-nine rubies and two emeralds.

As only eight have ever been known to be created, getting your hands on one could be a bit of a nightmare, even if you’re well connected. 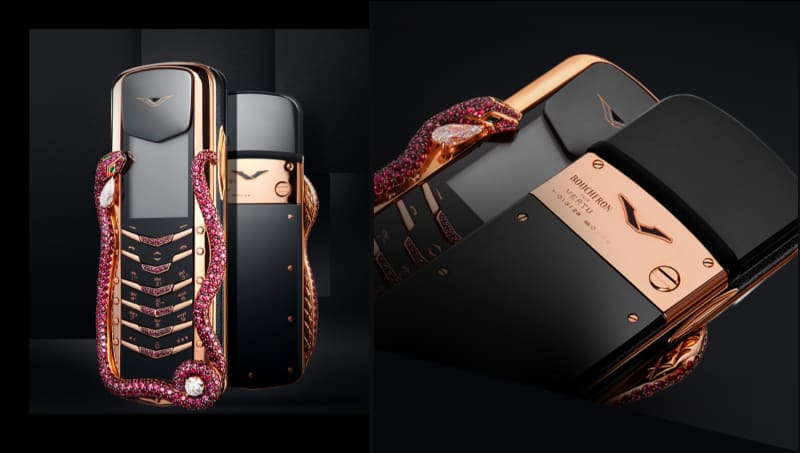 Next on the list is this impressive $488,150 phone from Goldvish, a popular Swedish brand.

The Revolution is part of a thirty-two unit series and is one of the most expensive phones to have ever been created.

The phone’s shape is noticeably different from most, which adds to its exclusivity quite a bit.

On top of that, it’s made from white and pink gold, fine leather, diamonds and has a sapphire glass display case.

If that wasn’t enough, the phone also has a detachable analog watch by Fredric Jouvenot.

If you’ve got close to half a million dollars to spend, then why not treat yourself! 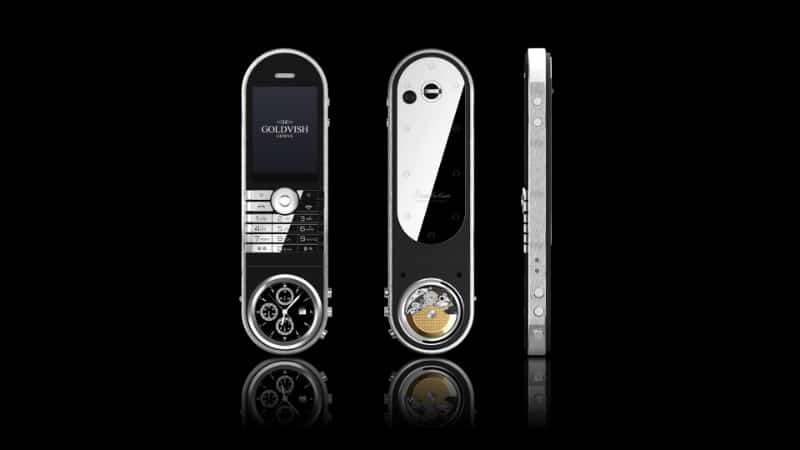 In eighth place, we have the Las Vegas Jackpot by Gresso, a world-famous accessory designer.

For a cool $1 million you can own one of the most expensive phones in the world.

Part of a limited edition series of only three units; each phone comes with its own unique number engraved on the back.

The phone is made from an impressive, one hundred and eighty grams of gold and black diamonds, each at 45.5 carats.

If you like your phone to have different textures, then the back panel is made from a precious wood of a two-hundred-year-old African tree.

Also, every key on the phone has been beautified with manually polished 32-carat gem sapphires. 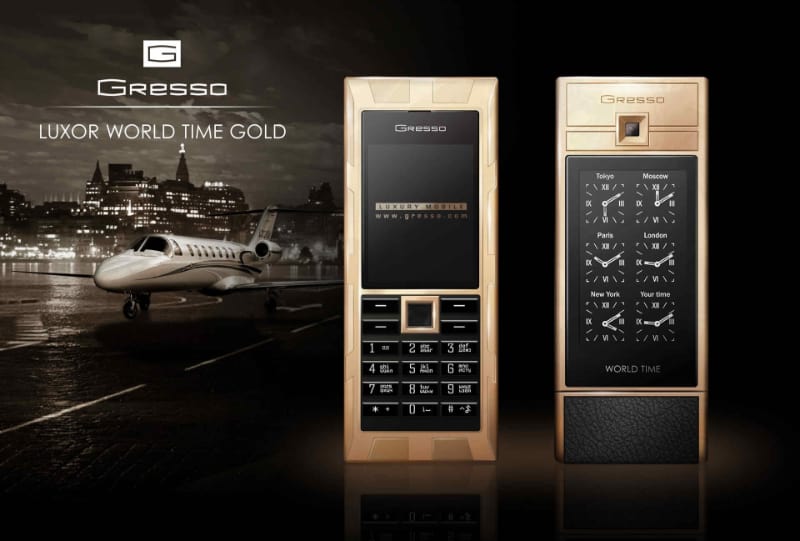 The next phone to break the $1 Million dollar mark is the Le Million by the renowned luxury brand, Goldvish.

At the time of its release, Le Million won a place in the Guinness Book of Records for being the most exclusive and most expensive phone in the world.

The phone was designed by Emmanuel Gueit, a jewellery and watch designer.

It is made with 18-karat white gold and has 120 carats of VVS-1 grade diamonds studded into it and its display case is made from Saphire Glass.

Getting your hands on one is going to be tricky, as Goldvish only manufactured three phones as part of a limited edition series. 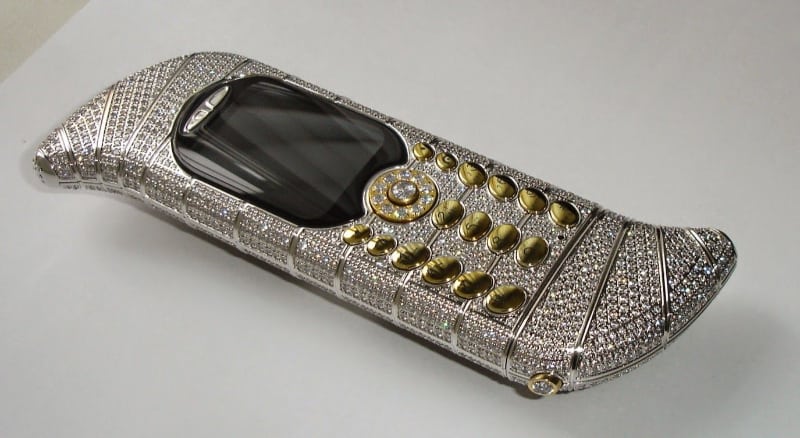 The Diamond Crypto Smartphone was once considered to be the most expensive phone in the world.

The phone was designed by Aloisson and manufactured by JSC Ancort.

The majority of the mobile phone is made up of solid platinum, whilst its logo and home button are made from rose gold.

As well as that, the phone has fifty diamonds studded into it, including 10 rare blue colored diamonds.

The small amount of wood that’s featured on the sides of the phone is made from Macassar Ebony.

Apart from the super luxurious aesthetics of the phone; the software it uses has been developed to include a special encryption technology to keep the owner’s sensitive information safe. 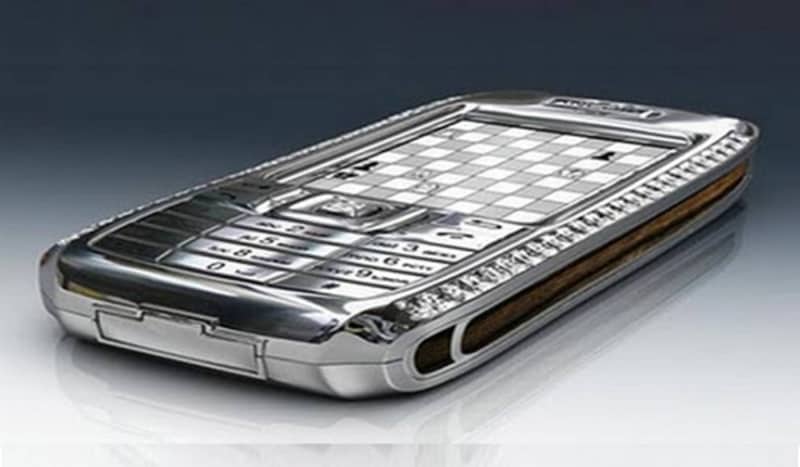 The fifth most expensive phone in the world is the iPhone 3G Kings Button, coming in at a whopping $2.5 million.

The phone was designed by Austrian designer, Peter Alisson, and is made up of, 18-karat yellow, white and rose gold.

The white gold strip, which runs around the entire edge of the phone, is decorated with one hundred and thirty-eight diamonds.

Perhaps the most significant and extravagant feature of the iPhone is the 6.6-carat single-cut diamond that’s been used to replace the iPhones original home button.

If pressing a 6.6-carat diamond to move your apps around isn’t luxury, then I don’t know what is!

The phone is considered to be one of the most beautiful phones in the market, and very popular with phone fanatics. 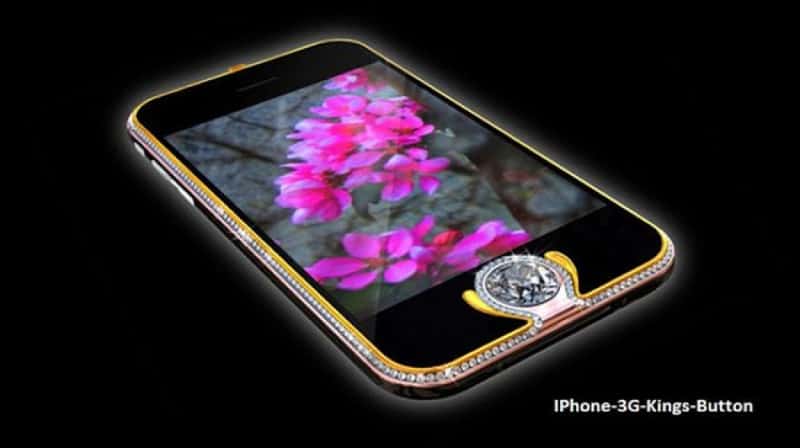 Similar to the 3G Kings Button, the Goldstriker 3GS Supreme has many of the same features but includes more carats.

The phone is another successful creation from Stuart Hughes and is made from two hundred and seventy-one grams of twenty-two-karat gold.

The bezel of the iPhone contains one hundred and thirty-six diamonds and the Apple logo on the rear of the phone is studded with fifty-three diamonds.

Now, similar to the Kings Button, the Goldstriker also has a single-cut diamond for a home button, but this one is a whopping 7.1 carats.

If the phone doesn’t do it for you on its own, then its packaging and the way it’s presented, might!

When you purchase a Goldstriker iPhone 3GS Supreme, you’ll be given a solid granite box; made from one single piece of granite, embellished with top-grain leather and Kashmir gold. 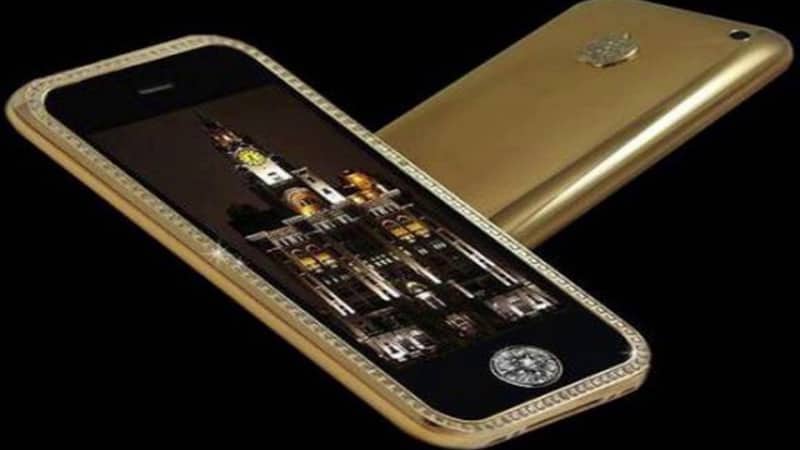 Coming in at number 3 is yet another iPhone design collaboration from Stuart Hughes.

This iPhone 4 Diamond Rose Edition is the third most expensive phone in the world.

To keep it exclusive, only two phones have been manufactured to date, each one was completely customised for their owners.

The phone is made from solid rose gold and includes five hundred 100 carat diamonds, and the Apple logo is decorated with fifty-three diamonds.

Like the previous two phones on our list, the home button is made from a single-cut pink diamond of 7.4 carats.

If you’re into your packaging, then you’ll be pleased to know that $8 million dollars will also get you a solid granite presentation box, like the Goldstriker Supreme and Kings Button. 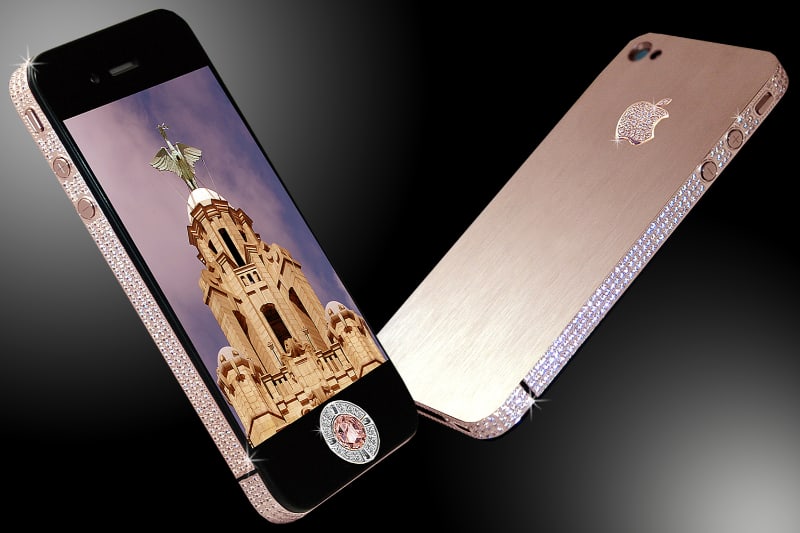 Continuing his dominance in the luxury phone market, and making yet another one of the worlds most expensive phones, Stuarts Hughes’s next iPhone is worth a staggering $9.4 Million.

Being the second most expensive phone in the world comes with a lot of expectations. With that said, the Elite Gold iPhone 4 certainly doesn’t disappoint.

The handmade phone is coated with five-hundred, one-hundred-carat diamonds and its rear panel and logo are made from twenty-four-carat gold.

The logo also contains fifty-three diamonds, to give it that extra wow factor, and the home button is made from an 8.6-carat single-cut diamond.

Now, to top it off, the phone comes in one hell of a box. In actual fact, it’s more of a chest. It’s made from solid platinum with actual polished pieces of original T-Rex dinosaur bone. 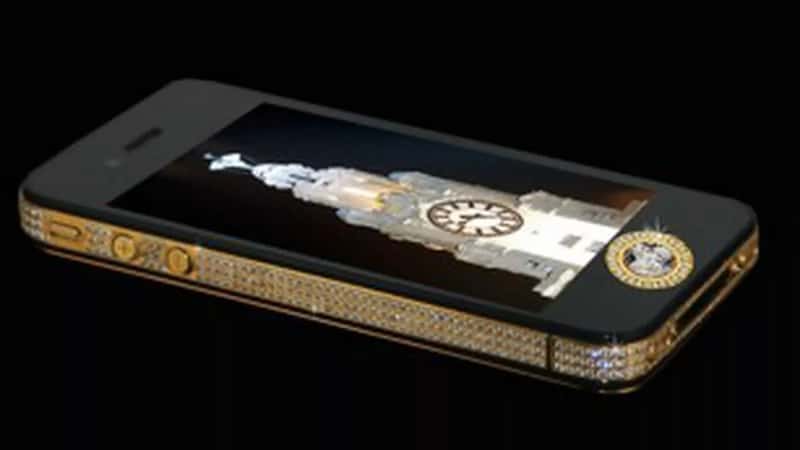 The Falcon Supernova is a customised iPhone 6, introduced in 2004, that’s covered in twenty-four-carat gold and decorated with one massive pink diamond on its rear.

Its also coated in platinum and features hack prevention technology to keep the owner’s information safe from unwanted prying eyes.

It’s not the nicest looking phone on the list in, but it’s still the most expensive phone in the world, so it gets it kudos for that! 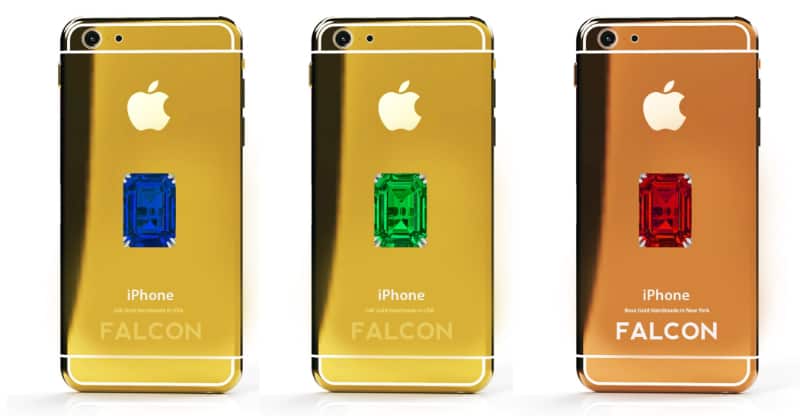