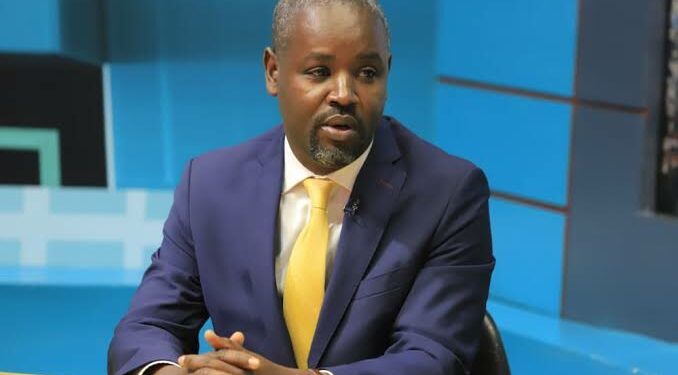 The Deputy speaker for Parliament Hon. Thomas Tayebwa has confirmed President Yoweri Museveni ‘s insistence to the ammendment of the coffee agreement, signed between Uganda Vinci Coffee Company Limited (UVCCL) and the Government.

Contrary to what was widely reported in the media last week, Hon. Tayebwa said on his Twitter platform that the Vinci Coffee Deal will not be terminated, but it will be returning, with just a few ammendments in it.

“What I can confirm to you is that no body is going to take away your coffee. We had a meeting with the President and agreed to change a few things in that controversial coffee agreement. The President shall soon give the nation an update regarding the same matter,” tweeted Hon. Tayebwa.

The Ruhinda North MP also said that after negotiations with President Museveni, MPs agreed that some of the clauses of the agreement be revised to curtail growing public discontent.

“I will touch on the issue of the so called coffee deal that was being discussed in parliament the other day. I could see fundamental disorientation in to the position of some speakers to that were speaking in parliament,” the President said.

Last week, Parliament relied on the report by the committee of Trade, Tourism and Industry, in public interest, to terminate the agreement signed between government, and UVCCL, an entity owned by an Italian investor Enrica Pinetti.

On May 18th, 2022, Hon. Mwine Mpaka, the Chairperson of the committee during plenary, presented a report on the Vinci coffee agreement, which revealed that it was illegal, as it contravened the Constitution and other tax laws.

The unfair terms of the Memorandum of Understanding (MoU) between government and UVCCL further led law makers into directing government to report back to Parliament within six months of adoption of the report.

The committee further noted that the structural adjustment programs that government instituted in the 1990’s led to the liberalization of the country”s economy, yet the agreement perpetuates monopoly, an indicator of illiberal tendencies.

It was also discovered by the committee that government exempted Vinci company from paying all opearational taxes, and was given 25 acres of land from where to operate, in Namanve industrial area.

As if that was not enough, the state also greenlighted the Vinci company to mortgage the said land in Namanve industrial park, to aquire a loan to finance its operations, according to the report.
Government also pledged to avail it with supplies of coffee under all circumstances, and also committed to cut all electric charges per unit, to minmise operational expences for the Vinci company.

Basing on the report by the committee, Parliament unanimously agreed that the deal be terminated, and officials who misled government into entering such a fraudulent agreement be penalized, as a deterence, to avert future occurance of such scenarios.