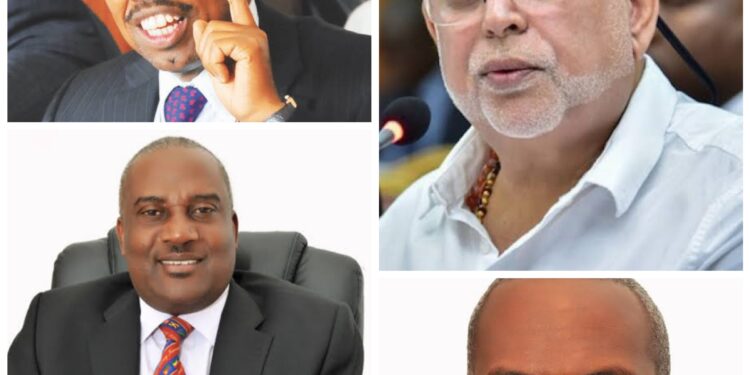 For an economy with a GDP of $37.4 billion, the Ugandan bourse is one of the most undervalued, with a marginal representation of local investors as high institutional ownership crowds them out of the market.

Despite the fast growth of the local economy, the market capitalization of the Ugandan bourse is valued at $6.1 billion (UGX21.6 billion), which is 16.3 percent of the country’s GDP in 2020, according to Billionaires Africa.

The market value of all the stakes owned by the 10 richest investors in companies listed on the exchange is $18.5 million. This represents just about 0.30 percent of the market’s $6.1-billion valuation, as institutional investors and parent companies of listed entities control a huge chunk of the market.

Based on figures derived from investment agencies, the latest annual reports and confirmations from capital market registrars, these are the 20 richest people who own stocks listed on the Uganda Stock Exchange.

The value of the shares is based on prices at the end of trading on Aug. 20, and valuations are converted to U.S. dollars at current exchange rates.

Ugandan tycoon Sudhir Ruparelia is one of East Africa’s richest men and the chairman of Ruparelia Group, a conglomerate with interests in hotels, real estate development, floriculture and broadcasting. He is also the richest person on the Uganda Securities Exchange. His holdings include 0.65 percent of Stanbic Bank Uganda worth $2.49 million; a 2.5-percent stake in Bank of Baroda (Uganda), which is valued at $2,095,224; a 0.29-percent stake in DFCU bank; and, 6.96 percent of NIC Holdings, an insurance company.

Emmanuel Katongole was the founder of Quality Chemical Industries, a pharmaceutical manufacturing company in Uganda. In 2015, Cipla of India acquired a 51-percent stake in the business from Katongole, and renamed the company Cipla Quality Chemical industries. (CQCIL). CQCIL manufactures triple-therapy antiretroviral medication, double-therapy antimalarial medication and the Hepatitis-B generic medicines Texavir and Zentair. Katongole pocketed millions of dollars when Cipla acquired control of the company in 2015. He still owns a 2.79-percent stake in the company worth $2.74 million.

George Baguma is the chief commercial officer of Cipla Quality Chemical industries and also sits on the board. He is a long-time associate and business partner of Emmanuel Katongole. He also owns a 2.79-percemt stake in the company.

Michael Aboneka: It is not the MP’s duty to buy Ambulances

Michael Aboneka: It is not the MP's duty to buy Ambulances