by Mubiru Ivan
in Business, Finance
3 1 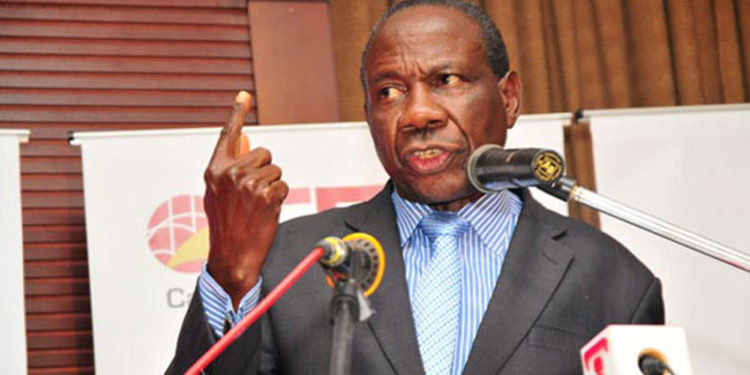 Bank of Uganda has contradicted with the Ministry of Finance over Shs481 billion recapitalization fund.

Recently, the Finance Ministry tabled the Budget Framework Paper (BFP) for the Financial Year 2021/2022 before the Budget Committee and among the items in the paper was the Shs481 billion recapitalization fund for Bank of Uganda.

However, while appearing before the MPs, the Bank of Uganda, Deputy Governor, Michael Atingi-Ego said that the Central Bank did not need the money as their capital base was not impaired.

“The procedure for recapitalization is that once the audited accounts for any financial year have been finalized, then the level of capital is determined…whether the capital is impaired or not. Should the capital be impaired, then it is only at such a point when Bank of Uganda requests the Ministry of Finance to present to parliament a request for recapitalization,” Atingi-Ego told Parliament in January this year.

Following the refutation by the Central Bank, MPs demanded that the Ministry of Finance revise the budget downwards by Shs481 billion to save taxpayers’ money from being allocated to an activity that has not been planned for by the would-be benefiting entity.

On Monday, Finance Minister Matia Kasaija revealed that the item has been removed from the final budget document that is before Parliament. He was appearing before the Budget Committee which is working on the final appropriations for the next financial year.

Kasaija came with a budget that has been revised downwards by Shs4.56 trillion from the Shs45.65 trillion in the BFP to now Shs41.3 trillion.

“The Bank of Uganda recapitalization has been removed both from the resource side as well as from the expenditure side of the budget,” Kasaija stated while presenting to the Budget Committee.