by Stephen Kalema
in Business, Companies
5 0 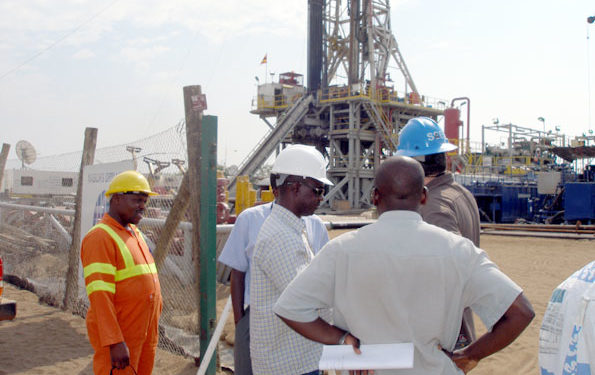 The governments of Uganda and Tanzania will this month be signing the Final Investment Decision (FID), meant to develop oil fields and the proposed East African Crude Oil Pipeline (EACOP).

The deal between the two countries and oil companies of Total E&P and China’s CNOOC is worth 15 billion dollars.

After the signing, construction of the oil and gas pipeline will immediately start and hundreds of jobs are expected to be created at the production stage and the exploration stage.

However, despite the availability of the venture, the probability of many Ugandans benefitting from the opportunity is too limited due to a number of factors.

According to Keith Kitunguru Boosa, the Director of operations Petro Marine Uganda, most local companies supply fake and substandard materials that do not match with international standards.

“Ugandans have failed to maintain standards for their products for international markets and this will affect people who would want to supply commodities to foreign companies that will be here for the oil and gas sector. We have a small group of people learning about this sector and such number is very small compared to jobs expected to be created.”

Although Uganda has two recognized institutes like Uganda Petroleum Institute, Kigumba (UPIK) and the Institute of Petroleum Studies that are offering petroleum courses, there are still few people with certified skills as far as the oil field is concerned and this means the country has not prepared its citizens for such big opportunities.

Ivan Okuda, a welder in Bwaise who sells his fabrications in Tanzania and South Sudan told this website that Ugandans are good at welding but lack certification.

“First of all there is lack of information about the jobs in Oil and gas sector in the public domain, therefore the custodians of this information instead of sensitizing us, they are selling it to rich people who are too green about welding gas pipe,” Okuda said.

But Ugandans to access such employments, they need to have their technical skills certified by the internationally recognized institutes across the globe.

According to Ramathan Wagogo the Executive Director of Petro Marine Uganda, for one to get a job in the oil and gas sector, there are policies mostly focusing on the safety of workers and internationally recognized skills certificates.

“The organizations at the helm of the industry like Total E&P and CNOOC will not change their policies of employment so that Ugandans can fit in, but it is Ugandans to change and fit in the policies,” Wagogo said.

He added that as much as all stakeholders and government officials are pressurizing foreign companies to embrace the element of local content that enables Ugandans to benefit, there is no way around the international certification requirement will be overruled.

According to a report by Oxfam last year,, the regional oil and gas industry has the potential to become an additional revenue stream to enable the delivery of social services to citizens. Nevertheless, local people still lack skills that are mandatorily needed, noting that such a small issue can knock them out at the procurement stage.

According to experts, with the oil production sector at its peak, it is most likely to employ between 11,000 to 15,000 people with expectations that the figures will shoot up but the issue is who has the skills.