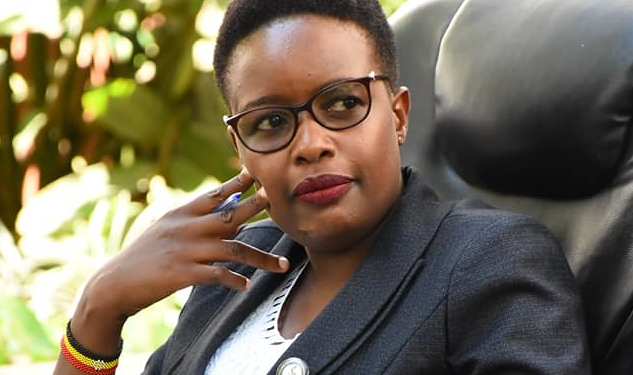 The Women’s Movement in Uganda is being pulled into the center of the election of Speaker of Parliament.

This process is coming at the backdrop of one of the most violent and rigged elections in the history of our Country. This violence in this election started in Parliament in 2017 when the Speaker allowed strangers into Parliament who meted violence on MPs indiscriminately. We saw women being thrown around the Chambers of Parliament like objects, we saw women being kicked and beaten like snakes, we saw some women like Betty Nambooze’s back being broken and today she has to walk with metals implanted in her back. It is this violence that returned Mr. Museveni back on the ballot and that marked the beginning and torture of women and children across the country throughout the election period and even beyond.

As we talk today, most women can’t trace their husbands, children and friends. We still have a dark cloud hovering over the country; These are matters the women movement should be preoccupied with. Instead the women movement have swept these issues under the carpet and are choosing to front and support the midwife of Women’s suffering to retain the position that she used to cause all the mayhem that engulfed this country.

For us the women who speak for the Voiceless Women, the under privileged women, the tortured women, we are not about to forget and abandon them on the road as they fight for Freedom and Justice for our Country.

We therefore think that it’s wrong for the Rt. Hon Kadaga to use the Women’s Movement as a vehicle for retaining her position when she has totally abandoned and forgotten the struggles of the ordinary women of this country.

Let me make this clear! We are not against any woman politician, what we are against are women that support the oppression of their fellow women and yet want to use them to attain and retain their high positions.

To the Women Organizations and women activists that are supporting Kadaga, what are your justifications beyond simply having a woman as a Speaker? Is it not you that brought the proposal of the two term limit for affirmative action seats? Is it not you who have been advocating, training and encouraging us, the young women to take up such positions.

Kadaga has been in the Office of the Speaker for 20 years now, she has been in Parliament for 30 years, is it not time for her to give way to other women/ men who are pro Women that are in Parliament.

The same Women Organizations have been running campaigns against women violence, they have been doing this in isolation without Kadaga’s help. The marriage and divorce bill that is supposed to secure the safety and future of the vulnerable women and their children has been frustrated by a Parliament that she presides over.

With all this, you can see with your naked eyes that Kadaga only gets interested in Women when her position is under threat. We must not let this happen again! We must not allow to be used.

We need to work towards a Just system, because a just system doesn’t discriminate, it treats both women and men as equals and bridges the gender imbalances.

We must stop supporting and advocating for one woman who supports a system that keeps one woman at the top and pushes others down, we must push for a system that uplifts everybody. Unfortunately, Kadaga has not supported an uplifting system, she has supported the Dictator. Dictators all over the world suppress their citizens, and in the environment of Political Suppression, Women suffer double oppression.