by watchdog
in Business, Companies
7 1 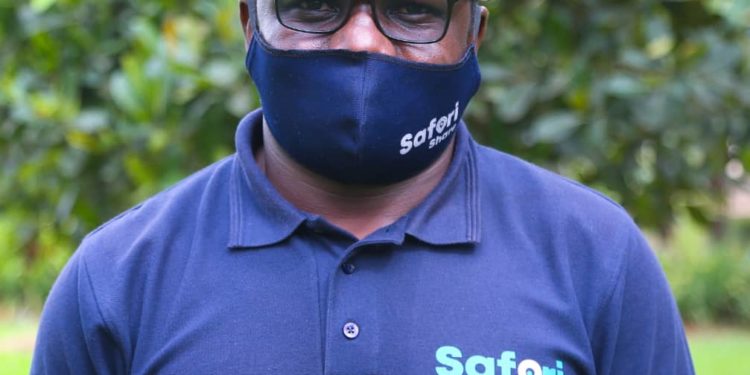 December 2019 was the month in which ride sharing app Safari share was officially born having done some testing and trials for a couple of months.

With a solid back end that ensures every user whether a traveller or driver fully registers, has a current picture of them captured by the data base, backed by an original identification document like a national ID or driving permit, the safety and security of both travellers and drivers is guaranteed.

“ Traffic jam especially around greater Kampala and it’s suburbs is a huge challenge especially during prime time. As a result instead of having so many cars on the road carrying one or two people, ride sharing can help reduce this mess. The struggle for public transport during these times is also a real hustle, and safari share plans to tackle this too” says Ernest Okot Safari Share’s co founder and CEO.

Having grown from 900 users at the end of 2019 to over 7800 as of mid February 2021, the company’s concept of ride sharing is gathering pace especially among the Corporate travellers who commute regularly to and from the city centre to different suburbs and those who travel upcountry as well.

“The numbers are rising every day and during the 2 days before and after Christmas, they moved over 980 people across the country going to enjoy the festive season and returning. On top of that there are new people signing up to the application daily through both google play store and the iPhone apple app store” says Tonny Butali Safari Share Chief Operating Officer and co-founder.

The key challenge they have right now is automatically matching prospective travellers with drivers in real time something their tech team is working behind the scenes to fix by the end of this month according to Butali.

Unlike the chaos involved in our disorganised public transport sector, Safari share presents one with a choice to be picked up at a point of convenience between the driver and traveller and you also get to travel at an affordable fee for example you can travel from Mukono straight to Mbarara for just 25000 shillings or from Namugongo direct to Jinja for only 10,000 shillings.

Short routes for regular travellers to and from the city for work are also in plenty on the application with most city suburbs like Wakiso, Nansana, Entebbe and others going for as little as 4000 shillings to 5000 shillings max.

“The fight for taxis especially during the rush hour that leaves the elderly, corporates, expectant mothers and the disabled among others inconvenienced is eliminated besides the fact that you travel in comfort when you choose safari share. Price stability is guaranteed as well as there is no sudden price hike because of weather or increased numbers” Butali says.

Two major steps are going to shape the future of safari share, first they are in advanced stages of upgrading their system and application to ensure they can in real time connect a traveller to the nearest driver through their advanced location algorithm system.

Secondly they are fundraising 1 million dollars about 3.67 billion shillings in form of Equity to invest massively in marketing and consolidating their backend technology to accommodate many more users and operate more efficiently.

“This will ensure we become a key player and game changer in the public transport arena ensuring convenience for travellers and affordability for both short and long journeys besides providing some extra cash for vehicle owners who often have extra unused space in their vehicles they can share with other travellers, ” Tonny Butali concludes.

ALDRINE NSUBUGA SNR: Sheikh Muzaata, Bob Kasango’s wills have become a mockery and their ‘after life’ has been turned into TV series