by Mubiru Ivan
in Business, Finance
17 1

Bank of Uganda has failed to fire 12 of its staff who were found guilty of falsifying their age.

The bank has instead allowed them to voluntarily retire instead of outright dismissal as set down in the Central Bank’s Administration Manual, which means they will be entitled to benefits.

The anomaly was discovered after BoU Management asked all staff to submit copies of their National IDs and it was found out that 12 staff had different dates of birth from those submitted to the bank at the point of entry.

According to CEO EA Magazine, the board, in their November 2019 meeting agreed to have the staff retire voluntarily which would entitle them to their full benefits rather than outright dismissal- causing a loss to taxpayers.

“The purpose of this Memo is to seek your approval for the above-mentioned staff to voluntarily retire rather than considering the Administrative Manual (April 2018) penalty recommendation under section 6.9.11 that calls for outright dismissal.”

It is said Kasekende gave the approval, noting that the board had discussed the matter.

Huawei to roll out Harmony OS to more products next year, but not phones and tablets 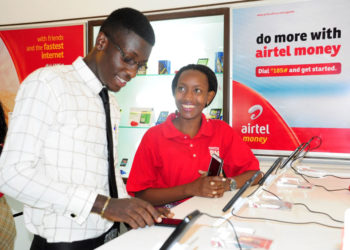