by Fredrick Kalyango
in Motorsport, Sports
9 0 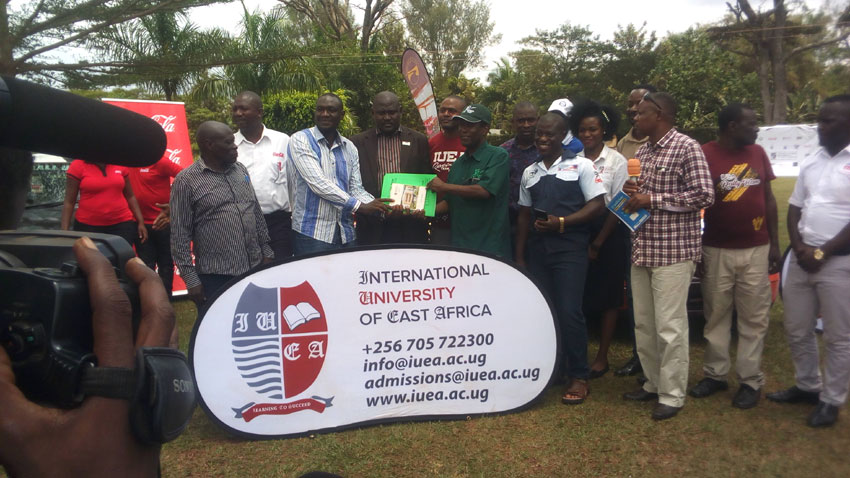 After the first round of the Federation of motor sports clubs of Uganda (FMU) National Rally Championship calendar that was held in Mbarara, all roads now lead to Jinja for the second round- International University of East Africa – Eastern Motor Club Rally ( the IUEA-EMC Rally).

The event that was launched on Tuesday at the Source of the Nile Hotel will see Jinja host an event for the first time in three years.

Since the sport is surrounded by many risks, all stakeholders sounded safety drums during the press launch.

“ I am happy to see that this event is launched today but it is my job to ensure that this event is safe,entertaining and developmental.In that case we have secured ambulances, contacted police and in touch with several hospitals and all these service providers are ready for the event so we expect a disaster free rally here in Jinja. our fans we love you because you are the reason why this sport exists but follow our guidance so that we all enjoy this sport happier,”Kayemba said.

The event shall cover a total distance of 295 km of which 154km are competitive.

The Rally has five sections with the longest and roughest being the Mutiko section.

The launch was also graced by Owek. Ntange Andrew the Public relations and Chief Executive Officer for Busoga Kingdom who revealed that His highness the Kyabazinga of Busoga William Wilberforce Gabula Nadiope shall compete in the rally.

Speaking to the media, Maurice Otieno the sales and Making manager of IUEA the title sponsor, promised more support to the sport.

“We are humbled that this has come to pass. We are a sports loving institution and we are glad to be part of this event. We promise to support you and we pray that you don’t let us down. Let the event be safe and secure,” Said Otieno.

The event shall begin on 6th March with screening and the rally shall begin on 7th with a super special stage in Kakindu stadium before heading for the last four sections on the final day of the event.