Five of the Greatest Ugandan Football Players of All Time

by watchdog
in Football, Sports
5 0 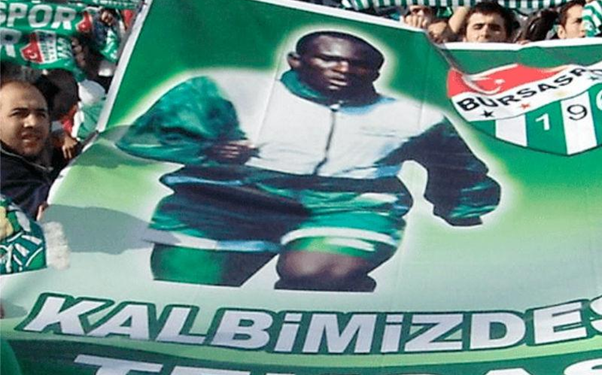 Football is a major passion for millions of Ugandan people. Ugandans live and breathe football and bestow superstar status on the best players. Uganda has produced scores of superb footballers over the years, most representing the national team in international competitions, helping The Cranes win the CECAFA Cup twice, including in 2019.

The following five footballers hail from Uganda and have gone on to great things in the beautiful game. Who else would you have on this list?

Majid Musisi was Uganda’s first true international superstar footballer. Musisi was the first Uganda footballer to sign for a European club and the man who put Ugandan football on the world map. Musisi was a goal machine who, if he were playing today, would be the hot favorite to win the Golden Boot with all the best sportsbooks online; he was incredibly gifted.

Musisi was born on September 15, 1968, in Kampala, Uganda. He attended the New Mulago Primary school, where he was one of the hottest prospects. Musisi was stocky and extremely powerful, which made him a nightmare for defenders. His robust frame and a keen eye for goal saw Musisi snapped up by Pepsi FC when he was only 16-years-old. Musisi abandoned his studies at Bashir High School and embarked on a professional football journey.

SC Villa snapped up Musisi despite having two promising strikers, Issa Kawooya and George Muwanguzi, on their roster. Musisi bided his time before making his debut, and it was worth the wait. SC Villa fans grew to love Musisi, who scored a staggering 144 goals between 1985-92.

Musisi began playing for The Cranes and continued his impressive scoring record for the national side. He helped Uganda retain the CECAFA title and was awarded the Footballer of the Year award in 1991.

1992 saw Musisi on course to beat Jimmy Kirunda’s 32 goals in a season record. He scored 29 goals in the league’s first round, including four in a 5-0 win over KCC. Musisi walked off the field after bagging his fourth; he had seemingly outgrown Ugandan club football.

French side Rennes paid $180,000 to secure Musisi’s services. He went on to play 64 games in France, scoring 18 goals. Turkish outfit Bursaspor paid 1.8 billion Ugandan shillings ($1 million), where he scored 31 times in 77 appearances. Musisi transferred to Dardanelspor, also of Turkey, in 1997 and stayed there for two seasons. The Ugandan superstar found the back of the net 29 times in 79 games, continuing his incredible scoring records.

Musisi moved back to SC Villa in 1999, but it was clear his best years were behind him. He spent two seasons there before moving to Vietnam, then ending his career with Ggaba United.

David Obua is another Ugandan footballer who made a name for himself outside of Uganda. Now the assistant coach of Maroons FC in the Ugandan Premier League, Obua played more than 330 games in his career and scored 110 goals.

Obua started his professional football career with Police FC in 1999. The left-footed maestro played left-back or as a left-winger. He only played 20 games for Police FC, scoring five goals, before moving to Raleigh Capital Express, where he scored 18 goals in 37 appearances.

The tall, lightning-fast Obou also played for Wilmington Hammerheads, Express FC (twice), and AS Port-Louis 2000 before South African giants, Kaiser Chiefs offered him a three-year deal after Obou shone for Uganda in a fixture against South Africa.

His contract with Kaiser Chiefs expired, which led to an unsuccessful trial and English Premier League team West Ham United. Scottish Premier League team, Heart of Midlothian, signed Obua, but their manager often played Obua in the unfamiliar role of a target man due to his 6ft 2.5in frame.

Six goals in 91 appearances between 2008-12 were what Obua managed for Hearts before he hung up his boots and turned his attention to management.

Austrian Bundesliga team, Red Bull Salzburg, signed Sekagya for £1.8 million on June 13, 2007, and the towering defender became a key player for the Austrians. He turned out 165 times for Salzburg and chipped in with six goals, helping Salzburg win three Austrian Football Bundesliga titles and one Austrian Cup.

Sekagya moved to Salzburg’s sister club, New York Red Bulls, on a free transfer on July 11, 2013. He played 33 games for the MLS team, scoring three times. He retired from play after the 2013-14 season and is now the assistant manager for the New York franchise.

Godfrey Walusimbi was the first Ugandan footballer to turn out for the national team in 100 matches; the left-back currently has 105 caps for The Cranes. The 32-year-old is, amazingly, currently without a club, although that should not be the case for too long because Walusimbi is an excellent defender.

SC Villa is the team Walusimibi started his career with back in 2006. He left in 2010, having played 92 games and having scored 22 important goals. He played for Bunamwaya SC before a brief spell at DR Congo side CS Don Bosco where he left after a couple of months after canceling his contract due to poor working conditions.

Walusimbi spent four years at Kenyan Premier League champions Gor Mahia before signing for South Africa’s Kaiser Chiefs, but only managed ten appearances before moving to Albanian outfit Vilaznia. Walusimbi turned out eight times but was not resigned after his one-year contract expired.

Goalkeepers rarely receive as much praise as outfield players, but Deni Onyango is different. The man from Kampala is a superb shot-stopper with more than 80 caps for The Cranes and more than 200 club appearances.

Onyango was amazing during 2016 when he won the CAF Champions League, competed at the FIFA Club World Cup, was named the 2016 African-based African Player of the Year, and was ranked 10th best goalkeeper in the world by the International Federation of Football History & Statistics.

He currently plays for Mamelodi Sundowns, where he is renowned for his penalty-saving prowess and one-on-one situations. However, after Uganda failed to qualify for the 2021 Africa Cup of Nations, he retired from international football.

ANDREW MWENDA: Lokech, the passing of a giant

ANDREW MWENDA: Lokech, the passing of a giant