by Caesar Abangirah
in Football, Sports
2 0
Share on FacebookShare on TwitterShare on Email

Cross city rivals Express Football Club and KCCA FC lock horns at the Betway Muteesa II Stadium with the red eagles hoping to bounce back from the disappointing losses against Onduparaka and Kirinya Jinja SS.

Mike Mutebi,who managed his 100th game at the club on Saturday against Ndejje University and also picked up the FUFA coach of the year accolade over the weekend will be keen to see his side get over Express who have looked off pace recently.

Mutebi andKCCA go into the fixture with one eye on their upcoming CAF Confederations encounter against Tanzania’s Mtibwa Sugar, which will see them through to the group stages of the tournament.

Kefa Kisala on the other hand will be wary of the recent dip in form by a team that has succumbed to consecutive defeats. But he still believes his players can cope with the pressure that comes with representing Express.

“If you don’t have the pressure then you don’t need to be in the league. The pressure is always there but how to handle it is the most important thing,” he told Watchdog.

“If you don’t have the pressure then you don’t need to be in the league. The pressure is always there but how to handle it is the most important thing,” he told Watchdog.

The Kasasiro boys are still unbeaten in the Uganda Premier League this season andsit three points above champions Vipers after 10 games despite the latterplaying a game less.

Express meanwhile have not won a league game since November 3, a run of four games which includes consecutive one-all draws against Vipers and Bright Stars and losses to Onduparaka and Kirinya Jinja SS.

The only other time the Red Eagles have not won in four was when they lost twice and drew thrice between April and May this year before a final day 1-0 win at Masavu as they avoided relegation.

History will be with Mutebi and KCCA as he has not lost or drawn a league game again this hosts winning all the previous four encounters against the red eagles since he returned to KCCA.

Express FC picked up a 3-0 win over Abdallah Mubiru’s KCCA which remains their only triumph to-date since 2015.

Express welcome back goal keeper Tony Kyamera who was out with an injury he picked up against Bright Stars. He made the bench against Kirinya and he is expected to take back his spot from Ronald Mutebi.

Midfielder Paul Mbidde also missed the game against Kirinya through suspension but he isback after completing his suspension.

However,former KCCA striker Tony Odur is likely to sit out this one as he is nursing a thigh injury picked up in training before their last game. Arthur Kiggundu will be subjected to a late test to ascertain if he is fit enough to feature in this one.

KCCA welcomed back midfielders Muzamir Mutyaba and former Express man Saddam Juma against Ndejje and the pair is likely to start in the midfield.

It remains to be seen however if Gift Ali has had enough training with the team to be deemed fit to play tomorrow after his long term lay off with a knee injury.

OPED: Why should we lose lives to floods and mudslides? 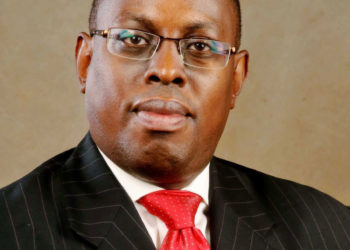 Fraud case between BoU and Sudhir kicks off