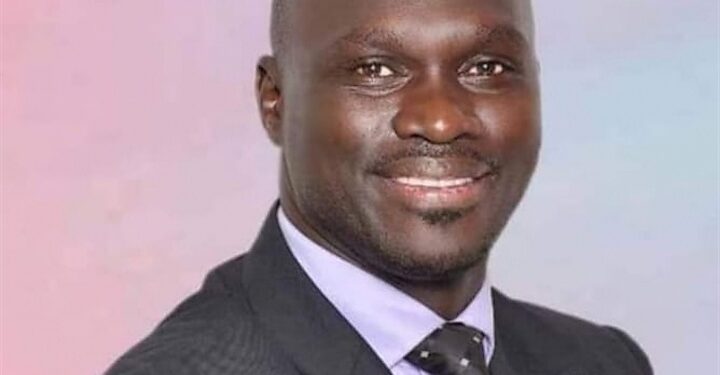 In literature, NRM victory in Acholi in 2021 and most recent Omoro “victory” we call it “tragedy comedy” A mixer of happiness amidst sorrows, because the signature of pain of war and deaths of Acholi’s own, Hon. Oulanyah is still visible in faces.

But after three decades of exclusion, politics of divide and rule and not eating the national cake, Acholi put NRM on notice. “Otwong wile” yes, they say one good turn deserves another! After voting, they are watching and waiting!

I thought I would concentrate on my happiness and academia! For two decades and some years, as a patriot, I participated actively in our politics. Politics has become stressing and hopeless, with scammers. Hon. Mao called them ‘kiwani’ or practitioners of ‘komanyoko’ politics who are feasting on blood money in the name of opposition. No unity of purpose intentionally for the country’s sake. I hear “dictator, junta” etc. While some are eating more than 20 million shillings monthly as mayors and MPs for 20 years. By the way, the NRM victory suggests that Acholi feels also this is their time to “eat”. Opposition getting what they got is a statement that doesn’t need feigning naivety and burying heads in the sand like the proverbial ostrich. Acholi are and will not be a plaything for opposition and government, a reason NRM government must act now.

As I nonchalantly watched NBS Frontline yesterday, Mao made a very strong statement. “Transition will never come like manna from heaven. It must be deliberate. Unity is key. But I now believe that old age comes with wisdom; the decision from the President not to have many NRM compete against the son of Oulanyah was great. The next is a decision of a loved Acholi to take over his role as Vice Chairman. President must also argue that it was still Oulanyah’s and Acholi term, for humanity’s sake, other Ugandans from other subregions must rethink. Again, in Acholi we need a person of Oulanyah’s pedigree. A person who is mature, educated, and have regional, international, and national character. Yes, Acholi are watching and waiting nonchalantly. Next is reparation and poom, Acholi is yellow. NRM must be happy that Acholi greats like Mao, Latigo, Otunnu etc. are quiet. If you act, expect happiness, if you take the Acholi trust for granted with impunity, you will regret.

Yes, politics has been a calling and I can’t run away from it before running away from myself.
In the 1990s-2000s, I participated both as an activist in Uganda Young Democrats running from NRM cadres like Dr. Besigye who was a government minister and the wife, Winnie Byanyima who were the then movers and shakers of NRM. I remember the Maos as opposition, things can change, therefore my opinion matters.

I am proud, as a patriot, I worked as UYD; our motto was “the struggle is our life”. We were commanded by the likes of Mike Mabikke and Komakech Leandro among others who were fighting for multi-party democracy in Uganda that was banned by article 269. Inspired by then activists. DP comrades like Lukwago in court championed by Dr Ssemwogere and Ssebana, the ugly law was repealed bringing multi party politics to Uganda. Why all these details, I am saying let NRM maximize the maximum of Acholi change of heart like that virgin girl ready for things irrespective of the pain.

When I see the heroes becoming laughing stocks and being called “moles”, then politics is dirty. I understand the frustration of Mao with his ‘one-man army’ and others. Let Ugandan patriots learn from Omoro. I saw Hon. Otto Odonga jubilating with NRM, he didn’t cross but showed that Uganda can be one and together we can have a peaceful transition.

Why the sudden change? Is it love? NRM ideologues and think tanks must not take this for granted. A day in politics is a game changer. I have given a tip up, I know most advisors of the president can’t tell him this truth. They will be chess thumping, all is well. Money and our skills worked.

The Acholi voted NRM as a signal. They want to experience ‘the power of voting’. They punished NRM initially because Acholi wanted peace and development.

In post-colonial era in the 1960s to early 1980s in Uganda, data showed that the academic foot stamps of Acholi in Uganda, surpassed that of any other region. Acholi would educate their children and were rich.

The war reduced them to a caricature of themselves, becoming the less educated and felt subjugated by this government. Acholi are the poorest at 68% according to UBOS.

More than one million cows and livestock stolen during the war. Their strong culture destroyed in camps where more than 1.8 million lived and more than 30.000 children abducted by LRA. Yes, over 200.000 died.

In 2006, NRM through eloquent and versatile cadres like the late Col. Walter Ochora, assured Acholi peace and security. After they convinced and forced Kony to leave Uganda in 2007, the sound of the gun ended. Of course, the government and the world said the war ended. To Acholi, without reparations and being in such desperation, seeing their children die of nodding disease and poverty makes the ghosts of the war live.

Finally, Acholi voted NRM in Omoro for the following. The sympathy for the sad death of Oulanyah. The message is that President Museveni should silently meet the father of Oulanyah to tell him who poisoned the son. Acholi want investigations and punishments. You saw even the opposition supported the NRM candidate. He was the Acholi protest candidate.

Secondly, Acholi is sending a message that, if NRM decides to empower them and pass a reparation law to resurrect them and pay them for two decades lost and pain because government failed to save them from Kony menace, the entire Acholi will be liberated and “yellow”.

Yes, other tribes don’t know what Acholi and many tribes in northern Uganda went through. For them, they want political rule while Acholi, Lango, Teso, Alur, Madi, Lugbara want socio economic development and inclusion.