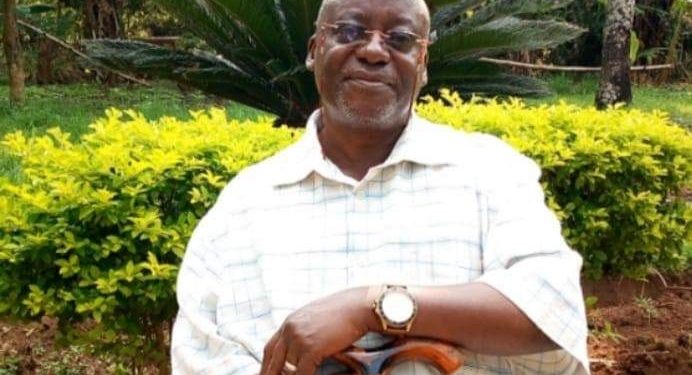 In this article I want to detail the influence of these factors jointly and individually. I will give examples in the leadership of Uganda where a combination of the factors has harmed Ugandans, their country and the economy adversely.

Let me begin the article by clarifying the meanings of the various factors. I begin with unprincipled politics. But first, who is an Unprincipled person?

When one is called Unprincipled it means one does not behave or act in accordance with moral and ethical principles. There are many words that have been used to describe such a person. They include: amoral, immoral, unethical, deceiptful, dishonest, corrupted, crooked, wicked, evil, villainous, shameless, sinful, evil, ignoble, et cetera. All these descriptive words may together be applied for the description of one individual who is unprincipled. It goes without saying that such unprincipled people in politics will practice unprincipled politics. They will engage in dirty deals.Their unprincipled politics will be geared towards feeding their greed and selfishness. They will practice political opportunism, whereby they ignore relevant ethical and political principles laid down in the Constitution of the country to underlie respect and harmonious legitimate relations between the citizens and the State.

There are two major types of poverty in Uganda and elsewhere in the world: stomach poverty and mind poverty. Otherwise there are many types of poverty, including environmental poverty, ecological poverty, moral poverty, ethical povery, cultural poverty, mental poverty biological poverty intellectual poverty psychological poverty. But each of these types of poverty is accentuated by stomach and mind poverty the leaders, through their greed and selfishness. They spend time and energy accumulating everything to themselves at the expense of the whole: physical resources, energy, money and opportunities. What they call theirs is actually stolen from the whole: the people and their country. All this could reflect not only stomach poverty but also mind poverty. In fact, we can say that what we call poverty, in whatever form or type reflects the state of mind of the rich. In Uganda these tend to be politicians and those connected to them.
For the purposes of this article I will take mind poverty to mean lack of necessary knowledge, wisdom, understanding and insight, or capacity to deploy these resources in problem-solving policywise, legally, healthwise, strategically or legitimately.

Thus, mind poverty can be reflected in the kind of policies, laws, strategies, or trade and business agreements made or designed by the people of power who these days are not guided by consensus or wisdom, but by the craze to dominate and exploit the majority unjustly through excluding them from resources and opportunities for self-aggrandisement. Then they will pretend to be designing programmes and strategies to pull the poor and needy out of the abyss of poverty in the true spirit of deceitfulness and dishonesty.

Mind poverty will lead leaders to enact laws and policies that will only plunge the country further down the abyss of poverty, in the belief that it is better to lead or rule people who are poor than those who are rich. But poor people will have no money to buy things made from factories or to pay taxes. They will have no money to pay for fuel either to keep a thriving transport system working effectively. Besides, they will have no money to save in banks; so there will be no enough money in the banks to lend Government to carry out its development programmes. Ultimately, Government will depend more and more on borrowing from external money markets not only to run the economy, but also to pay the salaries and wages of government workers, or to pay the retirement benefits of pensioners. So we need policies that encourage Ugandans to produce; not those that serve the selfish interests of leaders through the dirty deals of unprincipled politics.

Human foolishness can be factored in here. Foolish people in general and leaders in particular tend to look at mostly their own kind or those with whom they have some kind of exchange relationship. For example, they may ignore the citizens for foreigners because they will get commissions from the so-called foreign investors, or use them as fronts for their own insideous businesses using public money. This could explain the ease with which the so-called foreign investors get free land free water, free electricity, and tax holidays while local investors get nothing. This is ultimately foolish, and anything foolish is unwise. God has a lot to say about foolishness of humanity. For example, “It is foolish to enjoy doing wrong. Intelligent people take pleasure in wisdom” (Proverbs, 10: 23).

Lastly human stupidity is one of the most powerful dark forces that hinder the growth of human welfare and happiness. God’s word has this to say about human stupidity: “Intelligent people want to learn but stupid people are satisfied with ignorance”(Proverbs, 15:14). If people in leadership want to accentuate ignorance of the impact of high fuel prices on the economy and people, they may maintain the high cost of fuel and even push it further. They may reason that if they lower prices of fuel, it may affect their salaries and allowances, forgetting that if the economy is negatively affected by high fuel prices, they too will be negatively affected sooner than later. One of my sons who is a psychologist may remind me of the 5 Basic Laws of Stupidity enunciated by Carlo M. Cipolla in his 1988 book “The Basic Laws of Stupidity”. But it is true that stupid people can and do rule the world.

The stupid people in governance and leadership constitute a huge stumbling block to the meaningful and effective development, transformation and progress of Uganda in terms of people and use of resources. You will find them in every station at all levels of society.

They will be in Cabinet, in the legilature in the Judiciary, in the President’s Office, in all institutions where decisions concerning humanity and resources are to be made. Our state of welfare and happiness reflects their behaviour and actions in the public space. It is them who have assured that Unprincipled Politics, Mind Poverty, Human Stupidity and Human Foolishness are Central to every decision in every sphere of human endeavour. Greed and selfishness are also increasingly central to every decision. For example, if you critically examine the 2022/23 National Budget, little money is allocated to those areas of human endeavour that will take us a notch higher in quality of welfare and happiness in this complex century. It is unprincipled politics, mind poverty, human stupidity and human foolishness that explain the ever deteriorating environment and worsening climate change situation. You cannot destroy whole ecosystems through extensive land grabbing and expect anything short of this. You cannot displace communities from extensive lands and expect the population to be productive and people to be able to participate in the economy through producing, selling and buying, or to consistently pay taxes and ensure food security for their families. You will depend on food aid to feed your people. You cannot expect a healthy population if you are not investing adequately in health services and healthy human resources. You cannot expect peace and security in the long-term if you have invested in military hardware and violence at the expense of social development. Social security and peace should be paramount.

If you have not understood the interconnectivity between Unprincipled Politics,mind poverty, human stupidity, human foolishness and our present socio-political, socioeconomic, socio-cultural, ecological and environmental condition, don’t worry; you will with the passage of time.

For God and My Country