PROF VENANSIUS BARYAMUREEBA: NRM needs to build on the past achievements of 36 years to accelerate Uganda’s economic and social transformation

by Watchdog Uganda
in Op-Ed, Politics
1 0 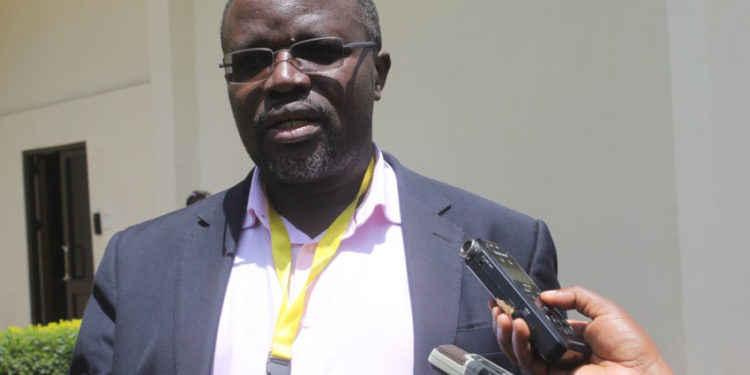 Quality standards are policy instruments that provide requirements, specifications, guidelines, or characteristics that can be used consistently to ensure that materials, products, processes, and services are fit for their purpose. For Uganda to be globally competitive, it must focus on meeting international standards for materials, products, processes, and services in all sectors of the economy. If Uganda focuses on having in place a quality education system, then it will become a regional education hub attracting students from across the globe.

These would bring in foreign exchange. Manufacturing industries and service centres would be relocated to Uganda due to the presence of sufficient quality and affordable human capital. If Uganda produces quality materials and products, it would be easy to access regional and international markets. Countries like Hong Kong, Vietnam, Singapore or even Mauritius have mastered the game of enforcing international quality standards and are reaping big from the global economic dividends. The first world countries like the United States, Germany, United Kingdom, France and Canada have remained on top of the game because of enforcing international quality standards. That’s why you hear of companies in these countries recalling products like vehicles in millions within the western markets when they detect a default.

However, you will never hear international multinational companies recall a product sold to Africa. This is simply because we cannot demand what we don’t have. Quality in many areas is grossly lacking across Africa. Will the next 36 years of NRM rule define Uganda as country where quality matters? Simply put, we need to focus on quality of production, processing and packaging in sectors like agriculture. It’s useless to talk about commercial agriculture, manufacturing, health services or education services when we don’t enforce international quality standards. When we enforce international quality standards in the products and services, the market is assured internationally. That’s why in countries like China, there are industries that focus on producing products for the international market by ensuring that the products meet the international quality standards. Even in Uganda, there was a time when we used to produce coffee or tea marked for export only. It was of high quality. We can do it again across board, but this time for both local consumption and export.

Infrastructure is a key enabler of economies world over, and that is why the United States has allocated funding for a bipartisan infrastructure initiate to the tune of $1.2 trillions.

President Museveni is a firm believer of infrastructure as a key enabler of Uganda’s economy. Under the NRM rule we have seen trillions of Uganda shillings budgeted annually for infrastructure. We have also seen the country go to a great length to borrow to fund infrastructure like roads, dams and double gauge railway. But this kind of infrastructure does not last forever and requires routine maintenance. Thus, we need to strategically and swiftly utilise the infrastructure for economic development. The economic opportunities presented by the excellent infrastructure should be pursued relentless. This is the only sure way we can generate economic activity to enable us pay back the loans.

The Fourth Industrial Revolution (4IR) relates to the combination of virtual, physical and biological interactions facilitated by technology. One area that is globally gaining attention is harnessing emerging technologies like Artificial Intelligence (AI) for economic development. Artificial Intelligence (AI) is the ability of a digital computer or computer-controlled robot to perform tasks commonly associated with intelligent beings whereas internet of Things (IoT) is the connection of devices to the internet using embedded software and sensors to communicate, collect and exchange data with one another. A 2019 study by the Enterprise Strategy Group showed that most leading organizations already see the essential nature of emerging technologies especially Artificial Intelligence (AI) and Internet of Things (IoT). This same study found out that 82% of organizations agree that without emerging technologies they will not be able to transform; and if they don’t transform, a competitor will disrupt their business. There is also a general consensus based on industry projections and international research that AI and IoT will have a significant impact on economic growth and productivity. Some international estimates have been made, including a calculation by Accenture that by 2035, AI will add an additional US$15.7 trillion to the global economy. The entry point for Uganda and other African countries in the area of emerging technologies is to build capacity and support promising start-ups in AI and IoT. We need to encourage our scientists and innovators to focus on solving continental and global challenges if we are to nurture companies with market caps of $1 billion in the next 36 years.

The world since 2020 has changed fundamentally as technology integration became mainstream and key in the global response to the COVID-19 pandemic. So it’s important that as we call to duty all compatriots to contribute towards Uganda’s Socio-economic transformation journey, Uganda should: build a strong, healthy, knowledgeable and productive population by leveraging emerging technologies; leverage 4IR technologies in the establishment of smart cities and the management of critical resources; strengthen and stimulate research and innovation in 4IR; support national security in the physical and digital worlds; and re-engineer using 4IR technologies government performance and service delivery among others. The Ministry of Science, Technology and Innovation under the Office of the President is well placed to take lead in coordinating other ministries, departments and agencies (MDAs) to effectively and efficiently execute Uganda’s 4IR Strategy.

The NRM government has been spot on right from inception in 1986 when it comes to exploiting Science and Technology for socio-economic transformation of Uganda. For instance on the 29th day of January 1986, President Museveni in his inaugural speech as President of the Republic of Uganda, given on the steps of the Parliament building stated that ‘’No one should think that what is happening today is a mere change of guard: it is a fundamental change in the politics of our country.’’ Part of the fundamental change was to harness science and technology for socio-economic development.

Three years later, the National Resistance Council under the Chairmanship of President Museveni established Mbarara University of Science and Technology (MUST) through the passing of the MUST Statute of 1989 with the hope that MUST would spearhead the production of the scientific human capital, scientific research and innovations needed to spur Uganda’s economic growth. Since 1986, the government has put in place other initiatives like the Presidential Science Initiative, the creation of the Ministry of Science, Technology and Innovation, Kira Motors, Luwero Industries and improvement of salaries for science teachers and scientists in government.

Thus, since 1986, President Museveni has consistently advocated for Science and Technology advancement and development. The government is in the process of establishing and strengthening Science and Technology Parks and incubation parks across the country. Let this journey of 1,000 miles that started with the inaugural speech on 29th day of January 1986 continue for at least, another 36 years of NRM rule.

The author is a Former Presidential Candidate and Chairman Board of Directors of Uganda Technology and Management University (UTAMU)—barya@utamu.ac.ug

Over Shs410m to be spent on Governor Mutebile's burial ceremony, SEE BUDGET