by Watchdog Uganda
in Op-Ed, Politics
1 0 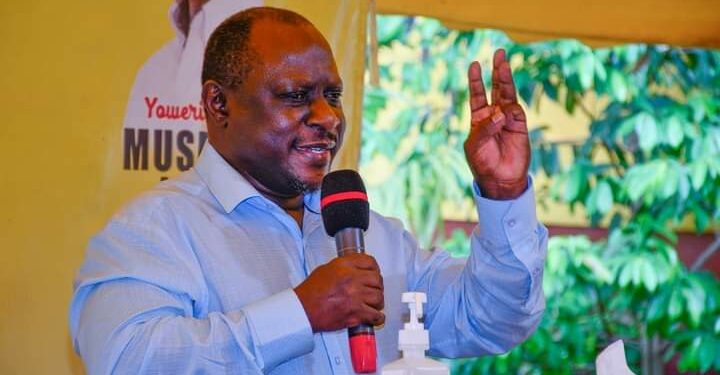 The media is awash with talk about “proposals” for Constitutional Amendment mooted by a group calling itself “Transformer Cadres Association”. This seems to be a grouping of persons who participated in the 2021 General Elections, and did not make it. They also seem to have been initially together with another group now called “Action for Transformation and Sustainable Development”. The grapevine, further, is abuzz with whispers about yet another related outfit styled “Thinkers Party”. And so on.

Today, we are supposed to have continued our discussion on the parameters of our geo-strategic setting in the Great Lakes Region and the Nile Valley. But we could not responsibly ignore the wider debate of sorts provoked by the announcement at a Press Conference, of the aforementioned “proposals” – especially as taken up by some leaders and members in the Movement.

Our concern at this point in time is not to engage with the merits or demerits of the ideas mooted by the “Transformer Cadres Association. It is of course, a fundamental right of any citizen to seek to cause or influence, the Amendment of the Constitution of Uganda – in consonance with the provisions of Chapter Eighteen of that Constitution.

Beyond the immediately foregoing, Patriots of the Movement must be always additionally mindful of prevailing guidance from the national leadership – particularly on prioritization and overall focus of work, so that they are not unnecessarily distracted into false debates, etc. As of now, the entire leadership and membership of the Movement are enjoined to concentrate on Mobilization – pursuant to the Resolutions of the 1st Retreat of the 4th Central Executive Committee (CEC), held in Entebbe on 18th and 19th December 2021. The Retreat was held under the theme “Mobilization for Socio-Economic Transformation”.

We beg the indulgence of the reader to permit us quote extensively from the Resolutions of the Retreat, commencing with Resolution No. 4: “To unanimously adopt the Paper on Mobilization authored by the National Chairperson on 8th November 2021, as a Strategic Working and Policy Document for the National Resistance Movement.

It should also be availed to all the structures and the entire membership of the NRM.

The spirit of sharing the Working Document should be one of Resistance, accompanied by the preaching of the gospel of Livelihood Education. All NRM leaders should become Monitors of the development process, and its practitioners”.

In the interests of brevity, we paraphrase and summarize the rest of the Resolutions. CEC called on the Movement Membership to: “To scientifically and accurately comprehend the concept of “mobilization” as referring to the correct identification of the legitimate interests of the different groups of the people and supporting them, fighting for them and, where possible, solving them”.

“To maintain a critical focus on the legitimate interests which the NRM should support in Uganda today, including:
Ensuring that all land-owning homesteads in the rural areas, abandon subsistence farming and join commercial farming with ekibaro;

Resisting land evictions for Bibanja owners and working for the emancipation of the Bibanja owners and compensation of the hitherto exploitative Mailo owners;
Enforcing Free Education in all Government Schools, entailing targeting for a Government Primary School per Parish and a Government Secondary School per Sub-County and a Government Vocational School per Constituency, starting with one per District. For avoidance of doubt, it must be made clear that exercise books, pens/ pencils, packed food (entanda) must be provided by the parents. Appropriate sanctions shall be applied to those who do not meet their obligations.
Eliminating all sorts of crime … by not granting bail or police bond to habitual thieves and criminals;
Stopping the theft of Human and Veterinary Drugs;
Availing cheap electricity for manufacturers and low transport costs so that production costs in Uganda are lowered in order to improve overall productivity and profitability of enterprises in the economy;
Working relentlessly for the integration of the African Common Market for the whole of Africa and for the Political Federation of East Africa;
Expeditiously developing local infrastructure to support life and agriculture – agro-led industrialization, irrigation for crops and providing a bore-hole per village, initially;
Targeting one Health Centre III per Sub-County, one Health Centre IV per Constituency and one Government Hospital per District, including the provision of houses of the health workers, so that they stay near the work place;
Working to help move people into the money economy, out of Okukolera ekidda kyonka, tic me ic keken (subsistence farming) – to kulembeka, kutangiriza, jolo pii, aiga akipi, using ekibaro (cura, aimar, otita) in order to get maximum returns”.
“To go beyond peace, unity and infrastructure development and address the entire spectrum of needs of the population. This entails clear prioritization and appropriate budgeting;”

“To underline that the mobilization message for wealth creators, deals with wealth creation issues aimed at producing goods and services;”

“To underline that the parasitic elite who want food and wealth without working, must not be allowed to derail the journey to a huge viable African market and a strong East African Federation – the former for the prosperity of our people and the latter for the strategic security of East Africa and Africa;”

As the country prepares for the launch of the Parish Development Model, this critical focus on Mobilization, must be maintained.