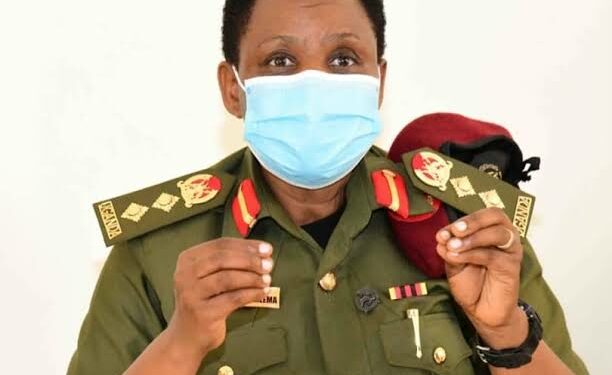 Even before assuming power, the NRM/A was committed to eliminating corruption and misuse of power as this was point No. 7 in its 10 point programme that formed the basis of its building a nationwide coalition to usher in a better future for the long suffering people of Uganda.

Since it took over power in 1986, the NRM government has undertaken several steps to improve the country’s Anti-Corruption framework. Under Gen. Yoweri .K. Museveni’s stewardship, the NRM government has improved the legal framework by passing the relevant laws as well as improving institutional capacity by creating new institutions like IGG, Leadership code Tribunal, PPDA, Financial Intelligence Authority, Directorate of Ethics and Integrity , Anti- corruption court and strengthening existing ones like CID,ODPP and OAG.

Despite these efforts, corruption continues to adversely affect Uganda and more than 69% of Ugandans according to the 2019 Afro barometer survey think corruption is increasing. In the 2019 State of the Nation Address, President Museveni identified corruption as public enemy No. 1 that was the last obstacle to the country’s development. It is against this background and in line with his unrelenting commitment to tackle the vice that His Excellency created State House Anti-Corruption Unit (SH-ACU).

The Unit was created in line with Article 98(i) of the Constitution of Uganda provides that there shall be a President of Uganda who shall be the Head of State, Head of Government. Article 99(1) provides that executive authority is vested in the President and Clause 4 thereof provides that the President may exercise this authority either directly or indirectly through officers subordinate to the President. Further the Constitution in the National Objectives and Directive Principles of State Policy XXVI requires that government undertakes all lawful measures to expose, combat and eradicate corruption and abuse or misuse of power by those holding political and other public offices.
SH-ACU is therefore a means to enable H.E indirectly exercise his executive authority to realize the National Objective and Directive Principal of State Policy to expose, combat and eradicate corruption.

SHACU does not exist parallel to constitutionally mandated Anti-Corruption agencies (ACAs), rather it has strong partnerships with the IG, OAG, DPP, PPDA, CID/UPF, FIA etc. To this end, the Criminal Investigations Directorate does investigations of complaints reported to the Unit, where such cases need financial or procurement audits we coordinate with OAG and PPDA respectively to undertake the required audit. Other cases falling under the mandate of the IG are referred to it to handle. After investigation, the police forwards all cases to the DPP for perusal and SH-ACU in no way interferes with the DPPs independence. It is the DPP who determines what case goes to court or not, whether to discontinue investigation or withdraw a case. After a case goes to Court SH-ACU again has no role in how a case is decided.

The Unit is embraced by the existing ACAs and is part of the inter Agency Forum for the Accountability sector. In addition, the Unit has a good working relation with all ACAs and there is no legal or constitutional crisis arising from its existence or collaboration with the ACA. Evidently, SH-ACU has no negative effect on ACUs. Those challenging its existence are agents of the corrupt seeking to put out the re-invigorating efforts of SH-ACU in dealing with the corrupt and all well-meaning Ugandans should shun them. We should not forget that Article 17(i) of the constitution makes it the duty of every citizen to combat corruption and misuse of power. For the little SH-ACU has been HB able to do in its short existence, citizens should be rallying to do their part rather than stifle SH-ACU’s effort.
——
Achungwire Owen is the Communications Officer for SH-ACU