DENIS JJUUKO: Why local supermarkets flourish while foreign ones fail 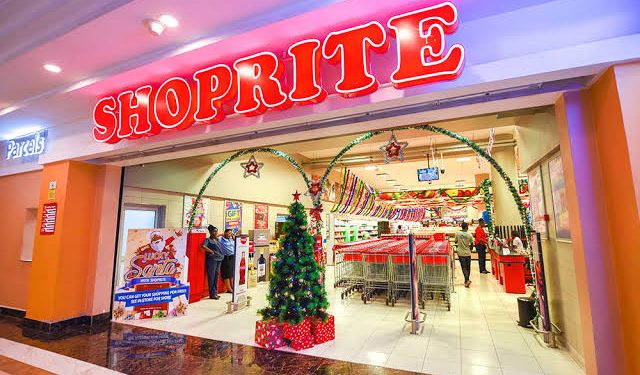 Retailers from both Kenya and South Africa once saw Uganda as the destination for their expansion drives. Setting up giant supermarkets that even went ahead to sell matooke, cabbages and other vegetables by the kilo!

Sometime back somebody told me that if you are a young man starting out in life and your girlfriend prefers to buy vegetables from these supermarkets, you should take to the hills before you become extremely broke. The implication was that our market is different. Things that are freely available in farmers’ markets should be bought that way.

Yet Uganda’s retail market is one of the most lucrative sectors. According to the Uganda Revenue Authority (URA) 2021 Revenue Performance Report, 71% of the revenue was generated from four sectors with wholesale and retail bringing in Shs5,783.69 billion or 29.43%. This even beat manufacturing which was 22.7% (Shs4,461.29 billion). The others were information and communication at 10.48% (Shs2,059.83 billion) and financial and insurance Services at a mere 8.39% (Shs1,643.54 billion).

So why is it that a sector that is as lucrative as wholesale and retail is hard for companies with advanced technologies, business systems and structures and cheap capital? Shoprite, Nakumatt and Uchumi among others have found the Ugandan market tough to crack. Yet at the same time local retailers particularly Capital Shoppers and Quality Supermarkets have continued to thrive.

A lot of the foreign retailers fail to understand the local market in which they operate. Off Prince Charles, a major road in Kololo, Uganda’s most expensive leafy suburb exists a kiosk where sometimes you will find somebody jumping off an expensive car to buy some items yet the fancy supermarkets are lined up less than a kilometer away in Lugogo. Small shops or Duukas dominate Uganda’s retail space in the neighborhoods where most Ugandans live and many such Duukas are growing.

The foreign brands sometimes stock stuff that are largely geared to the upper class and the diplomatic market. Fancy dog food brands, car jumpers, toolboxes (Ugandans don’t DIY- Do It Yourself), brown bread, French wines and salami! That is why they sell vegetables by the kilo and fail to compete with Maama Junior less than a kilometer away at Nakawa market. The upper class, diplomats and expatriate market is very small.

Local supermarkets understand their customers better. If they think sugar that is packed by the manufacturer is expensive, they pack it themselves to reduce the cost. They expand to locations where the majority of their clients live instead of concentrating in big malls in the cities.

The success of any supermarket or retail outlet largely depends on the control of the stores. Did the supplier bring in what is written on the delivery note? Did the goods that leave the store end up on the shelves on the floor or it was diverted? There is a lot of pilferage in Uganda and once that isn’t controlled, then the supermarket can’t grow.

If you regularly visit one of the foreign retail outlets in Kampala, you will realize that the floor staff are more interested in discounting the products for you so that they ask you to give them something on the side. This has been going on for a while and I believe it eats into the retailer’s profits.

Many of the local retail giants are more or less family businesses. Family businesses in the sense that many of the staff in key decisions are either relatives or people who come from the same village. Some have been in these jobs for 20 years or more and the owners have established an incredible bond. Because they come from the same villages, the retail business owners play a philanthropic role whenever their staff have an issue. A huge contribution to one’s wedding and another when an employee loses a parent or a child or when they need a to clear some medical bills. That has created an unbreakable bond with some of the key workers. They look at the success of these supermarkets as their own.

In foreign owned retail outlets, it is largely about work and any chance staff get (including the foreign ones who are brought here to manage) to steal, they take it. That is when they are closing, they have huge debts with suppliers who they haven’t been paying. They are here largely to work and will do anything to live beyond the retail business’s means driving fancy pickup trucks and living in leafy suburbs, dating Kampala’s most endowed belles.