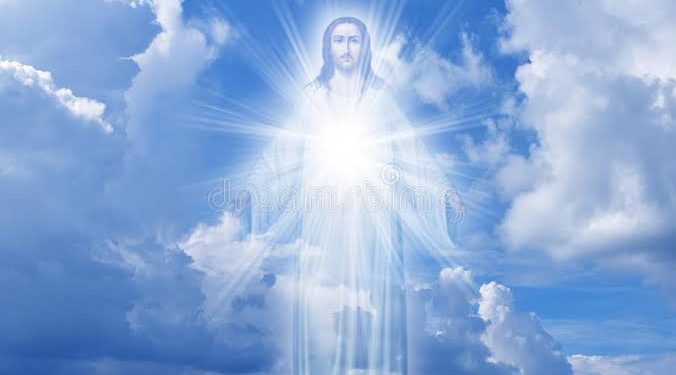 The Bible is full of many amazing things and you may wonder why only one verse records Jesus standing at the throne in heaven. Acts 7:56“Look,” he said, “I see heaven open and the Son of Man standing at the right hand of God.”

Since Christ’s completion of his ministry on earth, his death, resurrection and ascension to heaven, the entire Bible, on each mention of Christ in heaven, records him seated on the right hand of the father in heaven except one verse. Why then did he stand in heaven as seen by Stephen alone?

First, the expression “at the right hand of God” implies the throne of God. A throne is chair of state which was occupied by a person of authority, whether a high priest, judge, governor or king as in Greek ‘thronos’. The occupant of the throne arrayed himself in royal robes each time he administered and received homage (Davis dictionary of the Bible, Pg. 822). The throne symbolizes supreme power and authority (Gen. 41:40) and this was usually attributed to Jehovah. Heavenly throne is a reserve of God alone (Christ is fully God cf. John 1:1).

Even in the natural, an honorable judge during a court session can only stand on emergency or at most on medical recommendation. When such is executed, the entire jury and all in court proceeding ought to be aware as such is preceded with an excuse. In the same way, Christ standing at the throne in heaven gives us a couple reasons.

Christ’s ascension to heaven is a continuation of his ministry of priesthood, where he has a session (seated) with God the father and will come a second time on earth as the appointed judge and reign as king. (Acts 10: 42)

Stephen, the first Christian martyr in the New Testament was facing his execution by the Sanhedrin Council when he saw the new posture of Christ in Heaven. The Bible records two instances when Stephen was full in spirit to make us believe authenticity of the statement:

I will give four implied reasons why Christ was standing at the throne in heaven different from the usual sitting as the rest of the scriptures say:

Unlike you and I who may not undergo same situation like St. Stephen, the word of God is true in all times and all his promises are true and amen (2Cor. 1:20). Paul retorts that our light and momentary troubles are achieving for us an eternal glory that far outweighs them all (2Cor.4:17). For each one of us has altogether a different call, commission and God takes His own home in different ways but the Saviour stands to receive them as their intercessor and advocate (Mk. 8:38; Rom. 8:34). Continue witnessing.

About author: Theologian, teacher and Pastor

I rather walk to work! Besigye vows not to pay single penny to ‘dubious & bankrupt’ Russian company hired to monitor movements of Ugandans

I rather walk to work! Besigye vows not to pay single penny to 'dubious & bankrupt' Russian company hired to monitor movements of Ugandans