DENIS JJUUKO: Africa must industrialize or wait for COVID-19 to decimate it 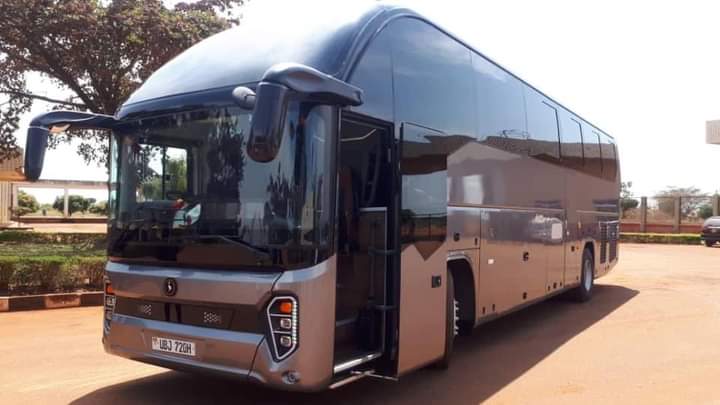 Less than 10% of 1.3 billion people in Africa have been vaccinated against COVID-19. The major reason is because Africa is comfortable with importing everything. We have never looked at ourselves as producers. So when COVID-19 struck, we didn’t do much, waiting for what the west would do.

We are told repeatedly that Africa’s comparative advantage is in producing food. How much do we grow and how much do we import? Africa imports food worth US$35 billion a year and the figure is estimated to hit US$100 billion by 2030. So is this our comparative advantage as we wont to claim at each conference and in every little paper we publish? If we can’t even grow enough food for ourselves then what are we good at? We export the coffee and then import the dregs in the name of instant coffees that we proudly consume.

Africa has a very young population compared actually to most other continents. This is the right age group to retool and ensure that they can take on manufacturing. Let us look at the automotive industry, which makes economies truly industrial.

Annual car production pre-COVID-19 days is averagely 97 million cars. Of these 30% are made in China. China’s population is just 1.4 billion people, roughly the same population as Africa. Africa only produces 1% of the world’s cars. Does it then surprise anyone that when it comes to COVID-19 we are simply begging other countries?

Look around, if the big pharma that have developed the vaccines tomorrow decided to release the formula for making them, shall we even manage to make them? Are we setting up factories that can even do contract manufacturing? What makes it so difficult to assemble an ICU bed and its accessories? The reason is that we are extremely comfortable importing every little thing. Africa’s businesspeople are essentially importers. Flights from Africa to Asia are always full of people on trade excursions. Many, after a long day’s work and relaxing in sauna brag about the number of containers they are shipping in. Not containers of machinery to make the products at home. Why should a businessperson import goods for 30 years without trying to make that same product?

The Chinese from whom the Africans import stuff simply study these traders and then come to Africa and set up factories to make the stuff the Africans have been importing for decades. The Africans then run to the media to cry that the foreigners are getting incentives and are undercutting them. Why should the government not give factories owners incentives?

Drive around the entire country and ask who owns the new shinny mall or apartment block and then ask who owns the factories, the answers will be different. We have failed to build capacity in making products and we have left that role to foreigners. The foreigners will also build stuff that may not be strategic for our country.

The government needs to get involved in manufacturing again. The structural adjustment programmes of the 1990s that led to the government abandoning manufacturing and being involved in business was a mistake. It is time for the government to go back in there and look at the industries that many other people may not want to invest in because of money and long period it would take to make profits and take them on. Its involvement in Kiira Motors is a good start.

Cuba, a small, impoverished island has developed a COVID-19 vaccine that is more than 90% effective. Africa is yet to come up with one, 60 years after gaining independence. When COVID-19 first struck, most African leaders created theories about the weather and a youthful population. When Merinda Gates argued that Africa will be severely hit, African elites went on social media and attacked her instead of planning for a pending crisis. Today, we are holding national prayers to pray COVID away!

African leaders love guns and military hardware but even those they gladly show off during Independence Day celebrations are mainly imported. And they are usually second or fourth hand. Why don’t they start making them here on the continent?

Many of the most important innovations we have today were originally invented for the military. The telephone, internet and even drones quickly come to mind. Africa to develop and solve the challenges of our time must industrialize.

12 Signs She is NOT a Marriage Material