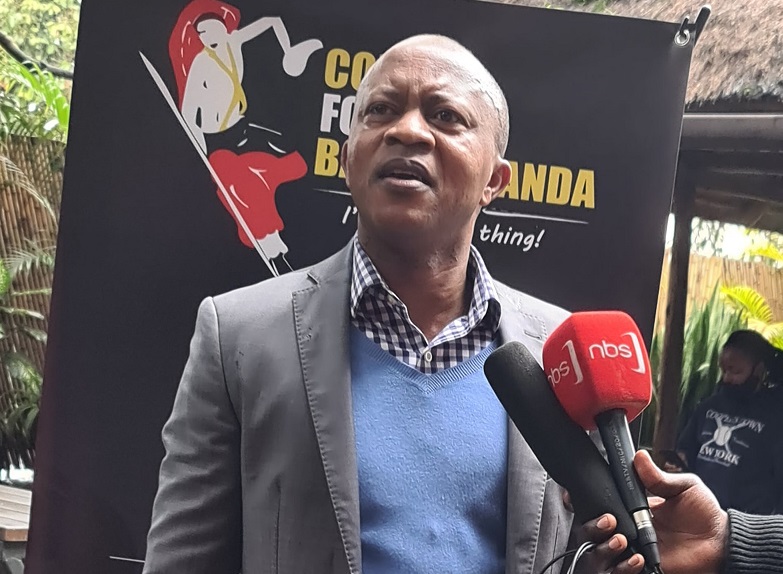 Feeling rejected is not much different from physical pain. Studies of MRI scans have shown that the same areas of the brain that respond to physical pain also react to being hurt by rejection. As far as your brain is concerned a broken heart is no different from a broken body!

Percecution, steriotyping, stigma & discrimination on basis of ones tribe are the worst forms of torture any human can be subjected to!

A situation that makes one feel worthless & less human yet he is not responsible for such a predicament is a human rights abuse on it’s own.

If you want to destroy a person, don’t touch his wealth because he can get it back but touch his sense of self worth & identity! The mind is the fuel that drives us once it’s distorted & one loses self esteem, then his life is messed up, it’s such emotional torture that has often led to terrorism in the world.

My name is Muhimbise, i am a mufumbira who was born in Tooro. My parents were born in Kisoro district & migrated to Tooro in the late 1950s!

When I grew up none of my siblings were given a Kifumbira name & later when I inquisitively asked elders why bafumbira born in the 1980s to date could not bear Kifumbira names, I was told that they feared persecution from UPC government that was harrassing the banyarwanda refugees many of whom were assylum seekers that had fled the wrath of President Habyarimana.

Because the dialect & culture of bafumbira & Banyarwanda are similar, the bafumbira had to suffer this harrasment!

The boundaries we see are a creation of the colonialists who divided our countries that we have in Banyarwanda in Kiroro, just like we have the Nandi in Eastern DRC forming majority of the Rwenzururu Kingdom with their king in Kasese or the Bagisu in Kenya who subscribe to Umukukha of Bugisu!

So the political persecution against the Banyarwanda/Bafumbira cost me my identity & culture! I grew up unable to express myself with a little sense of self worth simply because of who I was born!

As a result of this, millions of bafumbira in Tooro, Ankole, Buganda & Bunyoro have abandoned their Rufumbira names, rejected their own culture & scattered themselves! It’s possible for mufumbira or Munyarwanda to bear a name of Luganda, Runyankole etc because of fear of stigma.

Imagine the misery of walking into a passport Office with your age mate, classmate, childhood friend or workmate & in two weeks he gets his/her passport & you struggle to have yours in vain & end up losing a job abroad!

Imagine being denied a scalarship owing to being treated like less Ugandan even when you have a national ID & were born here! You feel rejected, get disappointed, devastated, defecated & feel disowned!

The Banyarwanda in Uganda have been burning silently & because of a perception that they benefit from the regime, their tears have been swept under the carpet & their pain unheard

Rebranding themselves is a step to fight for their human rights, for now & generations to come.

Every generation has a purpose & mission to accomplish, the Ugandan Banyarwanda today, both here & abroad have a duty to create a better environment for their children & their grand children.

As Einstein puts it, the problems of this world can never be solved by the level of thinking that created them, the Ugandan Banyarwanda today have a duty to solve the injustices that were inherited from the past!

Even those who are privileged to hold powerful positions in government, business or organisations have a duty to secure the future of their brothers for blood is thicker than water!

The fact that Banyarwanda means people from Rwanda like people from Kenya can be called aba-kenya or Basudani for Sudanese means that a tribe called Banyarwanda in Uganda will always be mistaken to be Rwandans yet they are Ugandans right from their fore fathers!

Names like Masaka referring to sorghum in Kiryarwanda language should tell you how long Banyarwanda stayed in present day Uganda. Buddu a county in Buganda meaning “a place for slavery” is evidence that hundreds of years ago Budu/greater Masaka was known as a place for migrants who came to work majority of whom were Banyarwanda!

So to the Banyarwanda who have been mistreated, denied passports, jobs, national IDs, voting rights etc on that basis, you have time to lament, the historical injustices will be solved by making your own history! You can’t change the past but you can shape the future!

In the next 100 years people can still interprete Ugandan Banyarwanda as Rwandans and not a Ugandans unless there is rebranding!

Attitude determines Altitude, the moment any body perceives you to be a foreigner he will treat you as one even if you prove that you are not owing to the fact that first impression matters a lot!

To the Ugandan Banyarwanda, living in Uganda or abroad, everybody who shared the Banyarwanda DNA, the call to rebrand and be called “Abavandimwe” in order to create a harmoneous society for the present & future generations is a journey worthy walking!

Better stop masqourading as Bakiga, Banyankole or Baganda, but rather fight for your survival & your rights. Change of name doesn’t affect your culture since culture entails your common practices, beliefs, aspirations, identity, customs etc which you can still practice as Abavandimwe!

Banyarwanda are known to be resilient, relentless, persistent & visionary, you have got to wake up from the shadow of fear & stand to be seen & talk to be heard!

The author is concerned citizen and Social political commentator!