DENIS JJUUKO : Proliferating fuel stations should be designed with eye on the future 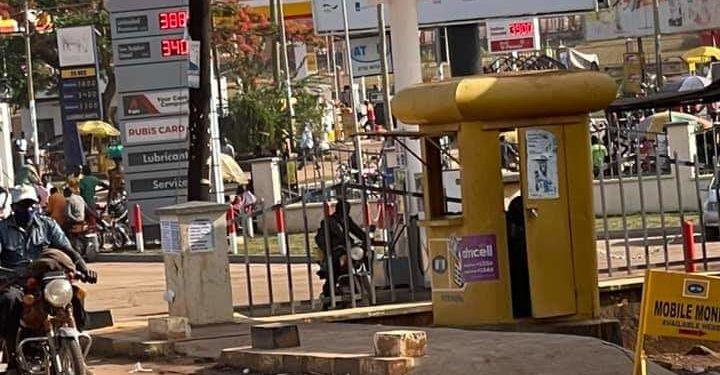 On a dusty multi potholed road leading to an impoverished suburb of Kampala, young men are busy moving earth from one corner to another. Another group is arranging hardcore stones which have been crashed into a uniform size. Two steel high beams have been erected to support a canopy. Atop the canopy is a welder with the darkest of sunglasses.

Occasionally, boda boda men riding by send him greetings referring to him as Master Welder. It is a nickname he seems to love being one of the most experienced welders in the area.

It is clear that what is under construction is a fuel station, admittedly in the least place you would expect one. In the few minutes I have been nearby, I have seen very few cars plying the route but maybe the fuel station is targeting boda bodas or forecasting growth in the area.

On the road from my home to office, there is a stretch of about 1km where there are seven fuel stations! There is an empty plot being graded and I won’t be surprised if a new petrol station is being set up. This isn’t unique to my area, every little space in Kampala is being occupied by or turned into a fuel station.

I think the proliferation of fuel stations is largely due to our lack of planning. It is not uncommon to travel in a taxi where the driver at one stage swings it from one side to another to ensure that the fuel in the tank could get into its outlets so he gains a few metres to a fuel station to refuel. A taxi that is about to run out of fuel, once it gets to the station, the driver orders for two litres!

Boda boda riders are usually seen with a passenger off turning the motorcycle upside down just to gain some more little fuel into the chamber so it can move again for a few metres. On reaching a fuel station, like their taxi driver counterparts, they buy the least amount of fuel and the cycle continues. It is a Ugandan culture.

Recently, a photo of a man in an executive suit in a Hammer SUV was circulating as he refueled his guzzler using a small jerrycan after it had run out of fuel. Many Ugandans once they buy a car, the first thing they put in the trunk is a small jerrycan in preparation of running out of fuel. It is the epitome of poor planning because many people who run out of fuel usually have money to buy it. Yet when a car runs out of fuel, you actually spend more money per litre bought — paying people to push your car off the road, sending a boda man to get you fuel whose quality and quantity you can’t ascertain and obviously the damage to the car’s fuel system. But for most of us Ugandans, planning is not our thing.

However, I also know that fuel stations make good returns on investment given that petroleum products are the second most high value import into Uganda after motor vehicles. The average annual fuel consumption in Uganda is approximately 1.8 trillion litres. Most motorists buy fuel cash so investors have a high cash flow, which is crucial for the survival of any business.

But some of the stations coming up haven’t been planned with the future in mind. The end of internal combustion engines (ICEs) is nigh, which will render fuel stations in their current form redundant investments. It will take some time for electric vehicles (EVs) to fully take over in Africa but as major car makers announce the end of ICEs with clear timelines, it is only a matter of time that the continent experiences EVs.

Fuel stations need to become futuristic in their design so that they are easily turned into charging points for EVs when the time comes. This will reduce the cost of entry thereby providing a higher return on investment. Stations that will quickly adjust to charging points will benefit from brand equity and grab market share as their competitors struggle to redesign them.

Given our lack of planning, many people will still move on batteries that aren’t fully charged, which will trigger a need to recharge frequently. So whoever builds a fuel station today with a mind on the future will benefit from the advantages of going to the market first and fast.