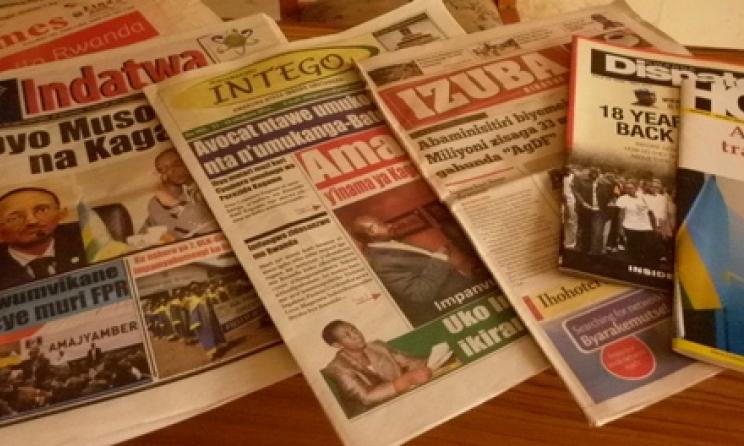 The internet revolution has fueled a new era of communication by providing a new and advanced medium which is digital media.

The greater availability and instant accessibility of information has transformed the way we used to communicate, access and share information. Today, people prefer to access information in real time using their mobile devices from anywhere. Look, the reading behavior of online news readers differs from print media. Reading a newspaper is something they do with pleasure and some times during breakfast, in a coffee break, after lunch or on the train. In contrast, reading online content is something you in much shorter breaks, perhaps between emails, early morning in your office.

Online readers make brief visits to the news sites several times a day with the expectation of obtaining a quick overview of the latest events. That is basically how people are consuming information using digital media. In fact one research shows that the youths of nowadays feel news sites serve the same purpose as newspapers.

Well before the print enthusiasts start blaming the internet for the demise of the newspapers, it ought to be remembered that print journalism was affected by technologies earlier before the emergence of the internet like T.V and radio. Although the effect was modest.

See, personally since the early 2000s I have been in the good habit of reading newspapers early in the morning. However, in the recent years, much of what is published in the papers has already been covered by T.V channels or web-based media. We are in interesting times for journalism as technological advancements are driving the process of how people receive news. It’s clear in the last decade, the digital media has expanded and is gradually overtaking newspapers. So journalists and editors across the globe are wondering what this might spell for the future of print media. One thing is clear: the news business has been disrupted.

For instance, in the U.S, many newspapers have shelved print editions and gone completely digital. In 2020 alone, more than 300 newspapers in the U.S closed resulting in the laying off staff due to the Covid 19 pandemic. Further still, in 2020 the New York Times for the first time, its revenue from digital subscribers was greater than the money the company brought in from print subscribers.

Experts’ project that newspaper market consumption volume will drop to 43.6 million copies by 2025.Similarly, the number of professional journalists has also decreased in many advanced countries. Citizen journalists and bloggers are increasingly replacing reporters a society chooses to produce content for itself. People still expect print newspapers to disseminate the truth and be at the forefront of public investigative reporting on current affairs. But the old business model is unworkable.

In March 2016, the British paper, The Independent shut down its print version and went entirely digital. In South Africa the long and slow structural decline of the print media could have well reached a point of no return. Circulations for daily newspapers are down by 40% on average over one year. For instance the circulation of the Pretoria news is dramatically down as it sells just over 1900 copies a day now as of late 2020. It’s a struggle to keep the print newspaper relevant and informative in today’s age since twitter and facebook have taken over breaking news.

For print media players, the worrying challenge is that while they have managed to create websites and are pushing their content online on the new media which is online, they have been unable to convert it into a matching revenue system. As most online readers have a mentality of expecting online information to be free of charge.

It has been a good ride while it lasted. Like the saying goes, every good thing comes to an end. The print media is well and truly on its last legs.

Do you feel nostalgic about the old days when the print media especially newspapers were virtually the sole source of information? Or do you think there are creative ways the print media can exploit so as to stay afloat? Don’t hesitate to leave your comment below. Remember to also share this article widely as it is an informative piece.