LUBADDE RAHIM: Why Kampala is a city of floods

The notion, “water is life” is gradually decelerating in the city center since a dream of a heavy rain is a nightmare to many. 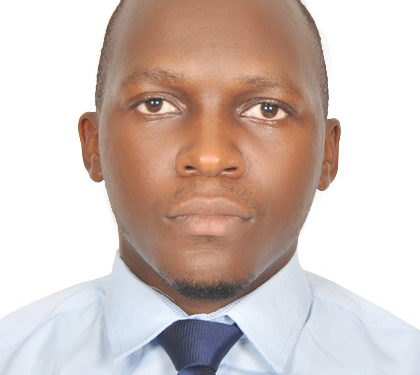 As we celebrate the resurrection of Jesus Christ, lets remind ourselves about cities across the globe that have been designed to embrace livable and sustainable human settlement while putting a comparison with Uganda’s Capital that poses as a flopped state seeking emergence renaissance.

A ‘1.7 million people City’ seated on 189 square kilometers gives an average density of 8994 persons per square kilometer approximately (UBOS data 2019), with numerous hills and beautiful sceneries that have attracted the largest number of Ugandan elites.

The uncontrolled organic urban development taking pace on the look of urban authorities that has rendered ex-green belts, swamps and public harbors susceptible to a risk of being eaten up by human activities. The increasing land value in the city center is sending away the urban poor and directing them to settling in wetlands and other protected areas due to lack of alternatives.

Kampala has for a longtime proved to be a city with imbalances between population growth and settlement patterns. It is a place of sarcastic and adverse urban development, city-wide decay and low rate of response to emergencies. Pavements and rooftops mean that less rainwater can soak into the ground.

The pattern of streets and buildings has interrupted some of the natural drainage ways and reduced the width of some channels. As a result, more water runs off more quickly, and the drainage system has often become overloaded.

The city is majorly challenged with lack of hydraulic and hydrological related data where it has failed to manage a clear record of its rainfall amounts, wetland distribution, drainage systems and general water flows data, uncontrolled urban expansion, abandoned buildings, illegal connections of sewage into the separate drainage network, and great amounts of sediments and organic matter which decrease the performance of the drainage facilities, lack of legal instruments and difficulty to approve new legislation, urban planning restrictions, Institutional and political problems, opposition by the population, designers and public managers.

Additionally, it’s identified with overlooked scramble and partitioning of land within the wetlands hence bleeding with limited space for catchment of storm water. Land managers spearhead wetland destruction through personalization and issuing of land titles in these vulnerable places.

The notion, “water is life” is gradually decelerating in the city center since a dream of a heavy rain is a nightmare to many. The manner in which wetland resources have been depleted is a disgrace to the face of Urban Planning as a profession and provokes ridiculers into questioning the prevailing urban management systems. The massive erosion, silting of drainage channels, poor waste management as well as reclamation all contribute to this ‘city of floods.’ Natives interpret the status quo as a normal phenomenon that seasonally comes and goes, forgetting the long-term consequences that are left behind. People seem not to be bothered because after a flood wash, business resumes ordinarily.

The urban authority in-charge of the city alleges that it formulated a drainage master plan to curb the flood and its effects which has been challenged with limited funding and skilled workmanship. The drainage master plan that was formulated in 2003 was a way of directing storm water that increased steadily due to the reduction in the green spaces that have been pressurized by the ever-increasing population. Until now its workability is questioned. This has overtime hyped the concern of many government bodies including the National Physical Planning Board that has responded by cautioning the city managers to take concern of the known flooding, housing and planning challenges to ensure improved livelihoods for the citizens.

The challenges of excess storm water management in Kampala can be wrapped under one theme “lack of an operational and easily implementable urban and environmental master plan”.

In 2016, an Italian based consultancy firm specialized in water and land scape designing called “SGI Studio Galli Ingegneria” was contracted to review the 2003 Kampala Drainage Master Plan to check its operationability, its challenges and to pledge a way forward, a project that lasted for 5months.

As a result, different additions were observed and taken onboard. It has also been noted with great concern that drainage has been given priority under KIIDP 2, a project that supports Kampala City improvement through world bank funding. However, it is ironical to say that with all such consideration, the drainage system has continued to smack as the biggest challenge that the ‘Country’s Capital’ battles with especially during a heavy rain.

The central government’s silence over the castrophe makes one to think that there is a ‘burning solutions’ that is being planned indoors that is yet to be unveiled, only to hear tales. Kampala metropolitan is a home of numerous wetlands including Bwaise, Ndeeba, Katwe, Nakivubo, Namasuba among others but soon will be living in a shadow of its glamorous natural resources as more swamps continue to be reclaimed.

The city of floods is this town that has been built on wetlands without safeguards to stormwater/flooding and yet city buildings and infrastructure seat on former water catchment arenas. Therefore, city wide developments should be established in a manner that advocates for the wellbeing of natural resources, drainage channels should be reconstructed, waste should be properly disposed at household level, buildings close to drainage channels should have paved compounds as ways of controlling blockages in stormwater flow.

Management of a flood wash should be handled by respective risk management committees at local council level, maintain records of the people/areas affected and have constant checkups and monitoring tours within these sections but most importantly to utilize the use of a GIS system to predict future hazards.

Finally, the city authority must perceive the fact that people settling in these low-lying areas are to stay with the flood until our contemporary political and budgetary system support proper urban planning. Enforcement of non-structural planning laws is particularly challenging due to the physically extensive informal housing in wetlands which is exacerbated by political, policy, and socioeconomic arrangements. “There may not be enough time to prepare after you are notified of a flood watch…” (Boulder, 2002).

Therefore, urban managers should also empower communities to maintain their drainage systems, through regular inspection and cleaning of drains, an important task that can be performed without specialized skills. As our cities develop, let’s put city planners at the fore front to fight urban challenges.

The writer is a Physical Planner