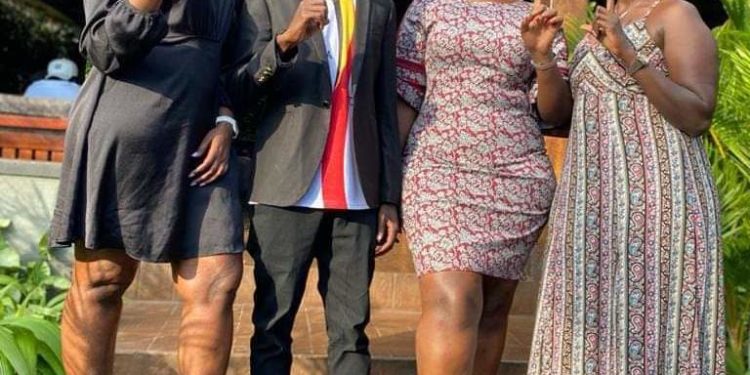 By now we all know John Katumba is a presidential candidate for a good cheer. He is our 2021 gift to cheer up.

This is however not to downplay his achievements, for standing for the highest office in the land by age 24 is no mean feat.

Many of Katumba’s agemates are looking for jobs, or returning to school for further studies. Yet I know the sh20 million plus investment he made is a leap of faith but will bear results much more that he possibly imagined.

Mr Katumba is winning one heart after another and some people whisper, “We shall vote him”. Many people believe anyone, Presidential Elections are a waste of time.

I am here to highlight my delight in Katumba because he dares to reach for the skies. I am here to say, Ugandan youth need the confidence of Katumba to chase after their dreams.

When the youngster showed up at Kyambogo university for presidential nominations, everyone wrote him off, saying the young man was in the race for comical relief, and others were planted by the deep state to play a role that would favour the incumbent. Irrespective of Katumba’s intentions in this race, not every 20-year-old can gather this courage. However, he has just broken the glass ceiling for many of his age to dream bigger and go after their dreams. From this year, we shall see more Katumbas showing up in places no one expected them. They will have one thing to them, the “Yes, We can” which was made famous by President Barack Obama.

I have heard little children expressing how they want to be presidents when they grow up. Many sit on their desires as they grow older, especially in a country where one man has been president for 35 years and possibly still counting. It is a risky affair to think about putting your eggs in the presidential dream basket! However, like they say, it is good to shoot for the moon, because if you miss, you can go for the stars. That is the case of Katumba.

The man who came complaining that he had no money to register for presidential nominations, yet he got it on the next day, and later had no car to move him around but got it the next day, is now the face most people want to take selfies with.

Katumba is getting well with girls, who posted him at the slightest opportunity of getting a selfie with him.  John Katumba is a symbol of how far confidence can take you.

With a presidential tour across Uganda, speaking largely at undesignated places because he doesn’t have logistical prowess of his colleagues, Katumba shows he can improvise, and work with what he has to preach his message.

You can begin from anywhere to chase your dreams. After January 14 2020, Katumba might never be the same. There will be no job too high for him to seek, or, office too big for him not to visit. He has proved he is a man who goes for what he wants. And he gets his way without being a nuisance.

I salute young people like Katumba who will not sit by as their dreams are being sat on by others. Those that will speak up. Ask what it requires and fulfil the requirements. Katumba Oyee, is a young man in our midst we all need. We need him to be friends with our little children. We need him in our neighbourhoods.