DANIEL KAKURU: A Tumour In The Brain 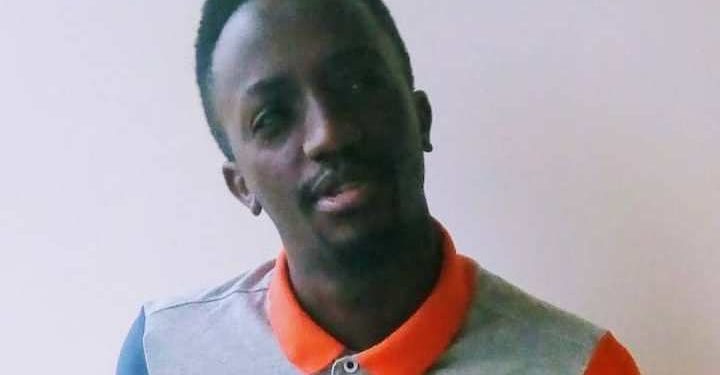 Somewhere in the bowels of Kabarole, a family are paying their last respect to their youthful child. An only daughter in the house. The only one to ever study beyond secondary school. The only one, it is believed in the homestead, that did not conceive a fatherless baby in her teens. Her name was Kajumba.

Kajumba was a sweetheart. A soul impeccable by societal standards. When she smiled, she was a curtain parting to let in bright light on a Sunday morning when you have slept beyond your usual hours. When she sauntered by, necks were turned with heads craned to stare. Beards got soaked in drool. Everyone’s blood pressure shot up. And eyes popped out of their sockets. She was a temptation.

Death came calling four days ago. It announced itself in form of a throbbing headache. Then she developed squints and started vomiting blood. Her mother, it is said, returned home to find her writhing on the floor in unfathomable pain. The regional referral hospital that sits in Buhinga, Fort Portal couldn’t do much about her condition. An ambulance arrived on time and she was ferried to Kiruddu. Blood tests said nothing important. After an X-ray of the skull, a brain CT scan and an MRI scan, it was decided she had a brain tumor. A death sentence, no?

She was about twenty years old. She had dreams so big, they scared her. She had all he beauty of Tooro on her shoulders. There was enough flesh sitting on her bones; most importantly on all the sides of her pelvis. But this thing – a tumor in her brain – nipped everything in the bud.

I first saw Kajumba during the second semester of my first year in Clinical School. We were preparing for the end-of-semester examinations and I had made it a habit to frequent the library; I had to catch up. There was a table in one corner where I always sat and set about my reading business. This nameless girl would come in almost as soon as I arrived, wave a brief salutation at me, put on her earphones and sit down right opposite to me. I would wave back, sometimes with a smirk on my face, sometimes without looking up from my books.

When I retired to my block of residence, I told Masereka about her. Masereka was the man who slept on the upper bunk of our bed while I occupied the lower one. He had unquenchable thirst for women; the highest affinity I had ever known; and a damaged reputation. He changed them the way they changed their knickers. Yesterday; Nanfuka. Today; Sarah. Tomorrow; Penelope and Sheila. The day after tomorrow; Susan. Like that. Little wonder, when I told him about an animal roaming the jungle freely, his face brightened and he pinched me for being wasteful. We agreed that I would carry him with me on my next visit to the library. He had to tackle her.

We were seated in the library, Masereka and I. (Pretending to be) reading. She came in. It was the scent of her perfume that came in first, then the rest of her. She waved her salutation. As usual. I waved back. So did Masereka. She gave him a look. Their eyes locked. Silence sat in our midst like a fourth person.

If I were a football player, I would be Kevin De Bruyne or Cesc Fabregas; always providing assists; setting up teammates to score goals.

I excused myself and left the library. The two were in motion, on a levelled field.

When Masereka returned, he was Lwanda Magere returning from the battlefield. Carrying the victory on his shoulders. Thumping his chest in self praise. He had collected all her bio-data and contact information. She was from the department of Medical Records.

What followed was familiar. Her unending visits to our room ensued. Sometimes she carried food with her. We ate it and said to her, you are an excellent cook. Sometimes we meant it, sometimes we didn’t. But she always smiled a sheepish smile of satisfaction and stayed the rest of the day doing nothing. Sometimes she was the food. When she came without anything edible, I knew better than to stick around. I knew she was a sheep walking to the abattoir on its own. To be slaughtered. I did not wait to be a first-hand witness; I moved out and climbed up a tree.

Do you know what it means to climb up a tree? If your male roommate ever had a female guest and you left the room with a convenient excuse, you have been in my shoes.

When that semester ended, I did not see Kajumba again. Masereka never brought up her name in conversations. Nakawooya, a new catch, took up her role. But it was to be short lived. She would die in a road traffic accident and Masereka would wail like a spoiled child, but let’s not walk farther down that path.

It is Masereka who broke to me the news of Kajumba’s passing. I woke up today and there was a message on my phone: “Man, Kajumba has also died. I don’t know what is killing my young wives.”

At first, my mind was blank. I didn’t know what to think. At a tender age of twenty five, poor Masereka has dated more girls than he can count. Two of them have passed on. First, it was Nakawooya and now, it is Kajumba. I am no soothsayer, but by 40, he may have been widowed more than 10 times.

About the author: Daniel Kakuru is a lover of stories and social commentary. He writes under a Facebook hashtag #MugOfPorridge and blogs at danielkakuru.wordpress.com