President Yoweri Museveni has made some major changes in the Uganda People’s Defence Forces (UPDF).

The President who is also the Commander In Chief of the armed forces has appointed and transferred 33 senior officers to different army leadership positions.

“H.E the President and Commander In Chief of the Uganda People’s Defence Forces has appointed the following General Officers and Senior Officers of the UPDF….”the army leadership said in a press statement dated 18th August, 2022. 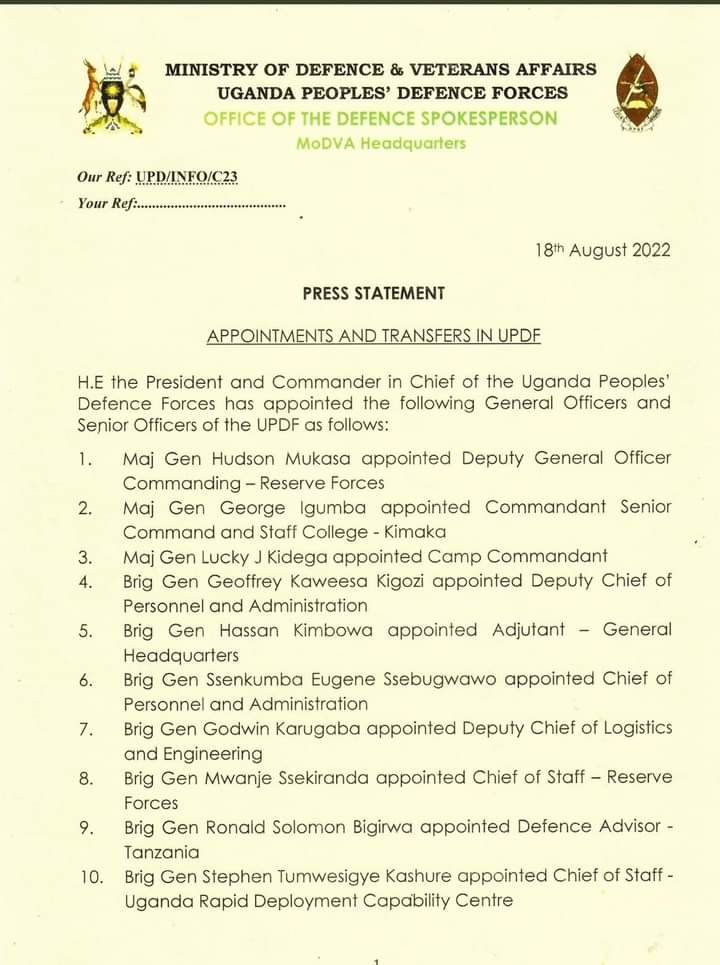 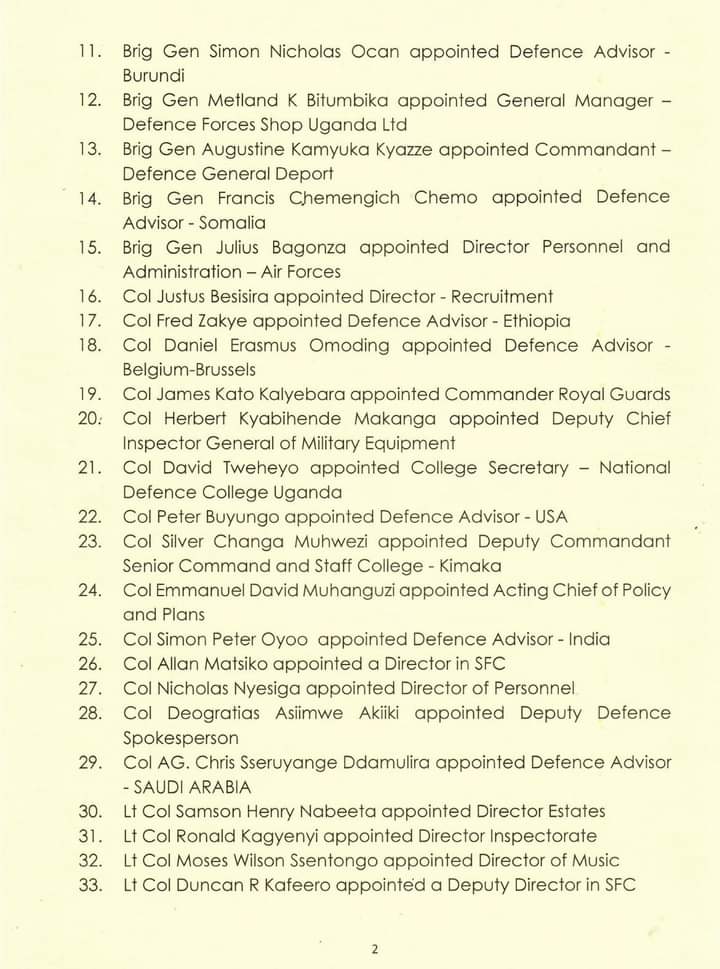