Appeals to Busoga clergy to be ambassadors of PDM

by Watchdog Uganda
in National, News
3 0
0

The President's contribution was delivered by Hon Milly Babalanda

The President of the Republic of Uganda, H.E Yoweri Kaguta Tibuhaburwa Museveni, has contributed Shs80million towards the construction of St. Mary’s house for Mother’s Union of Busoga Diocese which is to be built at the headquarters of Busoga Diocese in Bugembe town council, Northern Division, Jinja city.

The President’s contribution was delivered by the Minister for Presidency, Hon Babirye Milly Balabanda, during Mother’s Union day celebrations and fundraising for Busoga Diocese at Christ’s Cathedral, Bugembe grounds in Jinja city. 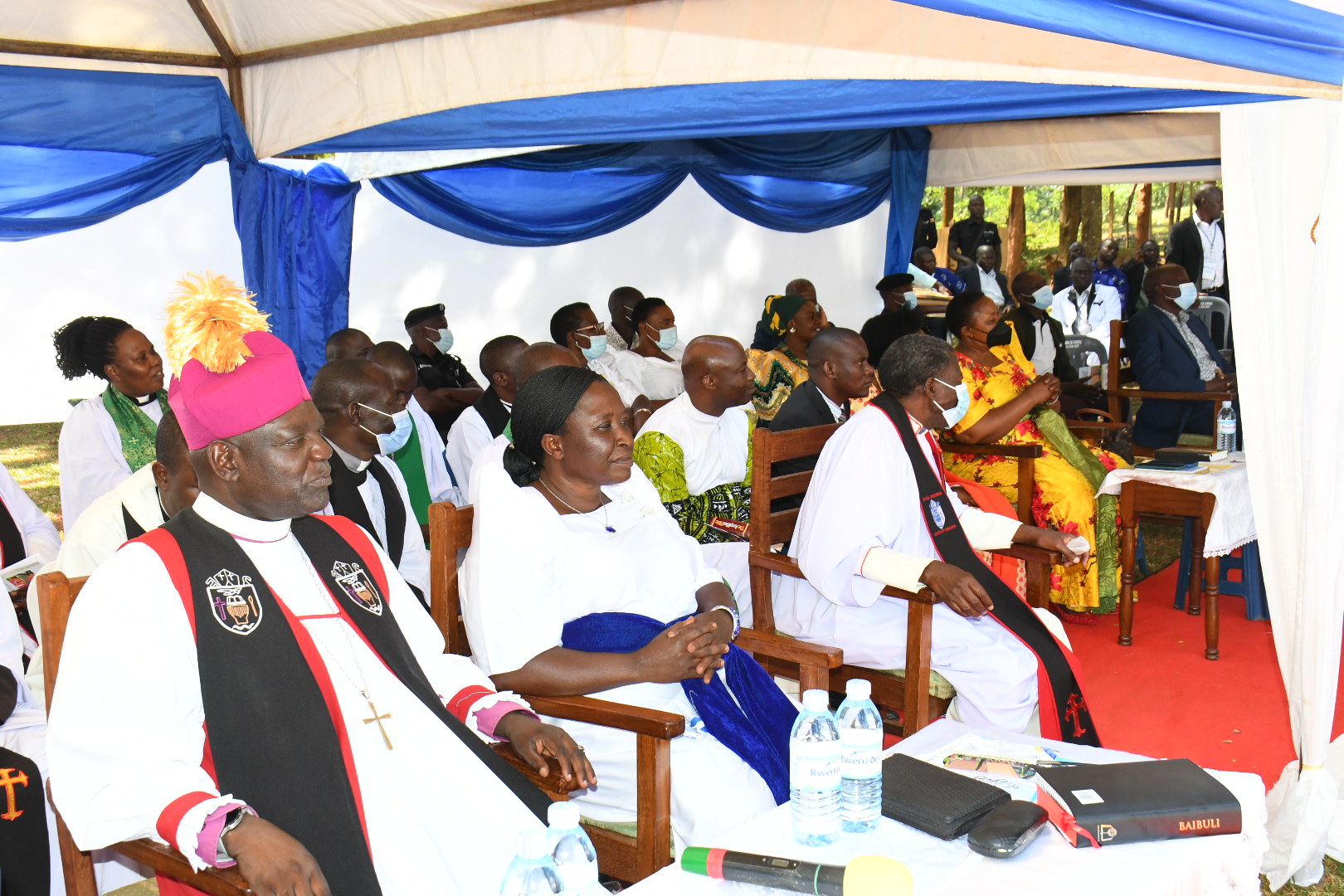 Hon. Babalanda first held a private meeting with the Bishop Naimanhe and discussed crucial issues concerning development of the diocese and thereafter took a group photograph with both the religious and political heads.

She was then led to Christ’s Cathedral, Bugembe, grounds while being entertained with band music to attend the function.

In her remarks, Hon. Babalanda appealed to the clergy in Busoga to be ambassadors of the Parish Development Model (PDM), Government’s renewed program for getting Ugandans out of poverty.

“I wish to appeal to the members of the Mother’s Union of Busoga Diocese to support the struggle of defeating poverty by being ambassadors of the parish development model. This program is non-partisan- it is for everyone to embrace,” she said.

Babalanda said that Museveni is happy with the clergy in Busoga for emphasizing development in their preaching and working hard to change the mindset of the people.

“Your messages provide the relevance of God’s word but, significantly, they also ask the people to develop their social skills; especially, to build strong families and be useful citizens in their localities.

This is what makes religion relevant to mankind and it should be encouraged,” Babalanda said.

She noted that NRM does not believe in dividing the people along religious lines and that religion is supposed to be a unifying force.

“That is why government is committed to providing services to every Ugandan irrespective of their religion”.

She said Government is working towards enabling every Ugandan to come out of poverty and that the Parish Development Model is the renewed government’s effort to enable Ugandans enhance their Household Incomes.

Babalanda noted that Busoga has always featured as the region with very high poverty levels of all regions in Uganda.

“This is a very disturbing fact and quite a wake-up call for all the Busoga leaders. Busoga is not poor because the Government does not care. On the contrary, Government has put in so much to help Busoga develop but the problem is with some leaders and public officers who have not mobilized and sensitized the people. The people are not empowered about what rightfully belongs to them and that which is being stolen by some uncaring leaders and civil servants,” the Minister, who hails from Nalinayibi, Buzaaya in Kamuli district, said. 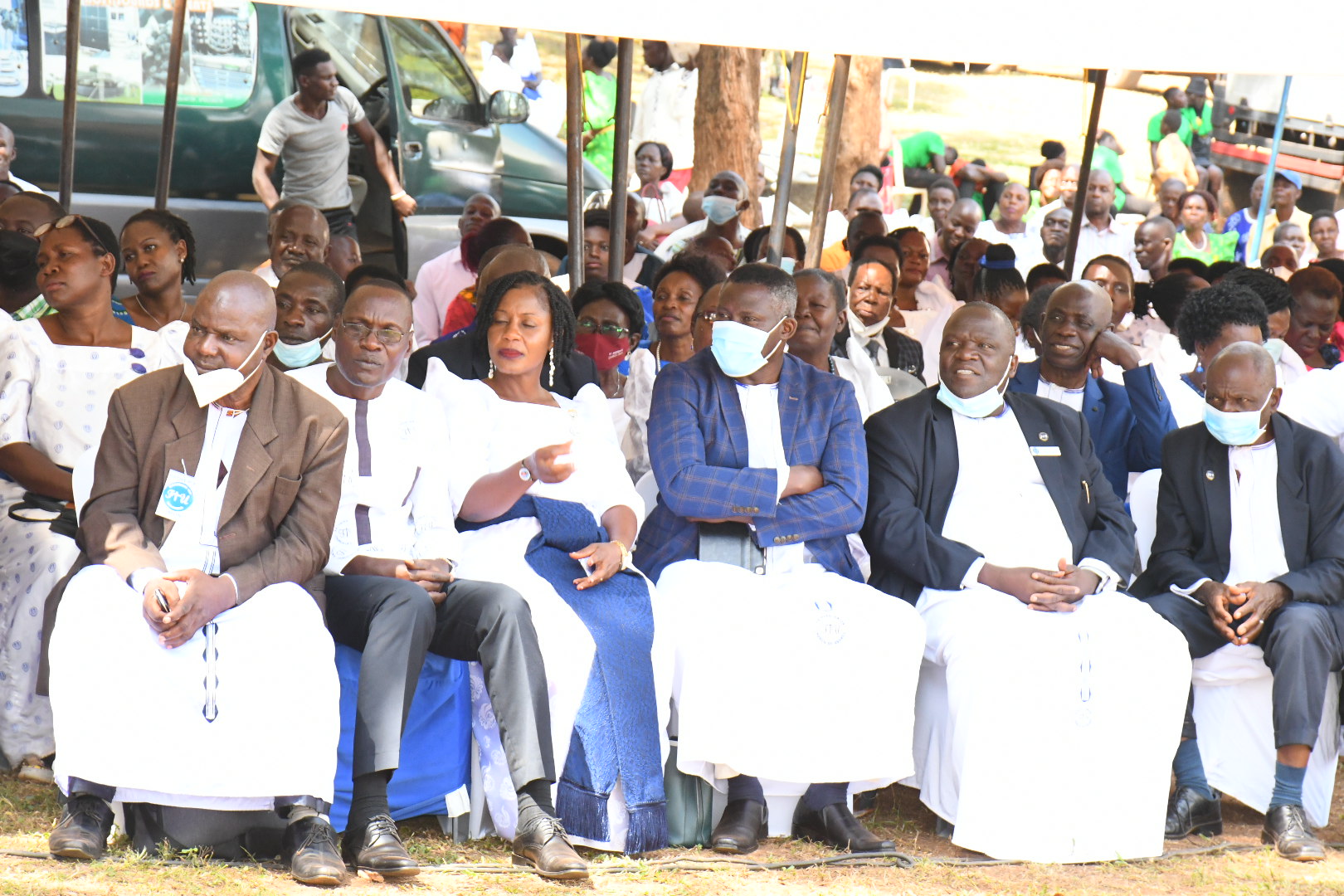 She added that the bigger problem now is corruption at the lower levels.

“The people who are stealing government money when it gets to the grassroots are most dangerous because they take away the money which is finally targeted for development. Surely, the problem has always been the thieves who have been stealing from the center, especially through deals but these have been reduced through deliberate efforts by the President,” she assured the congregation.

She appealed to the people to put their eyes on PDM money when it gets to the villages, the parishes and lower level governments where the problem is, saying lower level corruption directly affects the people because it stops the services from getting to the people.

“This is why the Parish development Model is targeting the parish purposely to defeat the influence of the dealers from the center. Majority of our people had been left out of knowing what is going on, the civil servants and other leaders took the chance to steal the public funds and left everyone poor.

Going forward, we should use the parish development model to ask for accountability, to question the application of public resources and to benefit from what is available for our individual and group development. The PDM concerns all of us; Christian and non-Christian and we should all actively participate”.

She appealed to leaders in Busoga to unite effort to see to it that this program succeeds and the people fully benefit. She asked RDCs to take up the challenge and educate the citizens about funds received.

“When there is transparency and accountability and evidence of benefit, this will attract other citizens to participate in the program and to better their lives,” she said.

She said that in a bid to increase on the opportunities of the people in Busoga and to raise their household incomes, her office is trying to engage with factory owners in Busoga to see what raw materials they require for their factories which can be supplied locally.

“Busoga has very rich soils and it’s surrounded by water bodies that enable the people to produce different kinds of raw materials but yet our factories continue to procure their raw materials from outside Busoga. We will explore how this is possible and our people who can benefit from this”.

Babalanda said President Museveni wishes all the people of Busoga the best of opportunity for social development, Family Life and Worship of the Almighty God through St. Mary’s House whose construction she was there to support.

She commended the leadership and members of the Mothers Union of Busoga Diocese for their zeal to serve the Lord and the commitment to mobilize the women to build strong families and marriages.

“This campaign of building St. Mary’s House is an effort of very many years which I am glad is coming to bear fruit under the NRM Government leadership. We thank God for this achievement.
Indeed, through this effort, as current leaders of the mother’s Union, you are privileged to be leaving behind a legacy and testimony to the future generations,” she said.

She noted that in many instances, people do not care to leave behind a legacy after leaving office.

”Others think that legacy is only for the political class. However, even religious leaders should work to leave behind a lasting legacy and should live exemplary lives”.

The president Mother’s Union, Busoga Diocese, Mrs Natasha Isabirye Kagoya, applauded the Minister for finding time on her busy schedule to bless the occasion. She commended the President for sending them their own Maama to represent him also awarding her a fitting office to serve the nation.

She said the ceremony was held under the theme: “Hope beyond affliction” from Lamentations Chapter 3:21-24.

She explained that St. Mary’s House will be a skills development center to impart knowledge and marketable skills for the socio-economic transformation of all. It will have vocation training facilities offices, chapel, a canteen, conference halls, guest rooms, a restaurant and others costing Shs3.5billion.

SOLOMON A. MUTAGAYA: The Misguided Zeal of Feminism, Gender Equality, and Egalitarian Struggles of African Elites

SOLOMON A. MUTAGAYA: The Misguided Zeal of Feminism, Gender Equality, and Egalitarian Struggles of African Elites