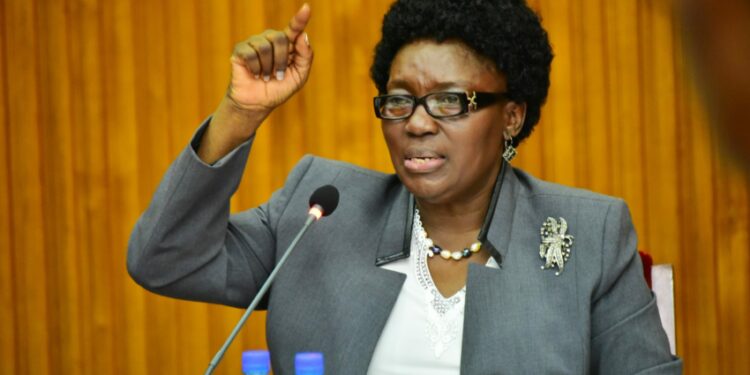 The Minister of East African Affairs, Rebecca Kadaga has revealed that negotiations into common East African Community currency are in high gear to choose the country that will host the East African Central bank, which will oversee the implementation of the single currency by 2024.

Kadaga made the remarks on Tuesday during the East African Community Post Tax and Budget Dialogue 2022/2023 at Kampala Serena Hotel, where she described the single currency policy as an important stage for integration which will facilitate building the community that is a precursor to the political federation.

The Senior Economist and Lecturer at Makerere University Fred Muhumuza expressed skepticism about the EAC member states preparedness to implement the common currency arguing that the issue isn’t about just launching a currency without going through other preliminary processes.

Muhumuza cited an example of the European Union that had to intervene in the debts of Spain, Portugal and Greece because of the impact it would have on the Euro, actions he says the EAC needs to emulate before implementing the monetary policy.

As of October 2020, the EAC member states debt was to a tune of US$120Bn and this was before the addition of Democratic Republic of Congo into the Union.

Kadaga also commended the EAC earlier leadership for the 2007 decision to harmonies their budgets as part of the efforts towards harmonizing their taxation regimes remarking that this is important because when the budgets are read on the same day, it reduces the risk of policy leaks and unfair business practice.