by Everest Mukiibi
in National, News
1 1 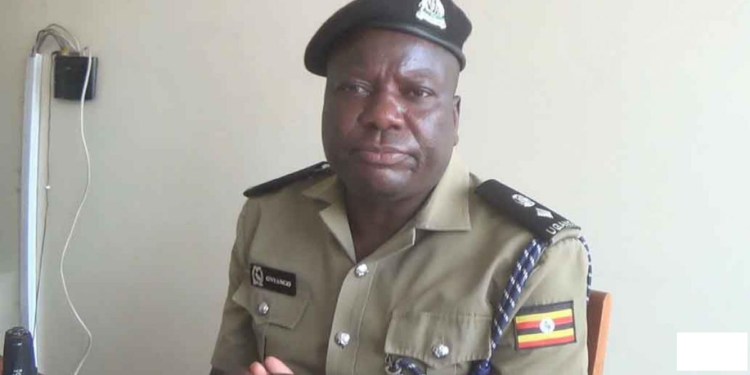 The Uganda Police Force has preferred charges of assault against eight people who were arrested on Wednesday protesting the decision to remand former Presidential Candidate Dr. Kizza Besigye to Luzira Prison.

The group was arrested within Buganda Road Court premises on Wednesday shortly after court presided over by Grade One Magistrate Asuman Muhumuza had remanded Besigye to June 17th 2022 on charges of inciting violence.

Besigye had been remanded together with former Rubaga South Constituency Parliamentary candidate, Samuel Lubega Mukaku, for staging a protest in Kikuubo, a Kampala City shopping business center where he had reportedly gone addressing traders about the need to protest because of the skyrocketing prices of commodities.

As a result, there were dozens of supporters in court who started hurling insults at the Magistrate for his decision to remand Besigye without entertaining his bail application as requested by his lawyers Samuel Muyizzi Mulindwa and Erias Lukwago. Some of the supporters also had started fighting each other after clashing on whether to hurl insults at the judicial officer or to stop.

In the aftermath, security arrested eight people from the scene where the supporters of Besigye had become chaotic.

Now, Kampala Metropolitan Police Spokesperson Patrick Onyango has said that they have preferred charges of assaulting a Police officer in execution of his duty and they will be taken to court anytime to answer to these charges.

“We appeal to members of the public to respect Police officers while carrying out their lawful duties. When they direct you to do something please follow their orders and obey instead of insulting and fighting them, ” Onyango has told Uganda Radio Network.

The eight people are still held at Central Police Station as Police prepares their files and continue with investigations.

This is not the first group of suspects to be arrested from Buganda Road Court protesting a decision by a Judicial Officer.

In 2019, six people were arrested on suspicion that they could have thrown a bottle to the then Grade One Magistrate Gladys Kamasanyu after sending Dr Stella Nyanzi to jail for 18 months on charges related to computer misuse after she was accused of posting a boorish poem attacking President Yoweri Museveni’s late mother Esteri Konkundeka.

Nyanzi’s conviction has since been quashed by the High Court.