‘We have already used the Shs40m cash bonanza’, Some NUP MPs tell off angry Bobi Wine 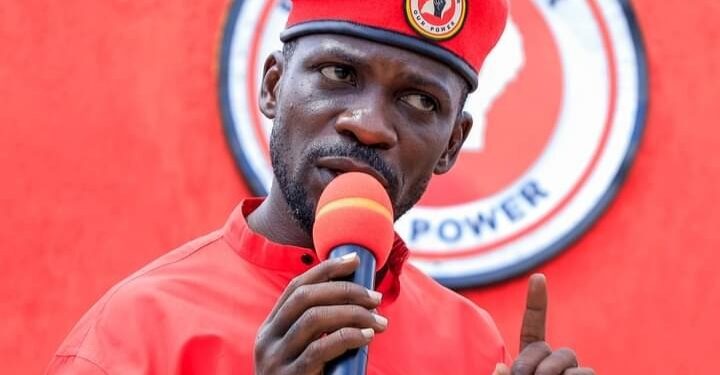 Some Members of Parliament subscribing to the opposition’s National Unity Platform (NUP), have told off their party leadership that the Shs40m which they each received secretly has already been used to help their constituencies.

A few days ago, reports surfaced on the mainstream and social media purporting that each Member of Parliament had received Shs40 million for unknown reasons, despite the current worrying economic status of the country.

It was alleged that the money was given out over the weekend where NRM MPs received their share at parliament on Saturday and some on Sunday night while the opposition MPs picked their share from the speaker’s residence.

When the Kamwokya based political outfit heard about this worrying development, it’s president Robert Kyagulanyi Ssentamu commonly known as Bobi Wine together with other top leaders called for a crisis meeting at the party headquarters and immediately asked their MPs to return the said money since it would be an act of corruption and betrayal to the voters.

One of the MPs who attended the meeting explained that Bobi wine was too angry and condemned the act in all ways possible.

“The principal was very furious with us, saying we have betrayed the people who trusted us. He then asked that those who received the money return it to the source within two days.”

Some MPs confessed to taking the money alluding that they were misled into thinking that it was legitimate money from parliament and he asked them to take the money to the Leader of Opposition Mathias Mpuuga who will return it collectively without revealing their names in the media.

However, some MPs have since refused to return the cash bonanza, saying that the money was given to them to monitor government business and they are not ready to return it. Others revealed that by the time the ordinance from their party leader reached them, they had already started allocating money in their constituencies for development purposes and they can’t get it back.

“We are the living hope for our voters, so when we get such money we welcome it to cater for our voters because each and every problem they get we are the ones who come in to help,” said one of the NUP MPs who preferred a condition of anonymity.

While others claimed that by the time, the Shs40m was given to them, they were already drowning in a sea of debts, so they used it to pay back some debts.

However, Kassanda South MP Frank Kabuye accepted that he was called to pick the money but he refused since it wasn’t ‘clean’ basing on the way it was being given out.

“There is no way you can say that commodity prices have increased, that State House is being allocated a lot of money yet at the same time you are accepting money whose source is not known. We are still young people; we have a duty to play in this country. I know the situation is very harsh for everybody including MPs but some of us we shall not accept blood money,” said Kabuye.

Meanwhile, MPs like Kira municipality’s Ibrahim Ssemujju Nganda who doubles as the spokesperson of the Forum for Democratic Change (FDC), said he has not been contacted by anybody to receive the said money.

“Parliament paying MPs is through the bank even money for traveling upcountry for oversight work sometimes as little as Shs 200,000 is electronically paid. FDC doesn’t expect any of its members to receive any money from anyone apart from parliament which employs them,” Ssemujju said.