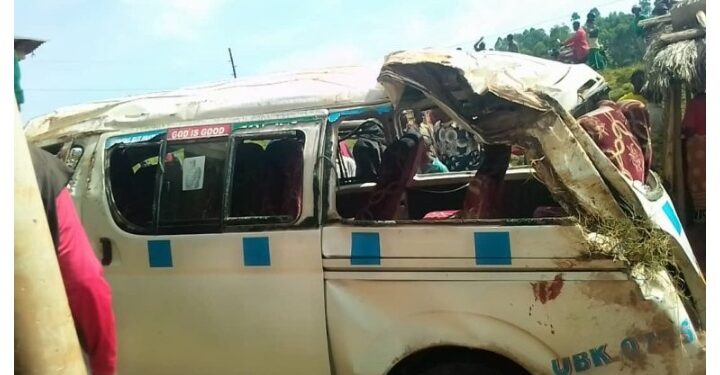 The territorial police in Kyegegwa has today 26th may 2022, about 0900am registered a, single fatal accident involving Motor vehicle reg No UBK077S Toyota Hiace (drone).

The accident happened at Kyasitiri along the Kyenjojo_Kyegegwa Highway, which claimed lives of five people, seriously injuring other eight.

She added that the casualties were all rushed to Mubende Referral Hospital for further Management, while the bodies of the deceased have since been conveyed at Kyegegwa Hospital mortuary for post mortem

“The accident has been attributed to a Tyre Burst and inquiries are at hand.”