All is set for Omoro by-election- EC

by Mourice Muhoozi
in News, Politics
1 0 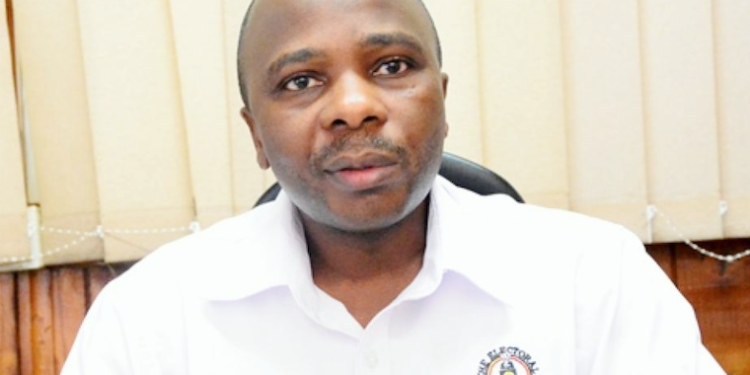 The Electoral Commission of Uganda has dispatched all necessary voting materials and equipment, needed to facilitate the smooth conducting of the Omoro county Parliamentary by-election.

It is just a few hours to the long awaited Omoro county by-election slated for tomorrow, to fill the legislative seat, which fell vacant after the untimely death of the area legislator and speaker of parliament, Hon. Jacob Oulanyah.

Election campaigns were concluded yesterday, for the tightly contested race with each side galvanizing and strengthening their positions, intent on capturing the vacant legislative seat.

Speaking from Omoro district, Paul Bukenya, the spokesperson for the Electoral Commission said the voting materials are going to be sorted, after which they will be dispatched to various Sub-counties in the district tomorrow, for easy distribution to the polling stations.

He said that today is the last day for the Electoral Commission, to oversee the last arrangements, including meeting various agents of different contestants, so as to come to a common agreement on various points.

“And the next thing to be done is to sort these items, such that they are taken to designated places, from where they will be picked to be used in tomorrow’s voting process. As you know the way we operate, we will be taking what is necessary to different Sub-counties, from where they will be picked tomorrow morning to different polling stations,” Bukenya said.

“We came up with a transparent arrangement for this election, and we will let it known to different candidates and their agents because we are scheduled to have the last meeting, on how we will actualize the smooth transportation of these voting materials, and also the selection process of observers and agents will be done today,” Bukenya added.

It should be noted that polling stations in Omoro district are few in number, totalling to only 81, situated in about 8 Sub-counties.

Also important to note, a total of 38,638 people are expected to cast their votes in tomorrow’s by-election. Of these, 2,648 are female voters, while men amount to 17,990 voters.

The seat is contested by six candidates, but the tightest contestation is between NRM’s Ojok Andrew Oulanyah, the son to the late Hon. Jacob Oulanyah, and Simon Toolit Akecha, who subscribes to National Unity Platform (NUP).

Campaigns for the by-election started on May 17th, and according to the Parliamentary Election Act, 2005, a by-election is supposed to be held within 60 days after the vacancy has occurred.