by Watchdog Uganda
in National, News
13 0 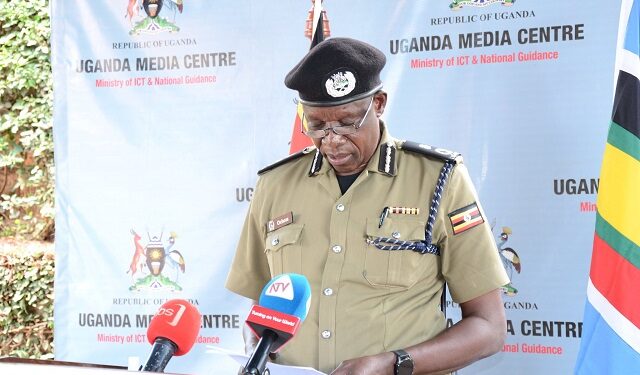 The Police Director of Operations has warned the District Police Commanders – DPCs against taking blind orders from Resident District Commissioners.

Assistant Inspector General of Police – AIGP Edward Ochom, under whose direct command all DPCs fall, made the warning while responding to complaints by lawmakers on the Physical Infrastructure Committee of Parliament who were blocked from conducting oversight inspection in Masaka recently.

Eng Richard Ssebamala, the Bukoto Central Constituency MP and a member of the Physical Infrastructure Committee told Parliament the team was blocked by the Police from accessing the Constituency on orders of the Resident District Commissioner, Teopista Ssenkugo.

The act angered MPs who reported the matter on the floor of Parliament, prompting the Speaker Anita Among Annet to direct immediate summoning of the DPC, Moses Nanoka and the RDC for interfering with the work of the MPs.

“Nobody has the right to stop the MPs from doing their Constitutional mandate. Do these RDC and DPC know their work?” Among asked, adding “I want them investigated and brought to order.”

It has been complained about across the country that RDCs who are representatives of the President in the district, and cities issue contradicting and unlawful orders to DPCs to implement often resulting into human rights abuses.

It is against this background that Ochom has now issued the warning that any DPC must not heed to any orders issued by the RDC if such an order contravenes the provision of the law regarding police work.

The Uganda Human Rights Committee – UHRC in its latest report covering January 2020-January 2021 faulted police for a whopping 218 human rights violations cases across the country but police management downplayed the report saying there were no such cases in their files.

Erasmus Twaruhukwa, the Police Director in charge of Human Rights and Legal Services said the particulars of the individual officers submitted by the Committee has been forwarded to the Professional Standards Unit for further inquiries.

Both Ochom and Twaruhukwa, were summoned to Parliament to respond to allegations of human rights violations against the officers.

The lawmakers also summoned the Uganda People’s Defense Forces and Uganda Prison Service over the same.

All you need to know about Uganda's new Succession law