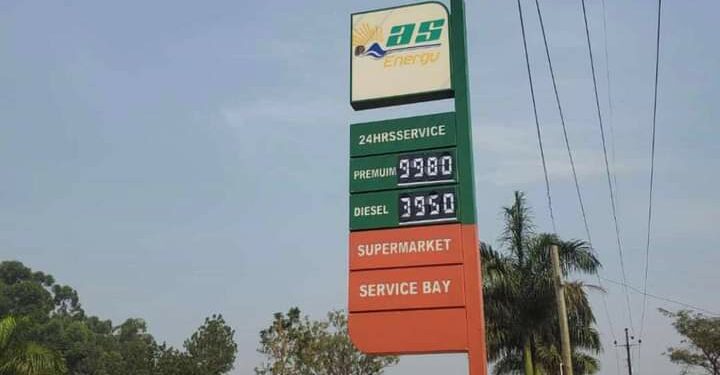 Residents of Hoima, the oil city are feeling the heat of skyrocketing fuel prices, which has knocked some out of business.

It is now crystal clear, that a litre of petrol is sold at Shs10,000, while diesel is at Shs.7,000 or even higher. Other petrol stations in the city have been forced to cease operations due to fuel outages.

Even as Ugandan truck drivers announced the lifting of their strike against hiked Covid-19 testing fees, fuel supply in the country had already been affected, causing this sharp rise to alarming levels.

Prime Minister Robinah Nabbanja assured the nation on Friday, that fuel prices would be restored to normal soon.

“Government is aware of the public concerns about rising fuel prices, but would like to assure the country that we are not in a crisis. The hiccup at Malaba border was fixed. Prices should stabilize. Fuel dealers should not use this excuse to hike prices,” she said.

The assserted claim by the prime minister did not resuscitate the situation, instead, prices shot to unprecedented levels of Shs10,000 a litre of petrol, from Shs4,590, while diesel prices went as high as Shs.7,000 .

The situation is no better in the capital Kampala. Petrol is now selling between Shs.4,700 and Shs.5,500 a litre.

The faltering situation was tense by late Friday as most fuel stations reported that they had run out of fuel, forcing the prices to escalate further.

At Kiryatete in West division, Hoima city, a litre of petrol was selling at Shs.12,000 and diesel at Shs. 8,000 by late Friday.

A pump attendant at Total petrol station, western division Hoima city, who spoke to Watchdog on a strict condition of anonymity said that at their station, fuel got finished on Thursday evening at around 8:30 pm, a situation which has knocked motor vehicle and motorcycle owners out of operation.

A case in point is Isaac Ainebyoona, a bodaboda cyclist at the All Saints Church stage who disclosed to us, that he has been forced to abandon his motorcycle due to the skyrocketing fuel prices, yet he has a family to take care of.

He questioned the amount of fuel Uganda has in her reserves, and how long the reserve can push the country.

Transport charges in other city parts have also been extremely hiked, and more than doubled in some places.

Transport from Bujumbura in Hoima East division to Hoima business centre is costing Shs.5,000, up from Shs.1,000, while from the city centre to Kinubi, a city suburb is now Shs.10,000 from an earlier Shs.5,000.

Residents of Kiryatete, expressed shock, and wondered why fuel prices should only be hiked in Hoima, yet other districts in the region are selling at sh4,590.

They are pushing for government intervention through carrying out investigations on fuel station owners in the area, whom they believe are hiking prices due to selfish interests.