by Mourice Muhoozi
in National, News
5 0 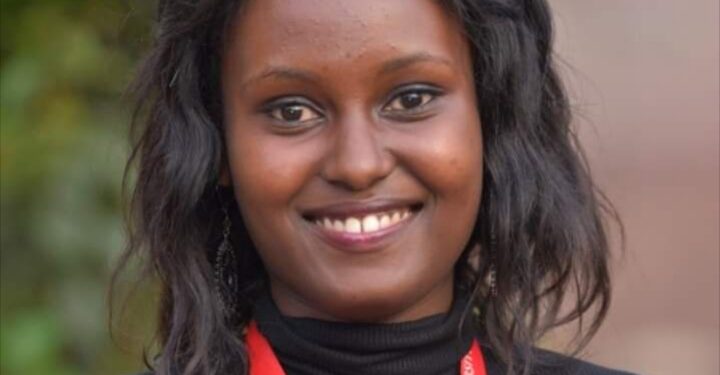 It was good news marked by pomp and glamour for Michelle Kirabo when she was declared winner of the tightly contested guild presidential race at Victoria University, Kampala.

Michelle, who is a second year student doing Bachelor of journalism and media studies at the University, learnt the news of her win late Thursday evening, which sent her, together with her supporters into unprecedented celebrations.

Both candidates stood on  independent tickets, due to the fact that it is the university norm to forbid contestants, to stand for leadership posts based on political party affiliations, as this is deemed to create deep divisionisms among students.

The election was conducted in two days, in a virtual way and it was held online, the first of its kind at the University.
It was conducted in a unique way, and is seen as a game changer, in revolutionalising guild elections at different universities in Uganda.

It clearly portrayed that Victoria University is proving to be a leader in organising credible and transparent elections.

It was live, there were live updates during the voting, and everyone could see what was happening from wherever they were, in real-time.

It was so unique in a way that, once one was done with the voting, they were able to see what was happening, something that we have not witnessed before, in Uganda’s politics.

While addressing her supporters soon after being declared winner, Michelle expressed her readiness to stand her ground, and adhere to her slogan, which reads; “I am not here to just lead, but to serve, put me to work”.

She supplied assurance to her voters, that she will do more of working than just talking, as a way of rewarding them for giving her their mandates.

“……the fact they put me to work, I am not going to do more of talking but more of actions,” she remarked.

Most importantly, Michelle promised a clear departure from the hypocrisy, aggrandizement and self centeredness of past leaders, who preach heaven during campaigns and practiced hell after being elected.

She assured the entire university fraternity that she will not waste time but implement with immediate effect, what is contained in her road map.

“I have a good team because most people who have promised heaven and have brought hell, do not always have a good team of people to help them. Your manifesto could have ten items, ten issues, but u have a team of dwanzi’s, lazy people, people who don’t want to work,” Michelle said.

“You can never push people to keep working, if they don’t want to work, yet you have just a year to effect all these things. And therefore, my team is comprised of people who are reliable, people who want to work, and people who have been elected so that their duty is not to me, but to people who voted for them.”