by Mubiru Ivan
in National, News
17 1 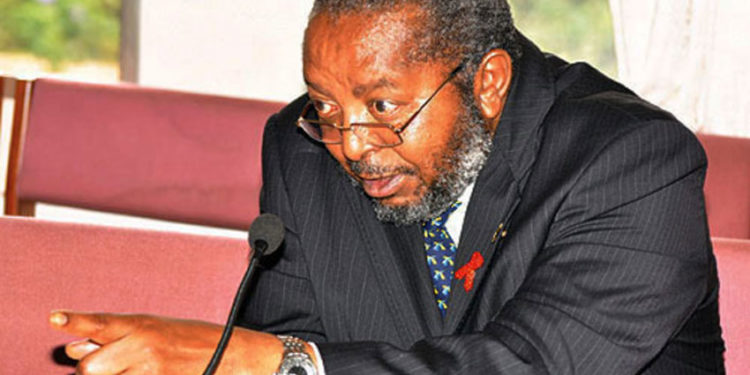 The Governor of Bank of Uganda (BoU), Prof Emmanuel Tumusiime-Mutebile was a few days ago rushed to Aga Khan Hospital in Nairobi, Kenya under critical health condition.

According to a source, Mutebile is currently battling diabetes related complications and on 31st December 2021, the Governor collapsed at his home in Kampala.

The source added that the governor is being closely monitored by his personal doctor who does not leave his bed side.

“The big man is of advanced age and such complications are common. We pray he comes back stronger,” the source said.

Charity Mugumya, the BoU communications officer, when contacted, only said the Governor is in Nairobi on his routine medical checkup and denied reports of him being admitted.

“He is simply on a scheduled medical check-up. That’s all I can say because I am not his doctor,” he said in an interview.

This is not the first time the governor has been admitted to hospital due to poor health. Last year in April, Mutebile was admitted to Nakasero Hospital before rumors started making rounds on social media that he was dead.

However, Dr. Adam Mugume, Executive Director Research,BoU was quick to dismiss the rumors clarifying that Prof Mutebile was still alive and receiving treatment in one of Uganda’s medical facilities.

“BoU Governor Prof. Mutebile took sick leave on Wednesday March 25, 2020. He is receiving treatment in a Ugandan medical facility and will resume duty as soon as he has recuperated. Strongly disregard the false and malicious stories of his passing,” said Dr. Mugume.

In 2018, the longest serving BoU Governor had to be flown to UK for specialized medical treatment after he collapsed at home.

In 2016, one of the local tabloids alleged that the governor was seriously ill and living off a lifesaving machine.

However, a few days later while announcing the Monetary Policy Statement for October 2016, Governor Mutebile faulted the The Red Pepper for trading in falsehoods.

Mutebile is highly revered and is credited for the prudent and effective monetary policy performance in Uganda.

The world over, central bank governors are so important and crucial to the extent that their health situations are very sensitive, even affecting the performance of stock markets, the economy and even politics.

Mutebile was in January 2021 re-appointed as the governor of Bank of Uganda for a fifth five-year term despite being frail for some good years.
He was first appointed governor in 2001.

10 reasons why wives should earn their own money too