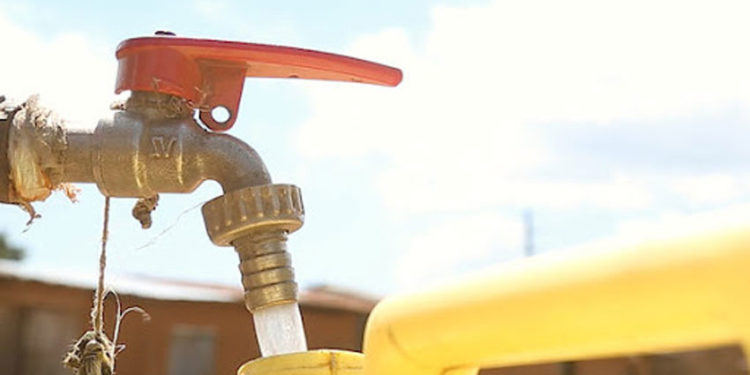 Kabale District leaders have joined voices with their counterparts in Rukiga District to protest Government’s policy of taking over management and taxation of all Community water schemes that were founded by Non Governmental Organisations with help of the local communities.

In a statutory notice made on 4th July 2019, published in the Uganda Gazette on 31st January 2020, Government declared that it had gazetted areas in Districts coinciding with the boundaries of several towns as water supply and sewerage areas.

In exercise of powers conferred upon him by section 46 of the Water Act. Cap.152, The Minister of state for environment , Kitutu Kimono Mary Goretti who was also holding the portfoliofor Minister of water and Environment appointed South Western Umbrella of Water and Sanitaion as the incharge of the water supply and sewerage services in the areas mentioned above. The same was done for water supplies gazetted in other 23 Districts including Bulisa, Nakasongora, Kitugum, Alebtong, Amuru, among others.

The South Western Umbrella of Water and Sanitaion consequently took over management and started billing the community water schemes located in the gazetted areas by installing metres on the gravity piped water, which has not gone down well with affected communities since then.

Upon completion of the construction projects, the water shemes would be handed over to select committees to manage sustainability programs of the water by ensuring safety of the water repair of damaged equipment, until Government took over in 2020.

However, in May this year, Rukiga District leaders raised concern after residents in Rwamucucu subcounty protested the billing of water that was initially accessed for free.

While speaking during the Rukiga District Council that sat on 6th May 2021, Eddy Mugisha who was then the LC.5 Councilor Rwamucucu subcounty reported that the people had failed to raise the money being charged . Mugisha explained that the South Western Umbrealla had introduced shs.100 for a jerrycan of water , and locals had resorted back to using water from the swamps for domestic use, which put them at a risk of aquiring water borne diseases.

In Kabale District, trouble started last month when locals in Kyanamira and Kamuganguzi subcounties started cutting pipes to tap water before it reached the meters installed by the South Western Umbrella of Water and Sanitation.

The matter was brought up in Kabale District Council by the Kyanamira Subcounty Councilor Joshua Musinguzi who said that it was wrong for Government to start billing community water without explaining to the locals why they were doing so. He argued that Government should stop prioritizing collection of taxes at the expense of people’s lives.

The Central Division Councilor Leopold Twesigye castigated government officials who flamed the policy to take over community water supply systems arguing that they should have engaged all stakeholders before starting to implement the policy. He vowed to rally his collegues in the fight against the policy.

Flavia Kanagyizi, the speaker Kabale District Council revealed that she had also received numerous complaints about taxes levied on the water. She called, upon pariliament to review the policy and ask government to make adjustments that fit the interests of the people.

The Kabale District LC.5 Chairperson Nelson Nshangabasheija told council that he had held consultation meetings with the Bishop of Kigezi Diocese Rt. Rev. Eng. George Bagamuhunda, Kabale District area Mps, and the Ministry of Water and environment who assured him that they would make a follow up and make appropriate clarifications on the matter.

Meanwhile, in an interview with our reporter, Moses Godfrey Bujure, the Manager of South Western Umbrella of Water said that he was aware that people were paying water user fees, but it was only for maintainace of the schemes, adding that it was the umbrella’s mandate to make sure the scheme is properly maintained.

Mr. Bujure hower, denied accusations that authorities were not consulted. He said the South Western Umbrella of Water held several meetings with locals, subcounty authorities and representatives from the Diocesse of Kigezi.

” Authorities in the District should understand that whatever we are doiing is with in the law and the interests of government. So, since they are also part of Government there responsiblity as authorities is to comply with requirements of the law,” he said.