by watchdog
in Lifestyle, News
2 0 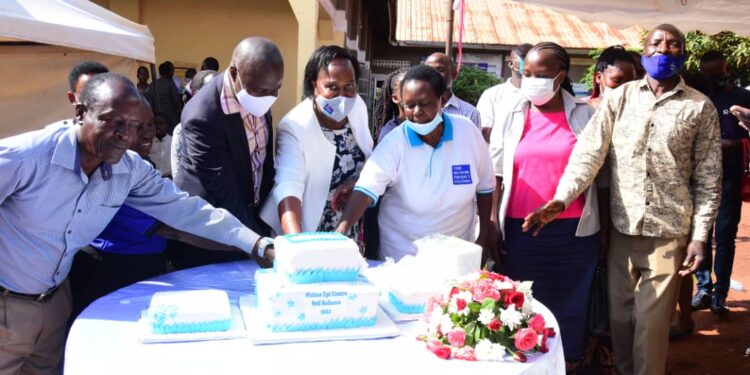 On December 9, Wakiso Epicenter, a poverty alleviation project by The Hunger Project became self-reliant. This was after more than 20 years of being run by The Hunger Project Uganda. An epicenter is a one stop meeting point that the community uses to galvanize its efforts against hunger, poverty, domestic violence and all other issues that hinder development.

Self-Reliance means that the community has built enough capacity to sustain itself without relying on direct support and supervision from The Hunger Project Uganda. 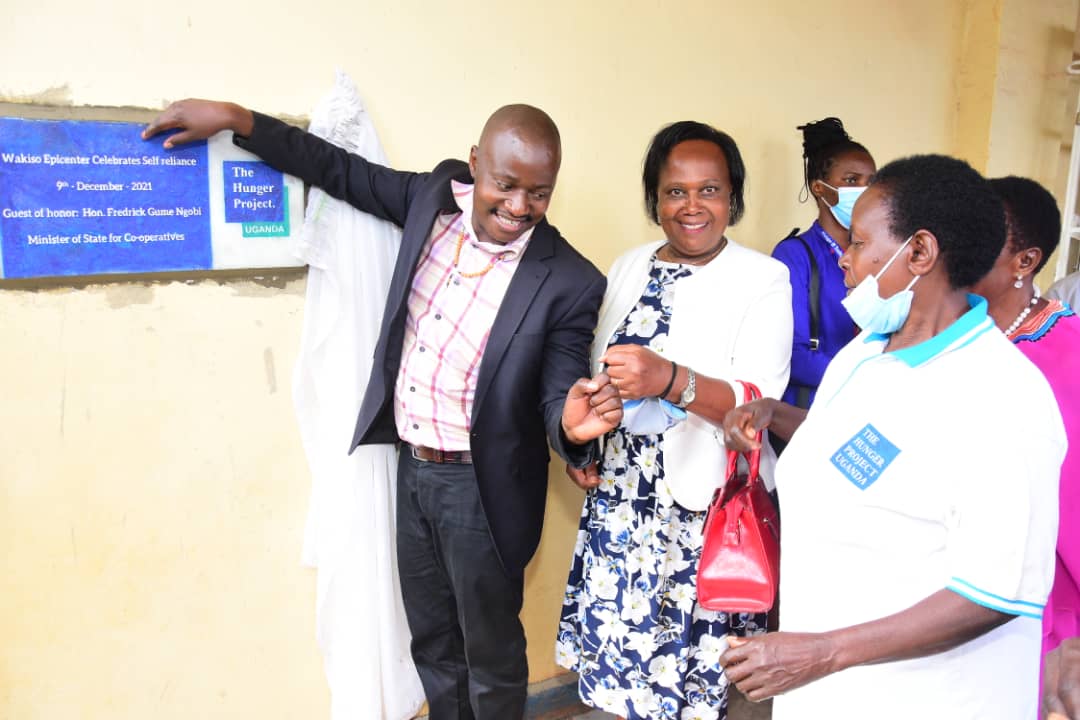 According to Hunger Project officials, the epicenter which started in 2003 has more than one million direct beneficiaries.

“Each year we work with a couple of women groups with each group having at least ten members in imparting skills in financial literacy, functional adult literacy, embroidery, bakery, and assertiveness on women. Over the past 18 years direct and indirect beneficiaries exceed a million people,” the Epicenter’s coordinator Nakakande Josephine.

The Hunger Project Country director, Dr Daisy Owomugasho said the 18 year journey has been enabled with a concerted effort in which past and present leaders have engaged but specifically thanked businessman Amos Nzeyi who donated the land on which the center was built along Buloba, Wakiso Road at Temangalo. 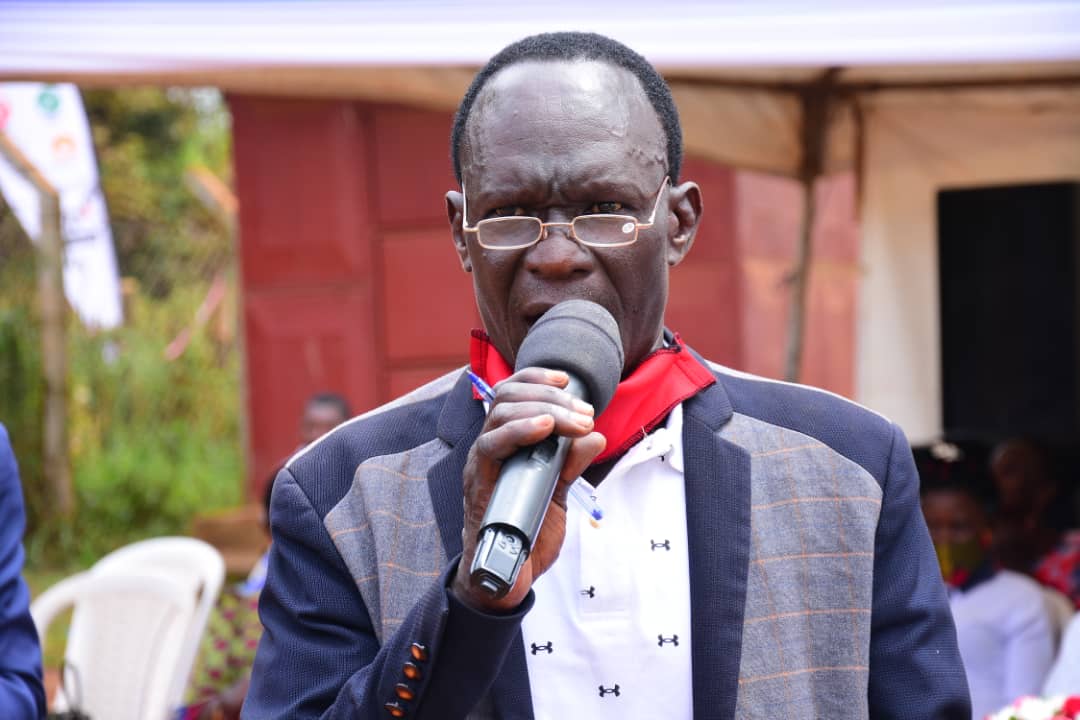 While handing over the project, Dr Owomugasho on behalf of Huger Project signed a Memorandum of Understanding with Wakiso District officials and called for said that the center is at 85 percent capacity to rely on itself.

“District and local leadership have the responsibility to continue collaborating, working together to achieve the 15 percentage mark and ensure sustainability. We will continue to cherish and guard the epicenter while the district will also continue to guard and support it. The Hunger Project is proud of this achievement (and) your success is our greatest joy,” Dr Owomugasho said.

She further added that their intervention helped to uplift the livelihoods of poor communities in Wakiso Mumyuka Sub County and as of now they are witnessing enhanced lives in boosted food security, economic empowerment, medical access, economic empowerment and access to financial services through the epicenter SACCO.

“We have worked with you to deliver a comprehensive package of multiple services so that women, children and men are able to live fulfilling lives of access to basic services,” Dr Owomugasho said.

A local leader, Luutu George, chairman of Nakabugo Parish who said he saw the beginning of the project, testified that there has been enhanced capacity building especially among women most of whom lacked skills but which they have now acquired.

“We have grown into a different group of people. We are now economically independent and we have easy access to health care. Mothers can easily access maternity services yet they are also able to economically sustain themselves because they have acquired multiplicity skills,” Luutu said.

Ms Mubiru Dorothy said that women in her community who once undertook risky methods of delivering babies have now turned to modern methods of visiting health units but most especially the at the epicenter. 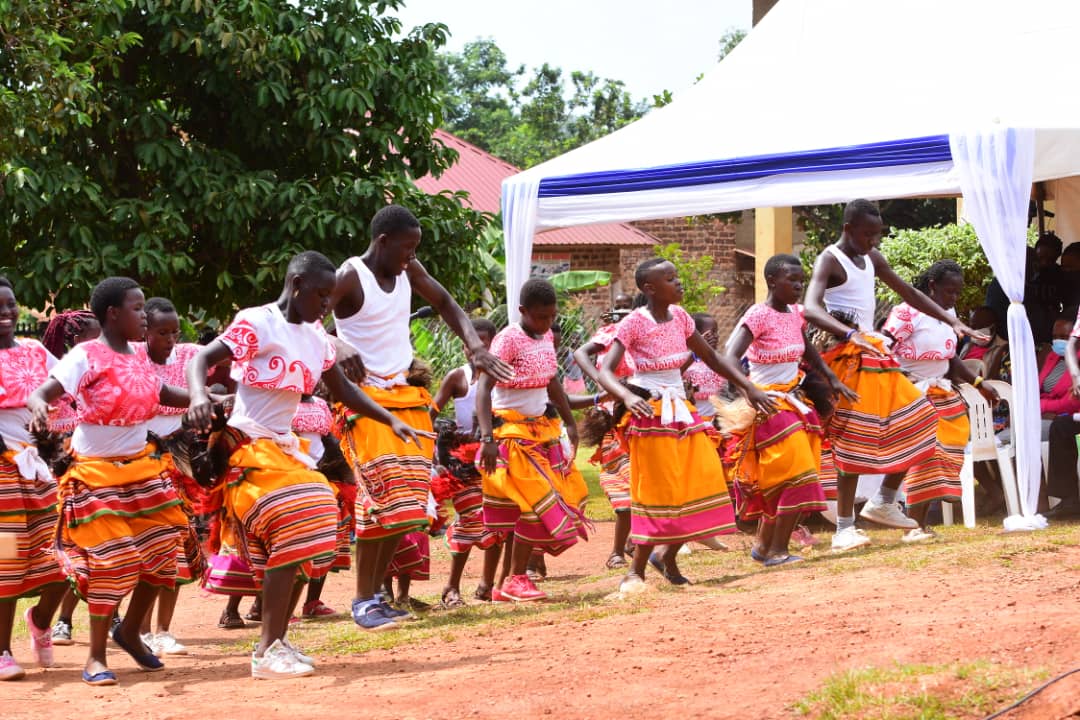 “We are now our own teachers on good nutrition and good farming practices. Our SACCO we started here after getting seed money from Hunger Project is also assisting us in financial literacy,” Ms Mubiru said.

Aiming to contribute to an end to hunger and poverty in Uganda, Hunger Project started operations in Uganda in 1999 and has since established 12 epicenters in Uganda. President Yoweri Museveni commissioned Uganda’s first community epicenter in Mpigi, Senge village, Kalamba Sub-county now Butambala district.