You may die like Kirumira if you don’t shut up! Ugandans warn ‘talkative’ former police officer Sam Omala

by Stephen Kalema
in National, News
53 2 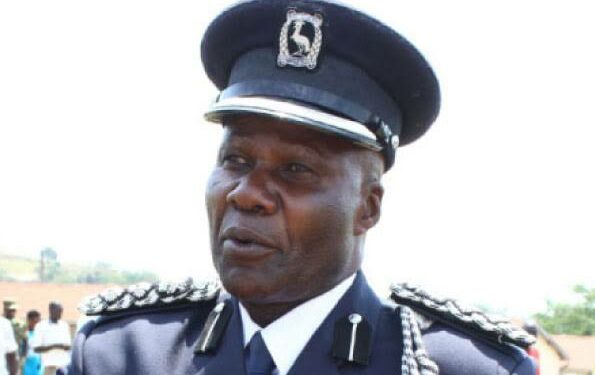 Ugandans on Social media have warned former police officer Sam Omala that he is likely to end up like fallen ASP Muhammad Kirumira if he does not refrain himself from making attacking statements against his former bosses.

Kirumira, the former Buyende District Police Commander, Muhammad Kirumira, was shot dead near his residence in Bulenga, Wakiso district in 2018. By the time of his death, Kirumira was a strong critic of Uganda Police administration.

Appearing on NBS TV a few days ago, the retired Assistant Commissioner of Police said he was never appreciated by the Police Force despite his exceptional performance when he was still a serving officer.

“I used to work, but the credit would always go to my bosses. I slept at Besigye’s gate for seven days during ‘Walk to Work’ protests but none of that was remembered,” Omala cursed during an interview.

He further said  that his job while in Police was a “job beyond salary” which entailed a lot of challenges. He also went on to reveal that if it was not for him and the late Andrew Felix Kaweesi, the current Sabalwanyi’s government would be no more.

“The Uganda Police was very disjointed at the time, enemies of the National Resistance Movement (NRM) were so many at the time, and if we did not stand on our two legs to say “NO”, this government would have collapsed at that time.”

Omala also went on to accuse his former boss Gen Kale Kayihura of ignoring his pleas to meet the President.

“Maybe he did not want to build my name, police officers were known to be corrupt but I said no! The opposition was bribing me with Shs 200 million, I believe the president would have gratified me, I blame Kayihura.”

However, netizens have told Omala to count himself lucky because he got a chance to finish his career peacefully, unlike his colleagues who were brutally murdered for making similar statements.

Ssenyonga Baker Mulinde – “What was he expecting, so fake, a lot of people have worked for the government and the nation at large, do you see them shouting? I thought he was saved and he knew what he was doing was about him and whatever he did, it’s was in the line of duty.”

Paul Ayebale- “Mr. Omala for God’s sake keep your mouth shut as you enjoy your retirement, otherwise, the people you’re starting to castigate could send you to your creator prematurely. You clearly know we have a pandemic of blood clots sweeping across Uganda amongst prominent people. Just rare your pigs, rabbits or whatever it is and happen as you have never lived. Don’t dare open your door to any journalist whatsoever.”

Jimmy James Bato-“Bwana Omala, please mind the table you are shaking. It has some expensive glasses that certain people won’t just enjoy seeing u break!.”

“Hmm, you brutalized innocent people to enforce Museveni on us not knowing his criminal government will make you suffer more. Now you’re regretting,” Musa Jian said.

Kibere Daniel- “The way this man refused to listen to Besigye!!! I tasted my first tear gas because of him in Wandegeya, he would give orders like he is the owner of Uganda, personally, Ugandans can forgive him, but the government you served won’t forgive you, you continue scratching it.”

James Emmex Nkwasibwe- “You were supposed to do your duties without Fear or Favour, you see??? The Condom rule applies! Use and dump!! But most times even where you dump it matters, so keep quiet, you might be dumped somewhere more dangerous.”

Okumu Fred- “Who tells you this regime can appreciate anything? Talking about appreciation is invoking their spirits of permanent silence!”

Simon Peter Ecodu- “He has signed his death certificate.”

Onyango Ochieng Jr. “I will NOT be surprised if Omala suddenly dies of BLOOD CLOT tomorrow”

Mukhwana Micloth- “You better keep quiet because you’re still alive, if I were you I would not allow media to come before me, you Rose from rank to rank, what else did you want, you’re accusing someone you don’t know.”

Lukon Rob-“Whoever is nearing death in this government talks like you.”

Deo Gracious Opio- “Are you safe after this statement. Hmmm. See this one looking for a blood clot himself. It’s already on the way ooh”

How Jinja Pastor, wife sacrificed their landlord’s daughter to get ‘spiritual powers’