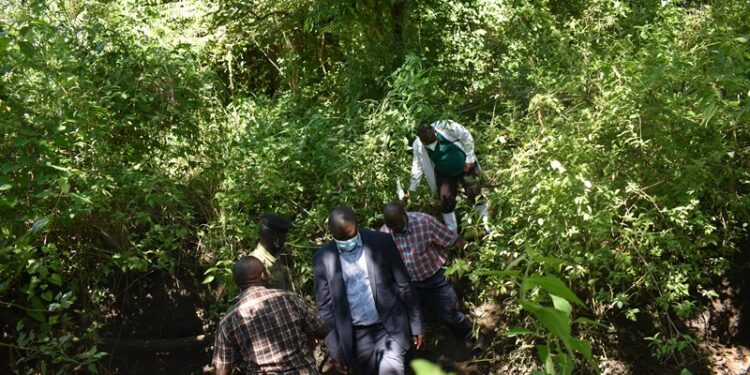 Parliament has passed a resolution approving the degazettement of 70 acres of a forest reserve at Laroo-Pece in Gulu City.

The degazetting of the forest reserve will pave way for the development and expansion of Gulu University. This followed a presentation of a report from the Committee on Education which had been tasked to study a motion moved by Bardege-Layibi Division MP, Hon Martin Mapenduzi.

Mapenduzi in his motion moved last month sought to have the Minister for Water and Environment implement a presidential directive to degazette the forest.

On 03 April 2020, President Yoweri Museveni directed then Prime Minister Dr. Ruhakana Rugunda to degazette the land and avail it to Gulu University for its expansion.

While presenting the, the Chairperson of the Committee, Hon John Twesige Ntamuhira said Gulu University needs to build key infrastructure on the 70 acres of the forest reserve. The facilities include the Faculty of Medicine and of Agriculture and Environment, research laboratories and a hostel.

“The Minister of Water and Environment should be given a timeframe within which to present to Parliament, an amendment to the Statutory Order declaring the central forest reserve, degazetting the 70 acres in accordance with section 8 of the National Forestry and Tree Planting Act, 2003,” he said.

He revealed that the University has acquired 500 acres of land in Nwoya district as alternative land for the establishment of a new forest reserve. He however, said the land is on a leasehold tenure of 49 years.

“The Committee was informed by Gulu University that it is in the process of having all the legal requirements expeditiously worked out to facilitate the process of issuing an amendment to the Statutory Order declaring Gulu Central Forest reserve by the Minister,” Ntamuhira said.

He added that Nwoya District Land Board told the committee that they are willing to support Gulu University to have the leasehold certificate of title comprising the 500 acres converted to freehold tenure to enable National Forestry Authority (NFA) own the land in perpetuity.

“The committee recommends that Gulu University fast-tracks other requirements precedent to degazettement like carrying out an environmental impact assessment to facilitate expeditious handling of the degazettement process.” added.

While moving the motion to degazette the forest reserve, Mapenduzi said Gulu University faces a challenge of lack of land on which to expand since it is located near Gulu Central Forest reserve that sits on 243 acres.

Deputy Speaker, Anita Among directed the Minister to present before the House a status report and subsequent motion for degazettement of the forest reserve.