by Stephen Kalema
in News, People
14 0 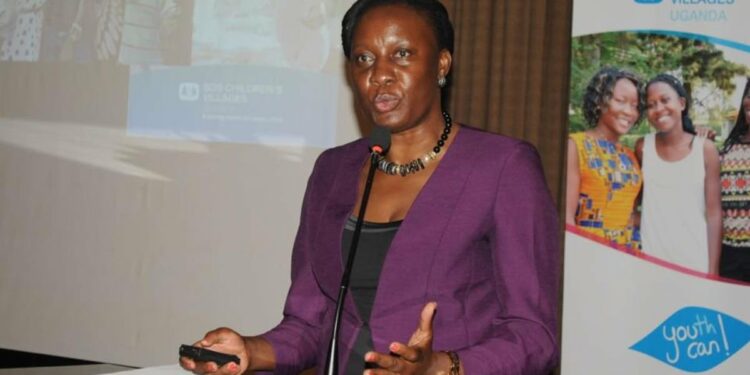 According to UCAA Public Affairs Manager Vianney Mpungu Luggya, Ms. Lumonya will be reporting to her new working station next month on November 15th

“This is to confirm that Ms. Olive Birungi Lumonya was appointed as deputy director-general of Uganda Civil Aviation Authority on October 5 and she will be reporting to work on November 15,” reads the part of the statement.

Her appointment follows her excellence performance in the interviews that were conducted this year in March where she scored 80.7 percent beating Prof. Tom Davis Waswa who scored 74.7 percent and Mr. Fred Bamwesigye who got 73.4.

Following her overwhelming performance, she was confirmed as the new Deputy Director General by the Minister for Works, Transport and Communication, Gen Edward Katumba Wamala, who signed on the copies of the instrument of appointment indicating that Ms. Lumonya has been appointed to serve in that capacity on a four-year contract effective this month.

Ms. Lumonya is a Master’s degree holder in Business Administration from the Eastern and Southern African Management Institute (ESAMI). She also has a bachelor’s degree in Mass Communication degree from Makerere University. She is also a chartered marketer, certified balanced champion and an African Board Fellow.

Ms Lumonya has ever worked at Nile Breweries Ltd as brand marketing manager, National Social Security Fund as head of marketing, communication and SOS Children’s Villages. Ms. Lumonya has a working experience of 20 years in leadership working both in corporate and non-governmental organizations sectors.

She is also experienced in developing and implementing strategic and business plans, customer service management, stakeholder engagement and communication, people and performance management which puts her in good stead to add value to CAA.

She has ever worked as chairperson of FINCA Uganda and also served as a member of the Board of CAA in the period between March 2014 and March 2020.