by Stephen Kalema
in News, Politics
16 0 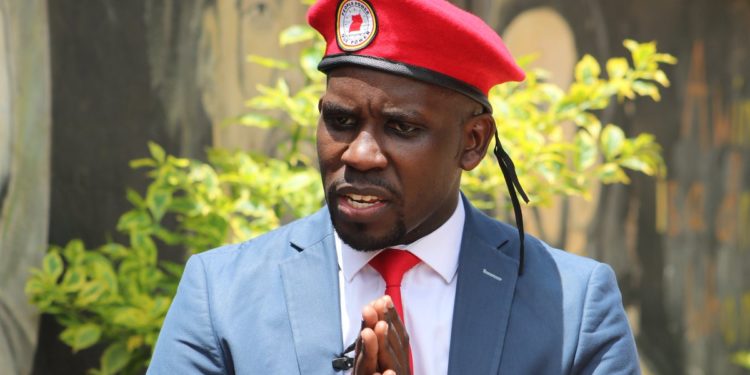 Members of the Opposition has said they are not planning any violent riot or political demonstration as Uganda Police alleges.

They have instead advised Police and other security agencies to find other means of ‘stealing’ money from the state but not in the name of disguising that they are fighting violent riots allegedly being staged by the opposition.

On Thursday, Police issued a warning informing the public that the leadership of the Joint Security Agencies had obtained credible intelligence about plans by National Unity Platform (NUP), the newly formed ‘Peoples Front for Transition’ and other political actors, to hold riots and political demonstrations across the country, beginning, Monday next week.

While speaking to journalists yesterday, the Police Spokesperson Fred Enanga said the intelligence revealed to them how NUP had mobilized its political leaders at various levels from Members of Parliament, Councilors and other local actors of violence to hold riots and political demonstrations over the lawful remand of two opposition MPs namely; Hon. Ssegirinya Muhammad and Allan Ssewanyana.

“The other reasons they are fronting rotate around the ongoing bail reforms. On the other hand, the People’s Front For Transition, has through their leader, the Rtd. Col. Dr. Kiiza Besigye, called for all forceful means to take over a legitimate government,” Enanga said.

“As Joint Security Agencies, we took hard lessons from the November, 2020, riots and political demonstrations, and the collateral damage suffered. This time we are going to respond swiftly and target the perpetrators, professional instigators of violence, ring leaders, participants and those who may be funding such illegitimate acts of violence.”

Backing up his statements Enanga revealed that so far 4 suspects have been arrested from the NUP camp and are in custody in Kasese.

It’s alleged that the suspects had plans of inciting violence with related subversive activities.

“All suspects who include; Basisa Bryans, a 37-year-old, male adult and resident of Kamaiba ward, Kasese district; Mumbere Isaac, a 31-year-old, male adult, of Nyangi village; Bwambale Geoffrey, a 29-year-old, male nurse of Nyagoda 1 village and Isande Atanazio, a 27-year-old Laboratory technician of Ibanda I cell, are under custody at Kasese Police headquarters.The operations to crack down on all criminal elements involved in the planning and preparation for the violent riots and political demonstrations are still ongoing.”

However,  NUP Spokesperson Joel Ssenyonyi says their party has no intention of holding any demonstrations but Police is trying to pave way on how they can siphon money from President Yoweri Museveni.

Harold Kaija the Spokesperson of the newly formed Front also told disclosed that Ugandans have a right to demonstrate therefore Police has no right to stop them.

He, however, stated that currently thry have no plans of holding any political demonstration.

“Ugandans are given a right to hold demonstrations whenever they feel oppressed by the state. So Police should know that people have that right however we don’t have any plans of demonstrating. This is their planned propaganda to arrest innocent Ugandans.”