by Wilfred Arinda Nsheeka
in News
1 0 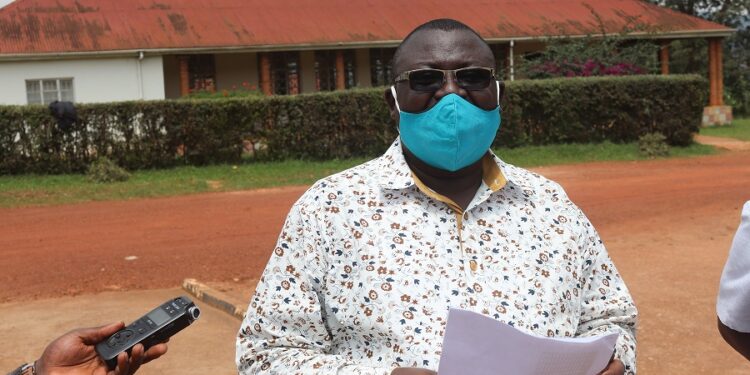 ShareTweetSendShare
The Kabale District Resident District Commissioner, Godfrey Nyakahuma has called on General public Support to fight terrorism following the Bomb attacks in the country.
He revealed that following the recent Bomb attacks, security is deployed heavily with ready security in several parts of Kampala and terrorists may move to upcountry districts targeting innocent people thus calling for vigilance among the public.
RDC NYAKAHUMA GODFREY sounded this while speaking during the Kabale district Council seating held at Kabale district Rukiiko hall Kabale District.
He added that fighting terrorism will be made by the support of the people by creating security and terror alert through reporting any strange person, strange luggage in their respective areas so that they understand what they are intended to do.
He informed the public that through their support they will be able to fight terror attacks and stay in a peaceful environment.
He noted that they have already organized security meetings put in interventions to avert any terror attack in Kabale district and Kigezi as well
On Saturday last week, a bomb blast killed at least one person and injured at least five others at an eatery in Kwata zone, Komamboga, Kampala, at around 21:00.
One person was confirmed dead and another injured in another suspected bomb explosion in a Swift Bus at Lungala, Mpigi town council.
The incident involving a moving bus, registration number UAU 989T took place at around 5:20 pm. The bus was destined for Bushenyi district.