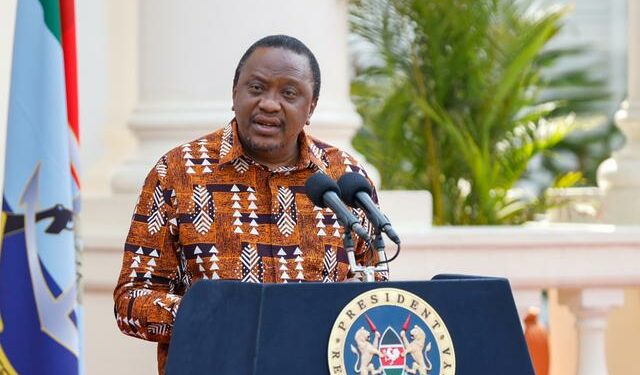 Uhuru Kenyatta’s move to lift curfew coming as a surprise to his political allies like Raila Odinga, seemed to redefine the future of Kenya political campaigns away from tribalism  and popularism of individuals to focus on economic liberation. Presidential campaigns have been going on with still competition between Raila Odinga and William Ruto competition for the mount Kenya block vote in the last two months. None of the two contestants seemed to present a manifesto for the people, but have focused on exchanging criticisms.

After Uhuru spoke on heroes’ day, majority believe that he was telling Kenyans that choose the next president based on their competency and character to guarantee economic liberation for all Kenyans irrespective of tribal origins.

Surprisingly although curfews were hurting Kenyans, the major political contestants Ruto and Raila never in any of their speeches advocated for lifting of the curfew. Only Mudavadi of the ANC party a less aggressive choice had been tweeting calling on Uhuru to lift the curfew a week before in order to save Kenyans from economic devastation. It is left to see how Ruto and Raila are going to either adopt the agenda of economic liberation not with empty promises of what they will do when they become president but what can they change now before elections. The social economic challenges currently being faced by youth after covid mandatory restrictions since march 2020, are known and changeable if Ruto and Raila really cared about the peoples wellbeing. Uhuru’s gift to Kenyans  by lifting curfew abruptly has not only exonerated him from being one of those against economic liberation of Kenyans, but has also earned him one tangible medal to his legacy for going against international trend for the good of Kenyans.

Global pressure to maintain mandatory restrictions like curfew in most nations continues, even if there is no evidence on how curfews cubed the spread of the corona virus. Youth across the global are likely to use Uhurus action on economic liberation to pressure their own governments to lift what many perceived as a meaningless curfew restriction.  Uhuru and Mudavadi could be winners perceived as the champions of economic liberation this week, which will reduce the credibility and relevance of Raila and Ruto in the on going political campaigns to win Mount Kenya, Luo and other major  voting blocks. However since Uhuru is not returning on the ballot come 2022, then Mudavadi would have to utilise this ticket to redefine himself away from past perceptions of being gullible, weak and silent to becoming a Mandela type of personality whose ideals gather Kenyans towards a new vision of Kenya.

Since the subject of economic liberation affects all Kenyans irrespective of tribe, this new approach to justify competency on economic liberation may start undermining the traditional culture of voting by tribal blocks in Kenya and usher in a new trend of voting based on self evident competencies. If action on change was anything to go by for Kenyans to decide whom they will vote, rather than money spent on campaign crowds, then the tone for campaigning is likely to change from mere rhetorics to evidence based policy changes whose impact Kenyans can feel.