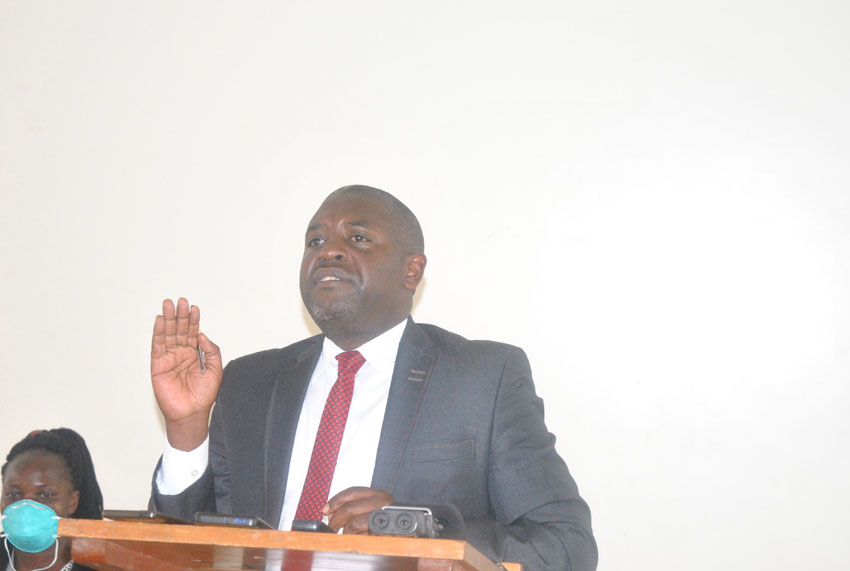 The former Kabale Resident District Commissioner Darius Nandinda has been accused by NRM members of fighting the party flag bearers in the 2021 general elections.

According to the Party members who convened at Kirigime guest House over the weekend while welcoming the new Kabale RDC, Darius Nandinda’s behavior resulted into NRM flag bearers losing political positions.

The NRM elections officer for Kabale District Maurice Mugenga Kaitaba accused Nandinda of preaching the NRM agenda in the day and practice the opposite at night.

“Nandinda worked at first but later messed. At one time police impounded our flag bearer’s vehicle for ferrying music systems in Kabale town,but minutes later, similar vehicle belonging to the independent candidate appeared with the same music but wasn’t impounded. When we talked to the RDC,he ignored the matter. But it was public knowledge that he was in bed with the independent candidate,”Kaitaba Said.

The NRM members further told the new Kabale RDC Godfrey Nyakahuma that their hearts have been divided,and he was supposed to unite them.

While commenting on the matter, Nyakahuma promised that he will do his best to promote the NRM party in Kabale,and leave “history in history”.

Nandinda,who had been the RDC for Kabale District for close to a decade was recently transferred to Nakasongora district.

Batwa Get startup capital for Business