I have just met and spoken to Lumbuye in Turkey, he wants to relocate to another country but not Uganda, MP Nkunyingi discloses

by Mubiru Ivan
in National, News
18 1 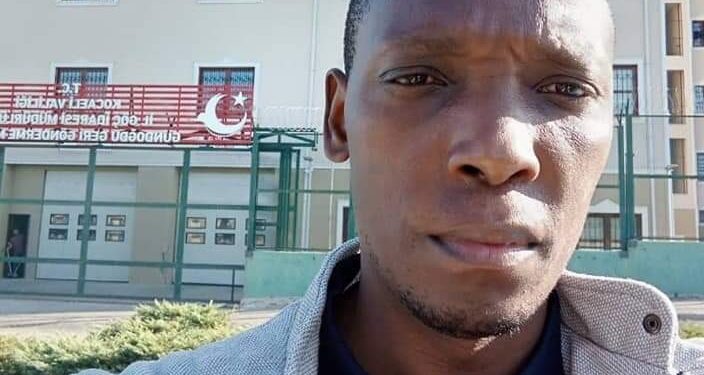 MP Nkunyingi at the detention centre where Lumbuye ia being kept

Kyadondo East Member of Parliament Muwada Nkunyingi has said he has managed to meet blogger Fred Kajubi Lumbuye who is being detained at Kocaeli Valiligi Foreigners Detention Centre in Turkey.

The Turkey based Ugandan blogger was allegedly arrested from the European country at the beginning of August and according to the State Minister for Foreign Affairs Henry Okello Oryem, he was to be repatriated to Uganda before being charged for promoting sectarianism and instigating violence.

Through his Facebook page, Nkunyingi said with the help of a Turkish lawyer a one Adnan, he managed to physically meet Lumbuye who told him he wants to relocate to another country but not Uganda.

“He is alive and quite well though bored being in one place. He claim they had told him that he will stay in detention centre for 6 Months. His wish is to secure his Freedom and Possibly relocate to another Country but not Uganda.The other details are reserved for now,” said Nkunyingi, who is also the Shadow Minister for Foreign Affairs.

” He has thanked you all for caring for his safety. Unfortunately he is not allowed to speak on phone, write or take photos. The reason they gave is because his detention is monitored by Turkish Government. But they guided us through the lawyers on how to process the details of his wishes.”

Last month, Uganda Police confirmed that Lumbuye was not in their custody.