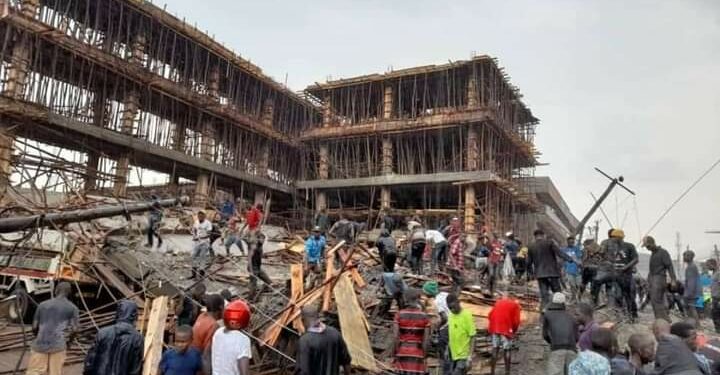 Kampala Capital City Authority (KCCA) has accused businessman Haruna Sentongo of adamantly ignoring calls to halt the illegal construction works that led to the collapse of his building in Kisenyi.

Following the development, KCCA said according to their records, the construction works at the site in question did not have the requisite planning and building permissions as required by the law and were therefore illegal.

“Once the structure is illegal, then it can’t be supervised by KCCA building inspectors and such works have to be stopped following the protocols stipulated in the building laws.In this instance, KCCA had issued a Removal Notice, as per section 72 (1) of the Public Health Act on 30th June 2021 and an Enforcement Notice on 29th July 2021. Further inspection was made and by the end of July 2021, the structure was at the second level. By the time of the collapse, construction had proceeded despite notices served and an additional two levels had been constructed in a space of just one month,” the city authority noted in a 6th September statement.

“The developer ignored KCCA instructions to halt works with the same impunity exhibited at the recent construction site collapse incident in Kitebi, Lubaga Division. These accidents could have been avoided if the developers heeded to KCCA’s directives.Many times these accidents are attributed to employment of unqualified personnel, use of poor work methods, poor materials, inadequate designs, inadequate supervision, short breaks between construction to allow concrete to set, inadequate ground conditions etc.”

The authority further asserted that its determined to put an end to the malaise but said this will also require public support to cure such kind of impunity that puts lives at risk and help bring all perpetrators to book.

“KCCA is working with Uganda Police and other government agencies including National Building Review Board (NBRB) to bring to book all those involved in the flagrant violation of the country’s building laws putting at risk the lives of innocent Ugandans who went to the site seeking work. A report on the incident and those prior shall be shared in the due course.”